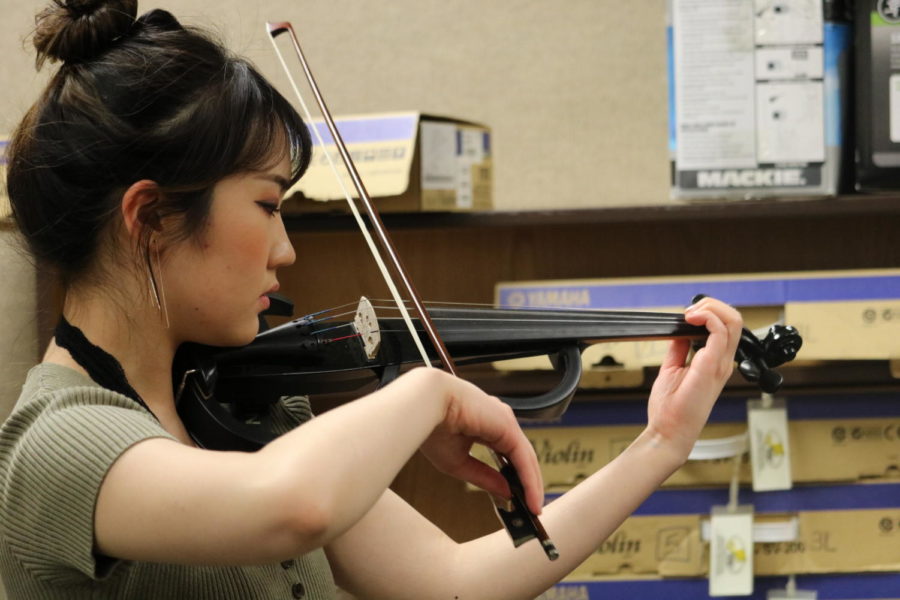 Jiwon Yu, club president and junior, practices the club's latest music. The Carmel Electric Ensemble is preparing for the upcoming April concert, and they have been meeting more often to better their playing beforehand. Yu said, “We are working on the rhythms and intonations (individually) because we are going to sight read for the next rehearsal.”

The Carmel Electric Ensemble has changed its setlist from what they had previously prepared for the winter concert.

After returning from an extended break from the club, the ensemble members have begun to rehearse more often during their SRT time slots. The previous rehearsals in April allow the group to come back together to play after the long break.

The members of the ensemble are using the new music in their upcoming practices as they are nearing their concert in late April, which has yet to be set for a specific date.