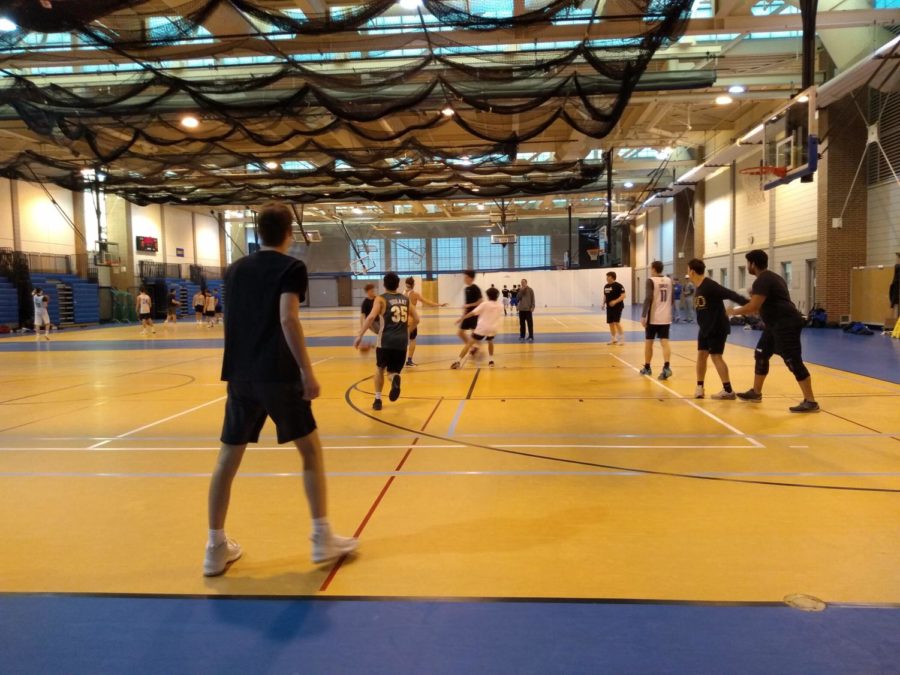 Intramurals head sponsor Kyle Cluver said that as of now, there is nothing new planned for the remainder of the year unless a member requests to organize an additional sport.

Reflecting on the championship game and the intramural basketball season as a whole, Cluver said, “Compared to other years it (the intramurals basketball season) started off a little rocky with the change of schedule because of what happened in the fieldhouse. That kind of threw a wrench into things. It was pretty smooth sailing from there and we didn’t have any really major issues. I would call it a pretty successful season.”

Seigo Tomozawa, Intramurals member and senior, agreed with Cluver on the success of the season and said that he overall enjoyed playing intramurals and spending time with his friends.

Tomozawa said, “I like the competitive aspect. You get to play with all of your friends and it’s just a fun thing to do – to get together after school and relieve some stress and have a good time.”