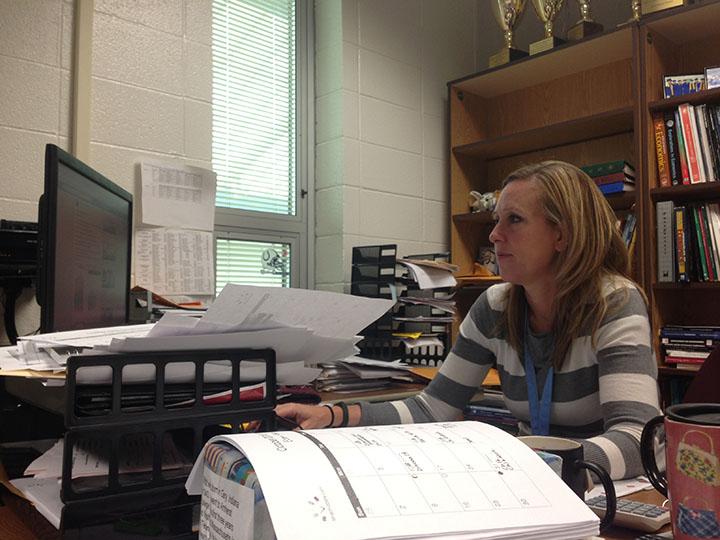 Michelle Foutz, club sponsor and Economics teacher, sits at her desk looking at emails. She said she is looking forward to next year’s Economics Challenge competition.

CHS’s Economics Club members proceeded to the semifinals on April 17. The team previously won in both the David Ricardo and Adam Smith divisions, leaving Michelle Foutz, club sponsor and economics teacher, to pick four students from each division to compete in the semifinals. However, they did not win at semifinals.

“Losing will always happen, it just depends when. We have this competition every year, so there’s always an opportunity to do better. Nevertheless I’m proud of my students,” Foutz said. Foutz has been the club sponsor ever since the club started. She’s been with the club during every loss and win.

“Even though we didn’t win, I still feel proud of my team. We’ll have an opportunity next year, and the year after that,” Matthew Daly, Economics Club member and sophomore, said. By Daniel Kim