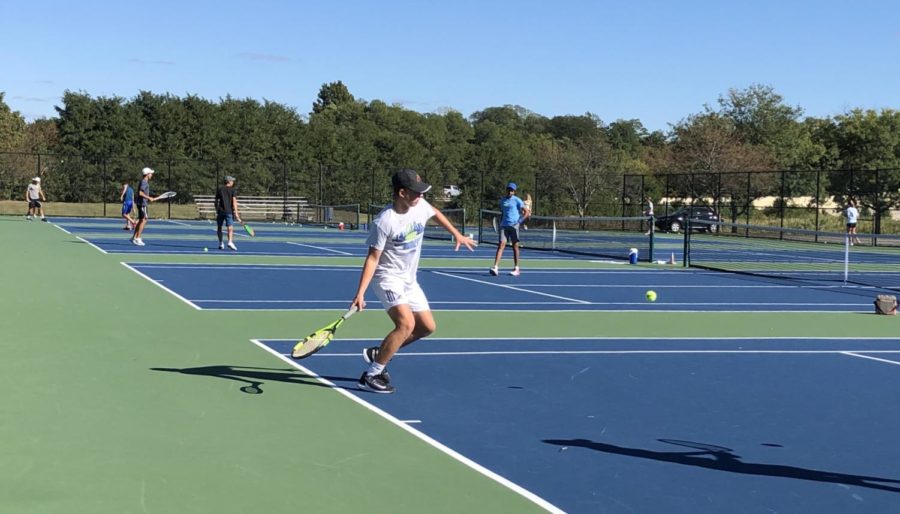 Varsity tennis player Presley Thenieman practices aggressive play for the State competition. He, along with the rest of the varsity team, won both of their matches at Sectionals.

The men’s tennis team won their Sectional championship on Oct. 3 over Guerin Catholic. On Oct. 2, they won their match against Westfield to advance to the Sectionals championship where they won 5-0.

However, he said that he wants to work with the doubles team as they struggled at Sectionals.

Hanan said, “I definitely think that our doubles team could get stronger. Although we won, I still think we could have played a lot better and a lot more aggressive.”

Presley Thenieman, one singles player and senior, said, “I felt like our team played smoothly since we didn’t drop a single match but I do feel like we could play more aggressive and try to win more points at the net.”

Both Hanan and Thenieman said that they are preparing a more aggressive and faster tempo play style for the State competition. They both said they feel the team has a strong chance at winning State due to their performance at Sectionals. By Aniket Biswal