United flag football team lives up to their expectations at Sectionals 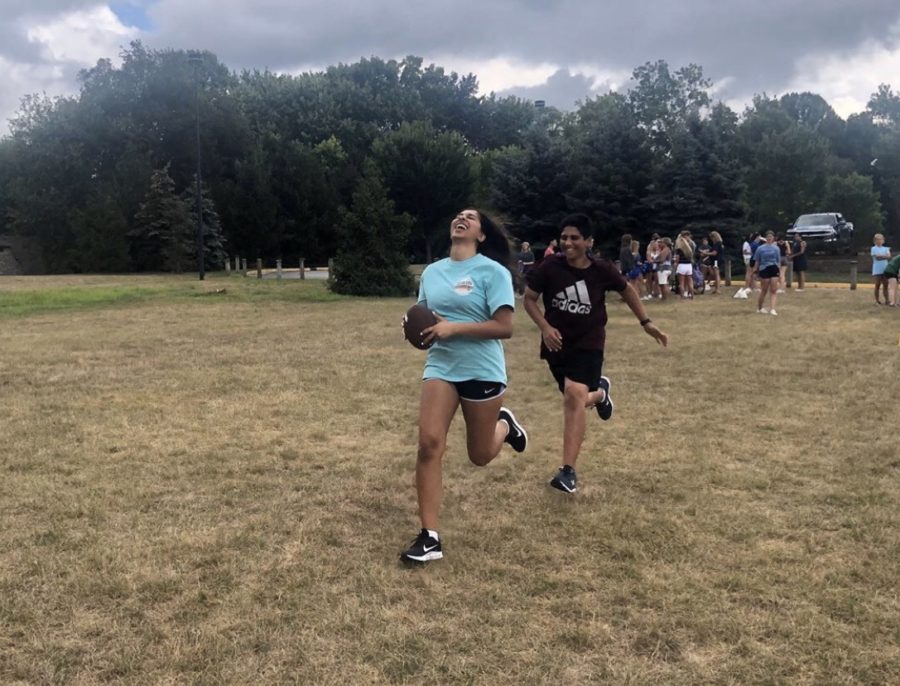 The United flag football team practices their plays for their next game. Partner and freshman Ryan Deldar said that his team played well against their opponents on Oct. 8 during Sectionals.

During Sectionals on Oct. 8, the United flag football team won their game against Zionsville 60-49. However, they lost their second game to Mooresville 28-14.

Despite the loss, partner and freshman Ryan Deldar said that he thought his team did well and surpassed their expectations.

“I think we expected a close game,” said Deldar. “But we played our best and we ended up winning by a decent amount of points.”

“Our team played really, really well,” said Barnes. “There was a lot more pressure, but our team stepped up to the challenge.”

Deldar said the team has changed in a good way ever since their first game. He credits these changes to the games they’ve won.

“Our team has gotten better in communication and in running during the games,” said Deldar. By Daniel Kim