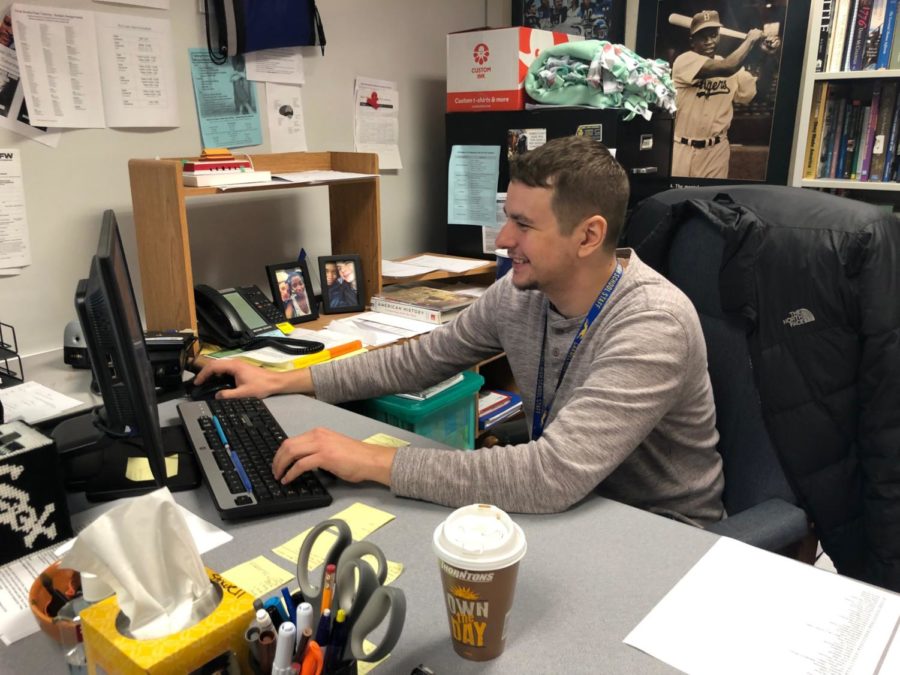 James Ziegler, Academic Super Bowl sponsor and social studies teacher, reviews the final list of captains. Ziegler said that although they have begun to divide into individual quads, it is not too late for new members to join.

According to James Ziegler, Academic Super Bowl sponsor and social studies teacher, the team plans to divide into the six subject quads now that they have announced the team captains.

Ziegler said, “Once we announce the captains, I let the students free and they meet with the captains (of the subject team) they are interested in. They then exchange contact information and I ask the captains to talk to their teammates about what would be a good practice base for individuals to meet and begin establishing practice calendars for each subject teams.”

Martin Emerson, math subject team captain and senior, said the math squad plans to meet soon to get a general sense of where the team is at.

Emerson said, “The plan for the first meeting with the whole team is to get to know each other, show them what kind of material we are working with and to gauge how much people know about each topic. This way, we can plan out lessons for throughout the school year and for competitions.”

Ziegler added that though some subject teams have begun to meet, anyone interested in joining is still welcome.

Ziegler said, “Anytime throughout first semester, new members are welcome to join. We will still accept new members in the second semester, but it’s harder because the competition season is closer then.”