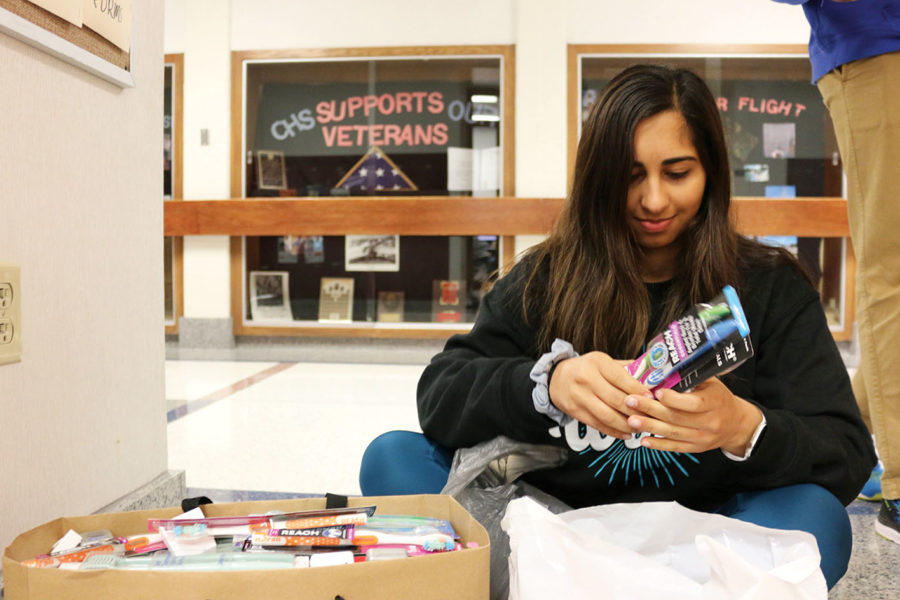 To many, senior Emily Deldar may seem like any other student at this school. However, as the founder and president of World Smiles Mission, Deldar’s sphere of impact isn’t limited to just CHS. With a focus on bringing dental necessities, such as toothbrushes, to developing areas, Deldar’s organization has created change in regions as far away as Malawi, located near the southern tip of Africa.

In fact, it isn’t often that “teenagers” and “philanthropy” are lumped together; rather, National Philanthropy Day, which is today, may more likely bring to mind organizations such as Red Cross or Amnesty International. Yet philanthropy isn’t limited to these well-known organizations or even to adults, for that matter, and Deldar is just one of the many students at CHS attempting to create a difference in the world.

“I went to the Hugh O’Brian Youth Leadership seminar and the Congress of Future Medical Leaders the summer before my junior year, and I just felt super inspired to do something more than myself,” Deldar said. “And then I found out that half of the world’s population doesn’t have a toothbrush. I just found that off a quick Google search. But then I felt drawn to do something about that because it felt like it was simple.”

Emma Xiao, president of KidsCare and sophomore, is another student who said she has felt inspired to make a difference in the world through creating her own organization. She said KidsCare is devoted to raising money for children with congenital heart disease in Tibet and added that creating this new organization has helped her work toward creating change in the areas she cares about the most.

“I’m more interested in the cardiovascular department of biomedical studies, so that’s what I wanted to focus on originally,” Xiao said. “Creating our own organization has allowed us to focus more on what welfare we’re interested in rather than what someone else might interested in.”

Deldar said she agreed, saying she was not only able to focus more specifically on her philanthropic passions in creating World Smiles Mission, but also able to exercise her leadership skills.

“I think a lot of people find their passions joining other organizations, but I don’t think that I found mine somewhere else, and I really like leading and running (a team),” Deldar said. “I like the administrative work, and I like doing all the hard work. So, I think it’s fulfilling for me being able to take on that role. I kind of just wanted to do my own thing… You can build it based on specifically what your passions are.”

Because of this, many students choose to pursue their philanthropic passions through joining already well-established organizations, such as UNICEF. Senior Viha Bynagari, co-president and fundraising co-chair of Carmel UNICEF, said she first joined this organization because it was the charity she had heard about the most, but she stayed for the opportunities to help children and mothers in need.

“What’s great about these established organizations is that you already have a nice framework to work with and work for,” Bynagari said. “I was really attracted to the idea that I could help other children in need. I was also interested in joining UNICEF because it has such a large reach internationally, and because I recognized the name, I was like, ‘Okay, I want to extend myself and help.’”

Bynagari elaborated further on the “framework” of established organizations such as UNICEF, saying certain charity events, such as Trick-or-Treat for UNICEF and UNICEF Kid Power, are held across the organization and even internationally. However, she added that Carmel UNICEF has organized and hosted independent events as well, such as the UNICEF charity ball earlier in April.

According to Jill Noel, Carmel UNICEF club sponsor, student-led philanthropy has become a lot more realistic and common as a result of the spread of social media, which has allowed for more people to become involved. She also said while UNICEF is an internationally established organization, Carmel’s chapter is still student-run.

“In today’s society, I really think you have access to all (philanthropic) resources just because of social media. You can always just go online and look for philanthropic areas where you can be involved,” Noel said. “And as the (Carmel UNICEF) sponsor, it’s been really neat to see how our donations have raised from just hundreds to thousands in years. And it’s really neat to see the kids get so involved because it is for a good cause.”

While UNICEF may have a different platform than World Smiles Mission or KidsCare, all three organizations share a common goal of bettering the world. As Bynagari put it, philanthropy is still philanthropy, no matter the organization or affiliation.

“Ultimately, I do believe in joining a charity,” Bynagari said. “It’s a lot of work and a lot of effort no matter what you do, but I think it’s beneficial. Despite any stigma that may exist against (teenage leadership), I think it’s something that people should support.” 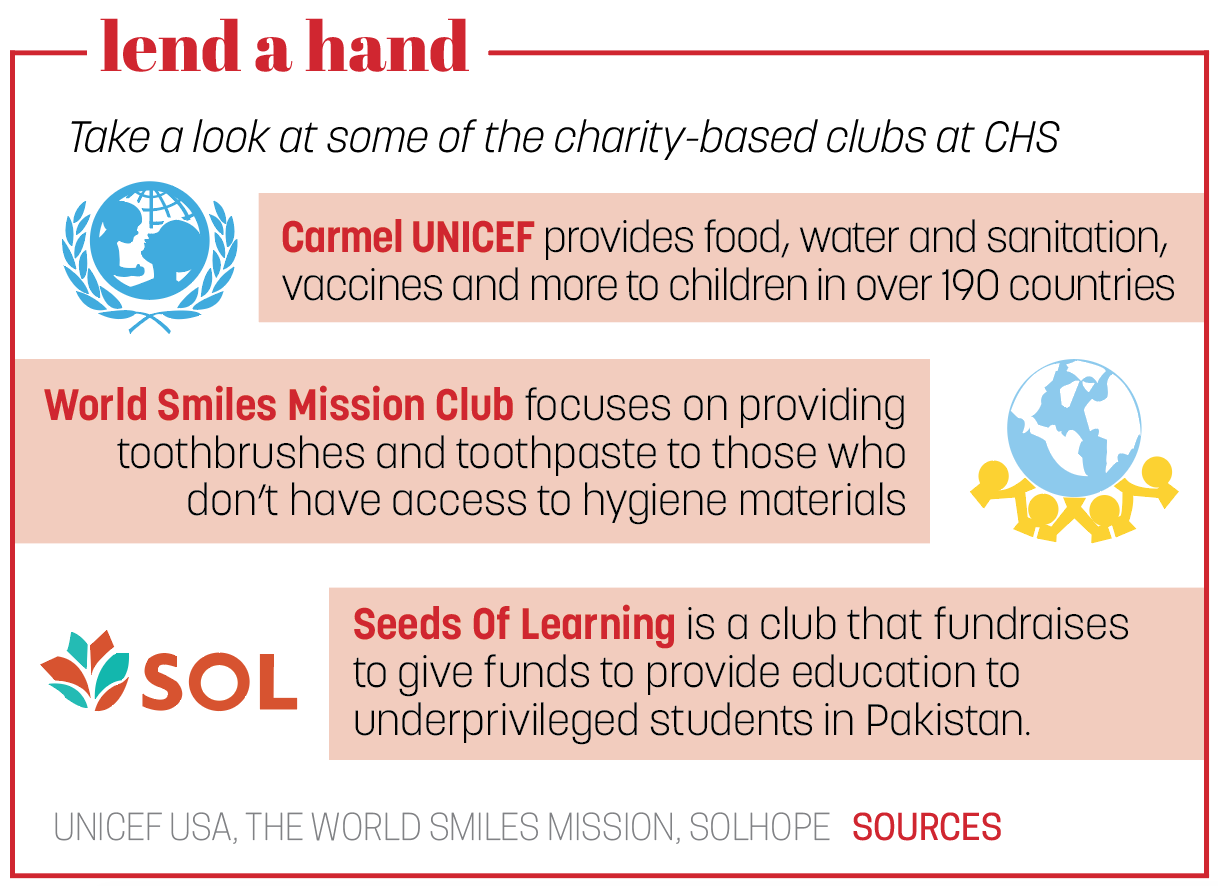