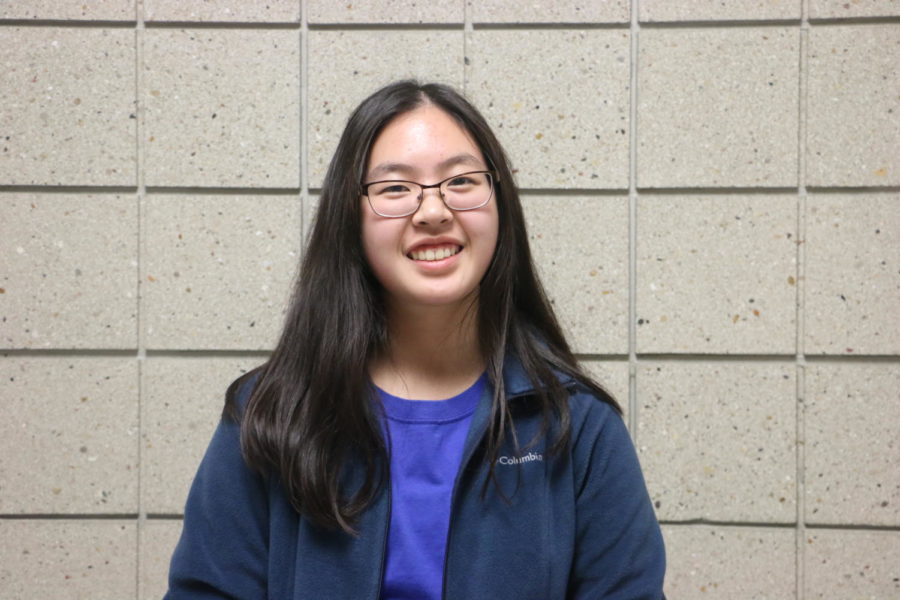 Read a Q&A with Here

Could you describe your STEM involvement?

I’m doing SciOly (Science Olympiad) this year. Last year, I did a chemistry competition called You Be The Chemist, and I made it to nationals. I also took a placement test over the summer (to test into AP Calculus BC); that’s how I got in. I took extracurricular classes for precalculus and trig(onometry), so those helped because I was skipping precalc and trig.

As a freshman in (AP Calculus BC), it’s pretty cool. It’s not too difficult. I understand the material. I have some upperclassmen friends in my class, which is nice.

Both of my parents are chemists, so I feel like I started getting into chemistry at a younger age. I was also interested in math from the beginning, so that helped me become more interested in the STEM field.

What aspects of like chemistry and math do you find the most interesting?

There’s usually a right answer, so that’s nice. There’s not a lot of deep thinking.

How has STEM impacted your identity?

I feel like a lot of people know me as a person who’s good at math and science. In the future, I probably will end up going to something STEM-related. I’ll probably major in chemistry, maybe go into the medical field.

What has your experience been so far as a female in STEM?

I would say in a lot of the STEM things I’ve done, there have been a lot more guys than girls.

Have you experienced any challenges as a result?

Not necessarily, because you know, we all like STEM and chemistry and math, so there not really that much difference.

I would say, just pursue your dreams. If you want to do STEM and do it. Don’t listen to anyone who’s like, “Don’t do it because you’re a girl.” You should just do it. It’s cool to be a girl in STEM.