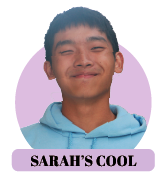 Throughout the past decade, video games have seen tremendous growth in terms of their player base, competitive scene and mainstream media attention with celebrities like Drake and Lil Yachty streaming games. But video games have also seen their fair share of controversies, especially concerning the prevalence and popularity of many violent video games.

Last year, President Donald Trump and other government officials made comments about the link between video games and violence; however, according to the American Psychology Association, there is no link between violent video games and criminal activities, specifically gun violence. In fact, there are some benefits to playing video games.

According to Engagdet, the benefits of playing video games include better multitasking, coordination and social skills. For example, many action or first-person shooter games require the player to keep track of a multitude of things at the same time. Ammunition levels, the playing field, movement through a keyboard or joystick and amount of time left are all examples of critical elements of many games necessary to keep in mind when playing the game.

According to a study done by researchers at the University of Toronto, regular video game players have been found to perform better overall and improve faster when taking tests of sensorimotor tasks or hand-eye coordination tests.

There is a funny story about a Counter-Strike team, a first-person shooter game, made up of players ranging between 60 and 80-years-old that competes at local tournaments. They don’t only play because it’s fun, but also because it helps improve their hand-eye coordination and keeps their minds active.

Video games can also have social benefits. For example, in recent studies, researchers have found that television and social media use are more linked to problems of anxiety than video games. They say it’s because 70% of people who play games now do it with friends in person or online. I’d agree with this statement. It’s comparatively more boring to play games alone than when you have a group of friends online with you.

Like many other things, video games in excess are bad and detrimental to people’s mental and physical health, but in small doses, they provide a window of entertainment and social interaction. When I’m stuck indoors because of sickness or other problems, I don’t find any shame in playing a game of League of Legends and neither should anyone else.

The views in this column do not necessarily reflect the views of the HiLite staff. Reach Raphael Li at [email protected]

Click this to view a feature story regarding stigma surrounding violence and video games.