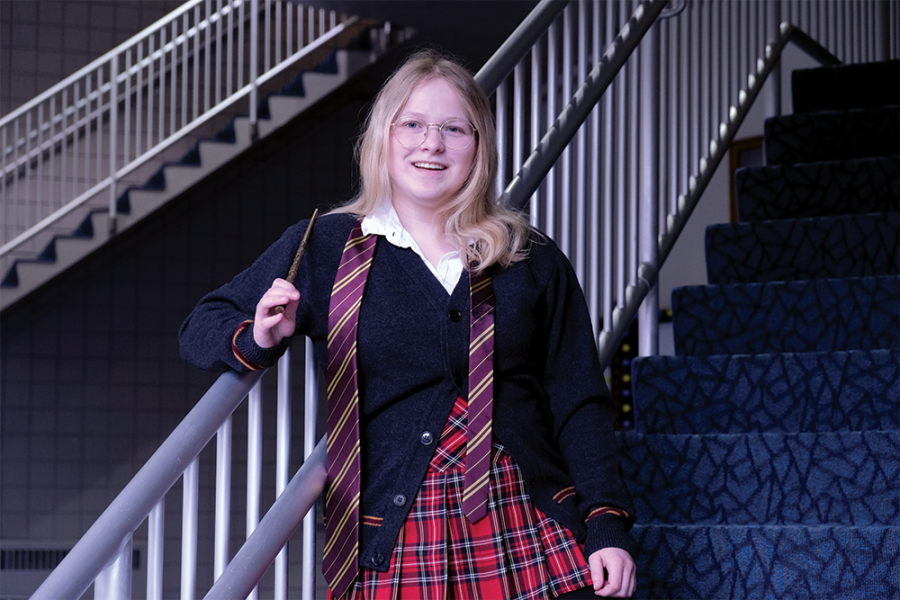 Princesses, witches, fairies… there were many personalities for Rachel Redman, cosplay club member and junior, to look up to, and later dress up as while growing up. Today, there are even more characters for girls to look to as powerful role models and more to come with upcoming movie characters like Harley Quinn of “Birds of Prey” and Natasha Romanoff of “Black Widow.”

“Young girls really look up to women as powerful figures,” Redman said. “When they see female superheroes in movies, they look up to them as an inspiration that they can also be powerful and impactful.”

Redman said it’s not terribly difficult to participate in cosplay for female characters.

“For cosplay, I usually get together clothing items that I need and props, get dressed, put on some makeup maybe, might do my hair and get going to where I need to go,” Redman said.

“If women have more opportunities to demonstrate their strength, intelligence and courage on-screen via superhero characters, the cultural conversation will change over time,” Bruner said.

“A female protagonist is someone who is comfortable being herself,” Elliott said. “I like seeing female characters who are unapologetic of their personalities.”

“Other girls and women need to see people who are like them and not just the male superheroes on the screen,” Redman said.

Redman also said the increase in female characters makes cosplayers feel more comfortable in the cosplay community and in their everyday environment because they, like the superheroes, embrace what is unique about them.

“In today’s society, power and uniqueness (are big factors of cosplay),” Redman said. “There’s uniqueness in showing people what you like and who you are as a person.”

Elliott said, from a societal standpoint, more female presence in movies is a victory in itself.

“(The rise of female presence) has shown people that women are capable of just as much as men are,” Elliott said.

“If men and women have rarely seen evidence that women can be rescuers and not just rescued, they can hardly be faulted for repeating well-worn Victorian ideas about the ‘separate spheres’ of males and females that relegated women to secondary roles in the home,” Bruner said.

Redman and Elliott said depth for female characters has also improved over time but there can always be more progress. They said today’s female superheroes are more likely to stick to their own values despite the world telling them there is something wrong with them.

Redman said, “There has been a demand of more female characters and heroes in movies and people are starting to see that representation really matters.”

Elliott said modern, female influencers and superheroes share similar morals: making girls comfortable in their own skin and promoting the idea to support one another. She said modern movies often portray out-of-world characters similarly to humans with their daily crises and thought spirals that many struggle with.

“(Movies with positive female figures) just show that girls can be comfortable being themselves and should not feel like they’re less than,” Elliott said. “Putting women in different types of roles in movies and pop culture is really important since that’s what people are paying attention to.”

Bruner said all in all, there is still a lot of work to be done so people can see more strong female characters. She said, to date, while efforts have been admirable, the push for more by consumers will leave the movie industry expanding female superhero development in the future.

“I hate to leave it to Hollywood to change the script, because it’s so much easier for them to just repeat the well-known stereotypes,” Bruner said. “Women are better represented now than when I was a child in the ’70s and ’80s, and I expect it will continue to improve.”