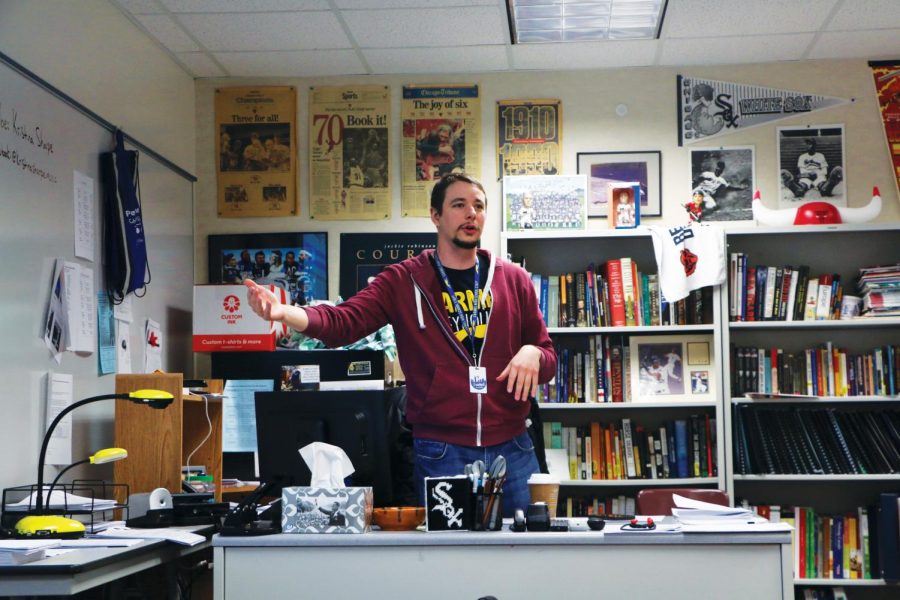 In her junior year, current senior Sandiya Sajan said she came to the realization that all she had ever thought was instilled by someone else’s opinions. It was during her IB History of the Americas class, she said, when the teacher posed the question of whether native people were considered to be savages or not; the students then had to argue their opinion.

Sajan said, “This was one of my first introductions to IB History of Americas. It’s one of the first classes that we had with (Will) Ellery and he started off with (giving) us this article (on whether) natives are savages. (Ellery) said, ‘Read through it, and then tell me your opinions on them.’ And we read through the article, and our first reaction was (natives are) obviously not savages. Then he asked us to define what natives (were) and we were like, ‘Okay, they’re people who don’t really have the association with the world, they’re, like, off on their own doing their own thing,’ and (Ellery’s) like, ‘Well, isn’t that what savages are? Like, isn’t that technically the definition of a savage? Someone who is off on their own or doing their own things?’

“And I stopped, and at first I panicked,” Sajan said. “In this era, you need to be politically correct, so I’m like, ‘Oh my God, that’s totally not the same,’ but I thought about it. That (was) what I (was) saying essentially, (and) that was insanely scary. So I’m sinking into this thought once I realized that that’s what I was saying. I stopped (and thought), ‘This is horrible.’ I thought I was a horrible person because I was like, ‘Is this what I actually think?’ But it’s really not; it’s really what people told you to think.” 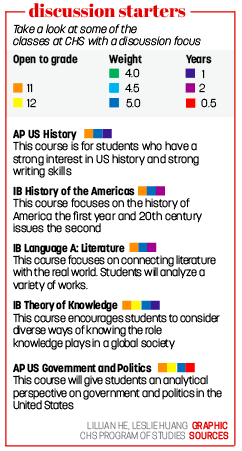 But as difficult as that moment was, Sajan’s experience is not unusual. Many classes discuss in-depth and controversial topics; social studies teacher James Ziegler said that he suggests students who want to take classes that involve more in-depth conversations should go into their scheduling meetings with their counselors and request specifically to take classes like U.S. history, U.S. government or AP U.S. Government and Politics.

Ziegler said, “What I really encourage students to take is sociology. Sociology was always what I thought—and again, I’m more of a liberal arts and kind of social studies thinking that’s my preference, I’m biased in that sense—but high school and college sociology courses were always some of the most interesting and most productive conversations. And I know our sociology teachers here are great and really foster a lot of strong conversations related to current issues and social issues in this country.”

For his part, social studies teacher Will Ellery, Sajan’s teacher during her junior year, said he suggests students take Theory of Knowledge.

He said, “I don’t want to limit it to that because what you’re asking is specific to my perspective and my perspective is every class is able to engage in critical thinking, practices and exercises. A lot of times it is because, quite frankly, we want kids to be engaged in what’s happening in the world.”

Ultimately, regardless of the specific class, Ziegler said he agreed with Ellery that students should be able to discuss controversial topics.

He said, “If we don’t have these conversations at all you might not ever hear another perspective; then you’re kind of isolating yourself or sheltering yourself. And one of the biggest things, I think, is why we are in the position we’re in in this country and seeing such a repeated history—at least especially on racial issues or other social issues—is because we don’t want to have these tough conversations as a society. It’s better for us just to sweep it under the rug and just sometimes pretend they’re not taking place. And if we keep doing that, things aren’t going to change or systems that discriminate are going to be redesigned without people knowing.”

For Sajan, these kinds of uncomfortable conversations are important for learning.

She said, “I think it hurts our learning when we don’t talk about these issues. Because, you know, there’s this thing about, like, the ‘Carmel bubble’ or whatever, where we all live this idea that we don’t know anything. I think part of the issue comes from, I really think, teachers not engaging with kids about real-life issues that are happening in and out of our community on a national level. Once you introduce those topics, I think it really helps kids grasp the extent of some issues or realize how close to home some issues are. I think it really helps students move away from indifference and actually learn to be passionate about something in the world.”

Ziegler said discussing these topics outside of school can help further a student’s passion for a topic or issue.

He said, “I would just emphasize encouraging students to have these conversations outside of the classroom on their own, especially when students do research (on) a current political issue. They can gain a lot of knowledge on that, and I would say they’re immediately probably more knowledgeable on that topic than at least half the U.S. population. So don’t let your knowledge just die with you. If it’s an issue after you do research that you feel passionate about bringing those conversations up with your friends at the lunch table, or when you’re walking down the trail after school or when you’re chilling out somewhere because these issues impact all of us. I just don’t want to see those conversations isolated and stuck in the classroom walls.”

Click Here to read a Q&A with Social Studies teacher Robert Elder and see his views on the topic.