Choose Your Chip: In honor of National Potato Chip Day, check out these unique flavors 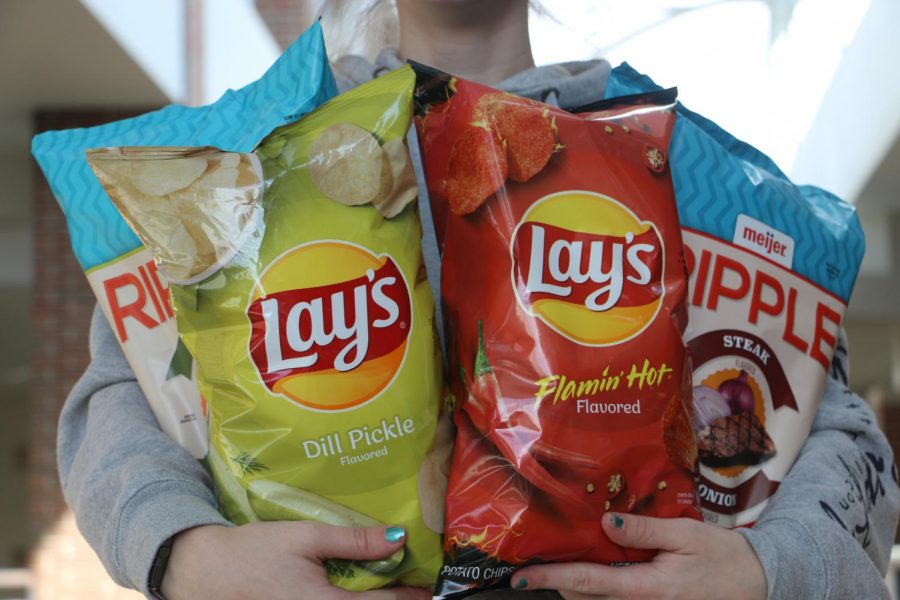 Meijer Jalapeño Ripple Chips
The bright green packaging was initially the reason I picked up this oversized bag. Being the store brand name, I was a bit skeptical about the flavor since my loyalty has always lied in the “kettle-cooked” brand for my go-to jalapeño chip craving. To my pleasant surprise, I found myself indulging in these the most out of the other three other chip choices. Upon the first bite, the chip itself almost has no apparent jalapeño flavor. After a few bites, the heat of the jalapeño hits as an after taste, signifying the spicy and expected flavor blast.


Meijer Steak & Onion Ripple Chips
This specific chip was the most surprising of the group. At first glance, the concept seems to be more interesting than the other contenders. In fact, the chip itself was in a ruffle style, not the original potato chip style of being flat and airy. As agreed upon by reviewers, this chip actually tastes how a steak dinner smells. The steak flavor was not underwhelming or overwhelming, it had an even flavor throughout consumption. The steak flavor was the most unique and surprising chip we tested.
Lay’s Flamin’ Hot Chips
If you have tried flaming hot Cheetos, you will understand, and potentially enjoy, the flaming hot Lays chip. Imagine taking a flaming hot Cheeto and rolling it out so it’s flat. That is this chip. While the flavor is considered flaming hot, the general consensus was the chip was not overly spicy or hot, it had an average flavor that was not too overwhelming.
Lay’s Dill Pickle Chips
The first impression of the Lay’s Dill Pickle Chip comes from the packaging. With a lime green, smaller bag, it is hard to miss in the grocery store aisle. The chips themselves were light and airy, but the chip seemed to mimic another popular flavor, salt and vinegar. While the dill pickle flavor came out afterward, it was not apparent during the initial consumption of the chip.
Delete Image
Align Left
Align Center
Align Right
Align Left
Align Center
Delete Heading