CHTV to focus on basketball in March 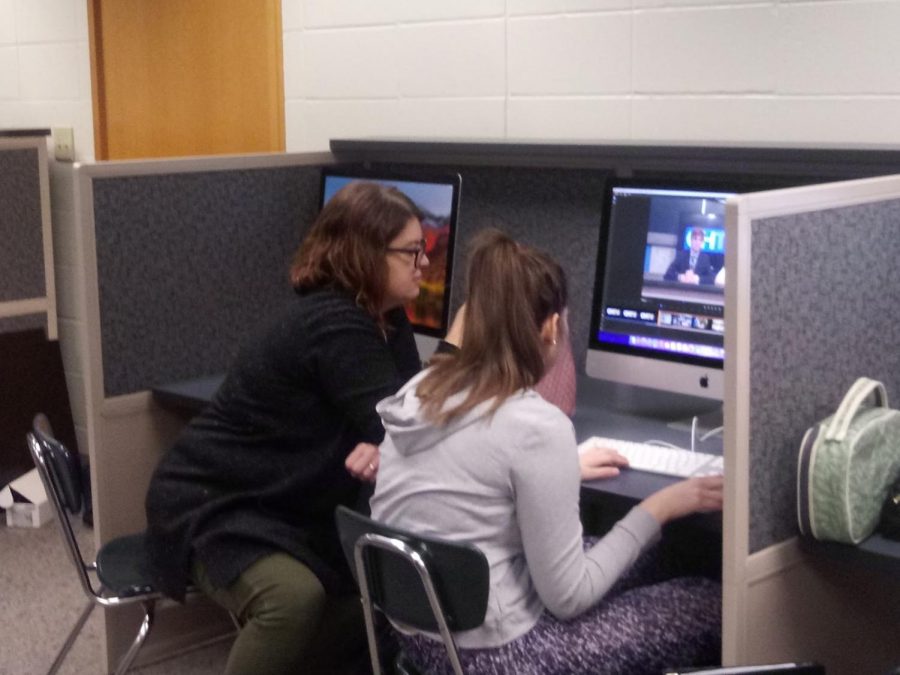 CHTV plans to visit the schools that will participate in March Madness tis month to kick off a basketball competition, according to CHTV teacher Brandy Ostojic.

“We’re still working out all the details but we’re hoping to make it school-wide so every student will have a chance to enter and we hope to have some cool prizes, but that’s all I can really say,” Ostojic said.

As the year draws to an end, sophomores shadow junior and senior members of CHTV to learn about future roles and some take on minor roles to assist in the broadcast. Spencer Baldwin, CHTV staff member and junior, helps sophomores learn how equipment works and what each job entails.

“Usually it’s easy, you just have to communicate with them, making sure that they’re learning and getting ahold of everything. Making sure they understand and listening in on their questions,” Baldwin said.

Baldwin said he plans to stay in CHTV in the coming school year and keep his role or one similar. He said the first time he learned about the class was in eighth grade during a tour of the school for incoming freshman.

“It interested me a lot, (from) the technology to the way things were run, (to) that kind of team accomplishing a goal together. It interested me and I found a passion for it. It (has) been something I’ve been able to stay interested in (and) have a decent role in.”

Between preparing its first competition event under Ostojic, planning to record locations such as Butler’s fieldhouse, and getting students ready for next year, CHTV will be doing a lot this month, according to Ostojic.

“(We have) a lot of stuff coming up in March,” Ostojic said.