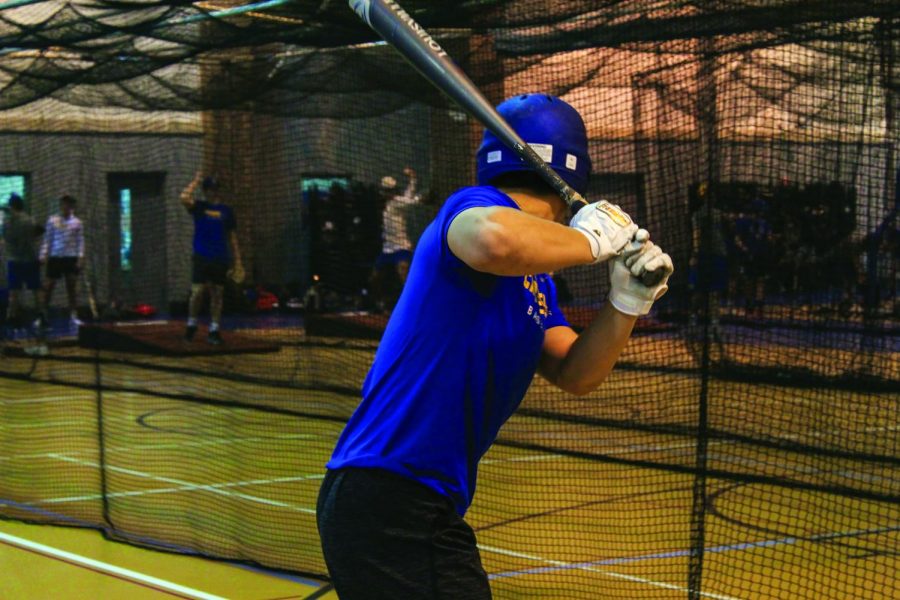 The information in this issue—originally scheduled for publication on March 20—was written and produced prior to news regarding school cancellation from the COVID-19 virus. Some information may be outdated or inaccurate as a result.
Student staff members worked hard to produce this content and, despite the circumstances, we still wanted readers to have an opportunity to see it. Thank you for your readership.

Last season, the baseball team finished it’s season with an overall record of 21-8, going 12-2 in its conference, along with winning a Sectional playoff game. This marked a much improved season compared to the team’s 2017-2018 campaign, where the team went 13-15 with a conference record of 7-7. Between these drastically different seasons, remains one quality in common between the two. Both seasons ended at the hands of Hamilton Southeastern High School (HSE) in the Sectional round of the State playoffs. HSE, the eventual state champion last season, is just one of the many tough teams in Sectional 8. Even with great improvement from one season to the next, winning its difficult Sectional remains one of the CHS’s main goals heading into the new season. In order to get over the hump and become Sectional champions, according to both players and coaches, the team enters this year with a new focus.

They have a lot of talent and are good leaders as well,” Li said.

However, despite the abundance of talent on the roster, Head Coach Matt Buczkowski said the team will face some challenges along the way.

“I think our biggest challenge this season will be, number one, within our conference. Both Center Grove and Lawrence North (high schools) will be very good, and also our Sectional. We have a chance to have all six teams in the top 10 in our Sectional. It will be tough, but we will have to develop some depth on the mound and continue to build on what we did last year offensively. I thought we did some good things there,” Buczkowski said.

Urbanowski said he agreed with Buczkowski that the team will face some difficulties.

“I think our biggest challenge this year will be establishing a new core of leaders because we lost a really good group of seniors last year. We need to have more leadership in our senior group, but we are on the right track,” Urbanowski said.

To overcome these challenges, Li said the team worked hard over the course of the fall to develop skills and improve. He said his teammates and he,  participate in workouts and practices to accomplish this.

“So far, we’ve been working a lot throughout the fall. We’ve practiced, played inter-squads and are currently in our speed and agility workouts. As well as this, we’ve had a lot of guys in Advanced Physical Conditioning,” Li said.

In addition to getting in shape, Buczkowski said the fall is also a time to develop team chemistry.

“We do fall baseball, we go for about five weeks in the fall and kind of start from scratch in terms of developing that new chemistry for every team, as every year is different,” Buczkowski said.

Even more important to the team’s development this season and its quest to overcome a tough Sectional and win a State Title has been a new focus around building a strong togetherness among teammates, Li said.

“Our focus this year is just to come together more as a team,” he said. “We have a lot of talent this year and I think if we pick up some momentum we can definitely make a good run. But our biggest thing is coming together and developing good relationships with each other. I think we’re a lot closer with each other than years past and I’m excited to see what happens in the spring,” Li said.

“I feel like what will help us is the group coming together a little bit more,” he said. “I’d like to see them spend a little more time together away from the field. We started a little bit during the fall where there were some groups going out to dinner together and just working on that bonding and cohesiveness I think will help.”

If the team continues to develop its bond together and players work on their game, Li said he thinks they could get over the hump and accomplish even greater things.

“Our Sectional is one of the hardest in the state and like I said earlier we just need to stay together as a team and grind it out together,” Li said. “We have a good chance this year.”

The team begins its season next Wednesday with a scrimmage against last-years State Champion—HSE—at 5:30 p.m. The team’s first scheduled home game is on March 30.