In light of World Agriculture Day on Tuesday, students in agriculture stress importance of maintaining industry 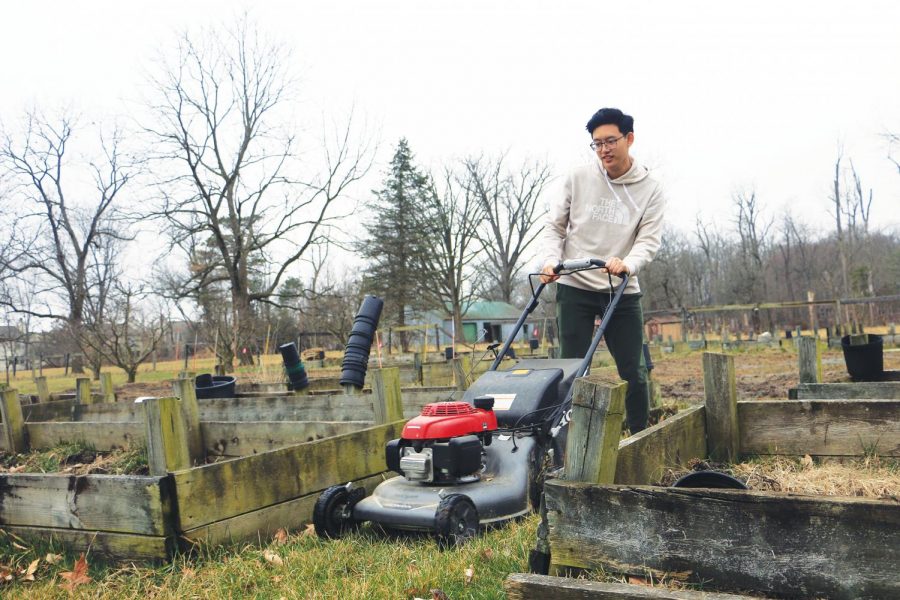 Junior Max Chang mows the grass along the box plots on his farm, NuJac Gardens. Chang said the maintenance of a farm requires many responsibilities including this one.

Although Indiana is a state commonly known for its agricultural industry, Carmel tends to stray far from representing that stereotype. However, for junior Drew Sanchez, agriculture is a topic of interest, so much so that he wishes to pursue a career in it.

“Most people think when I want to pursue an agricultural related career, that I want to become a farmer; however, agriculture is about a lot more than farming,” Sanchez said. “Although farmers make a portion of it, there are hundreds of other jobs in all domains of science and policy that go into the holistic industry in America, and agricultural economic policy particularly interests me.”

Sanchez attributes his passion to the resources offered at the school. He specifically found his passion through his AP Human Geography class. Each year, every AP Human Geography student submits a paper for the World Food Prize (WFP) Global Youth Institute in which they have the opportunity to be rewarded for their research on a critical aspect of an agricultural issue. For Sanchez, this was the turning point.

“The WFP is pretty much the agricultural equivalent of the Nobel Prize. It is awarded once a year to an outstanding individual in any domain of agriculture,” Sanchez said. “I participated in the WFP Global Youth Institute where I wrote a paper about an issue faced by a country, or specifically infrastructure in Ethiopia. Through the entire process, I learned about how multi-faceted the actual industry is and quickly grew a strong interest in it.”

Unfortunately, Sanchez’s level of passion is one that is not commonly shared among others. According to social studies teacher John Carter, there has been a lack of interest in agriculture among the student body.

“We used to offer more resources like the Future Farmers Association at the school; however, the lack of demand among the student demographic ultimately made (the resources) go away,” Carter said.

This trend of disinterest is not only a local issue. According to the United States Department of Agriculture’s (USDA) National Agricultural Statistics Service, the number of young people entering the field of agriculture fails to keep up with the pace of which others age out of the field. In fact, the average age of all producers increased from 56.3 to 57.5 years from 2012 to 2017.

The stigma has caused significant damage to the industry: the USDA has estimated that more than 20,000 agriculture jobs go unfilled each year.

According to the USDA, agriculture contributed $1.053 trillion to U.S. gross domestic product (GDP) in 2017, a 5.4% share. Furthermore, in 2018, 11% of total U.S. employment was in the agricultural industry, and employment in agriculture industries supported another 19.4 million jobs.

“Especially with the Trump trade deal with soybeans in China, it’s crucial that we maintain a solid agricultural industry,” Carter said.

Carter said he believes the issue lies within the misconceptions associated with the agricultural industry.

“People are discouraged as they still believe that you can’t get paid well in the industry or that you have to farm and do manual labor, but there are many different jobs and careers that stem from agriculture,” Carter said. “In fact, agriculture has modernized significantly. Small farms have been disappearing and commercial farms are taking over right now; however, we’ve seen a lot more self-sustaining farms that are privately owned by families.”

But even so, such self-sustaining farms are found within CHS’s own demographic, showcasing how relevant agriculture is even in urban Carmel.

Junior Max Chang is one student who lives on a self-sustainable farm.

“We farm apples, asian pears and other vegetables,” Chang said. “While we sell some of these locally at farmer’s markets, the majority of them are for self-consumption. When it’s in season, about 70-80% of our food comes from our own backyard.”

Because of his lifestyle, Chang said his view on life and agriculture has been changed for the better.

“There’s a lot more to nature,” Chang said. “Being so close to it and having the ability to cultivate it really makes you more appreciative. Agriculture itself is hard and complicated, but the benefits are unique.”

Sanchez said he also finds his view on the agricultural industry changed for the better.

“People underestimate agriculture in a lot of ways, but it’s important to realize the future of humanitarian aid is heavily based in agriculture as well, so this is always an industry that will always be crucial,” Sanchez said. “I hope people don’t rule it out when deciding career paths and take the time to seriously consider going into the industry.”

Even more so, Sanchez said that the process helped him learn a valuable life lesson.

Sanchez said, “I learned about my passion for agriculture through the school and that made me realize that you are (going to) find opportunities where you least expect it sometimes, and make sure to take them seriously. You never know what kind of doors that might open.” 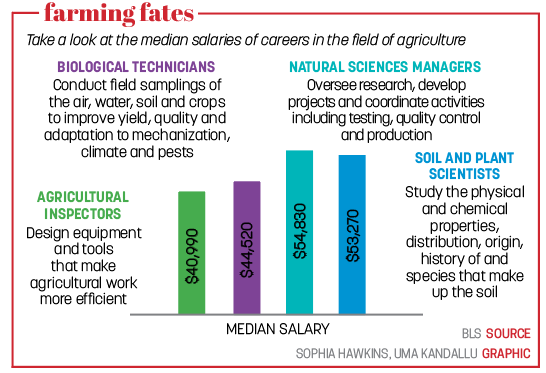 Read a story about another agricultural organization, 4-H here.