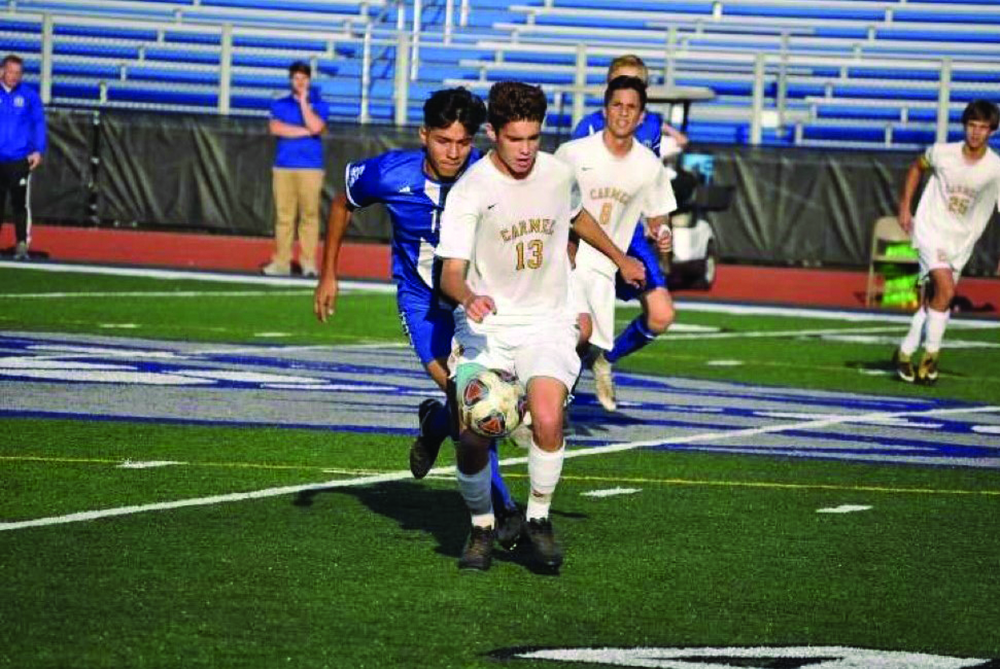 Senior Jackson Carl receives a ball during a soccer game in the 2019 season.Carl said he has one goal on his mind despite the ongoing pandemic: winning the State Championship.

Amid the covid-19 outbreak, athletes like Jackson Carl, club soccer player and senior, are living in disappointment with the cancellation of spring seasons and multiple sports programs.

Carl said, “I miss playing soccer. I have missed my whole spring season for the club. This was a big time for recruitment in the process, as this is a big time for college coaches to contact us.”

In addition to club soccer, Carl also plays on the men’s varsity soccer team and said he hopes college coaches will come to see his varsity games later in the year.

“I hope a lot of coaches will come to our games. We have a good group for this fall season,” he said.

Without spring recruiting opportunities, college coaches will be out in full force this upcoming season. Men’s varsity coach Shane Schmidt said he is looking to do everything in his power to help everyone on his team.

“All I know is that I will help all of the student-athletes who play for us (in) any way I can to help their recruitment process in order for them to achieve dreams they have set for themselves,” Schmidt said.

Despite continued COVID-19 restrictions, this upcoming season is scheduled to proceed on as usual with some changes. On June 5, the Indiana High School Athletic Association (IHSAA) released rules for when several fall sports could come back. Carl said he is looking forward to Aug. 15: According to IHSAA guidelines, this is the date the CHS soccer games and official season will resume.

“We can, as of (Aug. 15), play games and get started with the season,” Carl said. “I am super excited to play my senior season if I make the team. This would be my fourth year in the program. Playing under the lights never gets old.”

On the other hand, while Carl looks forward to the upcoming season, Emmie Carlisle, women’s varsity track athlete and junior, said COVID-19 canceled her track season in the spring.

“This (past) season was going to be a big year; I felt ready and wanted to get my name out there more,” she said.

According to Carlisle, several college coaches have started to look intensively between the freshman and sophomore year of high school track and field athletes in order to have a deeper analysis on their performance. Although Carlisle said she feels disappointed about her season’s cancellation, she also said she believes it is an opportunity to train more for next year.

“Missing this season is going to hurt but all I can do is continue to train for next year which will be huge,” she said.

Carl also said he felt disappointment when he found out his spring season of club soccer was canceled due to safety concerns.

“This would have been my biggest time in the recruiting process as this season was the first time I could have been contacted by schools,” Carl said.

According to Carl, missing a season can make or break a career; however, since everyone missed this year’s season, such consequences will not be as drastic,  but there are still some side effects worth noting.

Due to current mandates and curfews set in place by the government, coaches from colleges will not be able to watch players during any games during the spring or summer. According to Schmidt, this restriction will affect college recruitment the most.

“The biggest impact on recruitment of players, is the fact that college coaches are not able to get out and watch any soccer games during the spring and summer,” Schmidt said.

Some coaches are still recruiting, but only over the phone and through email. This level of recruitment was unheard of before the outbreak of COVID-19 appeared in the spring. According to Schmidt, many high school and college coaches, including himself, are just waiting for more announcements from the government and the IHSAA in order to plan out their seasons and recruitment processes.

“They are all waiting as we are, for further directives from the  CDC (Center for Disease Control and Prevention) and government. There is still some recruitment going on, but not nearly at the level we have been accustomed to know in the past,” Schmidt said.

Due to this handicap in the recruitment process, according to Carl, there will be some athletes who will be committing later in the year than usual.

“If coaches don’t take big risks on players, I think commitments will be later on than normal,” Carl said. “This senior season of high school will be huge as none of the previous juniors on the team are neither committed nor verbally committed to a school.”

Despite the circumstances, however, Carl said his goal still remains the same.

“I hope to go out with a bang and win (the State Championship), which would not only put eyes on our team and for my dream, but for everyone that wants to play college soccer (as well),” he said. 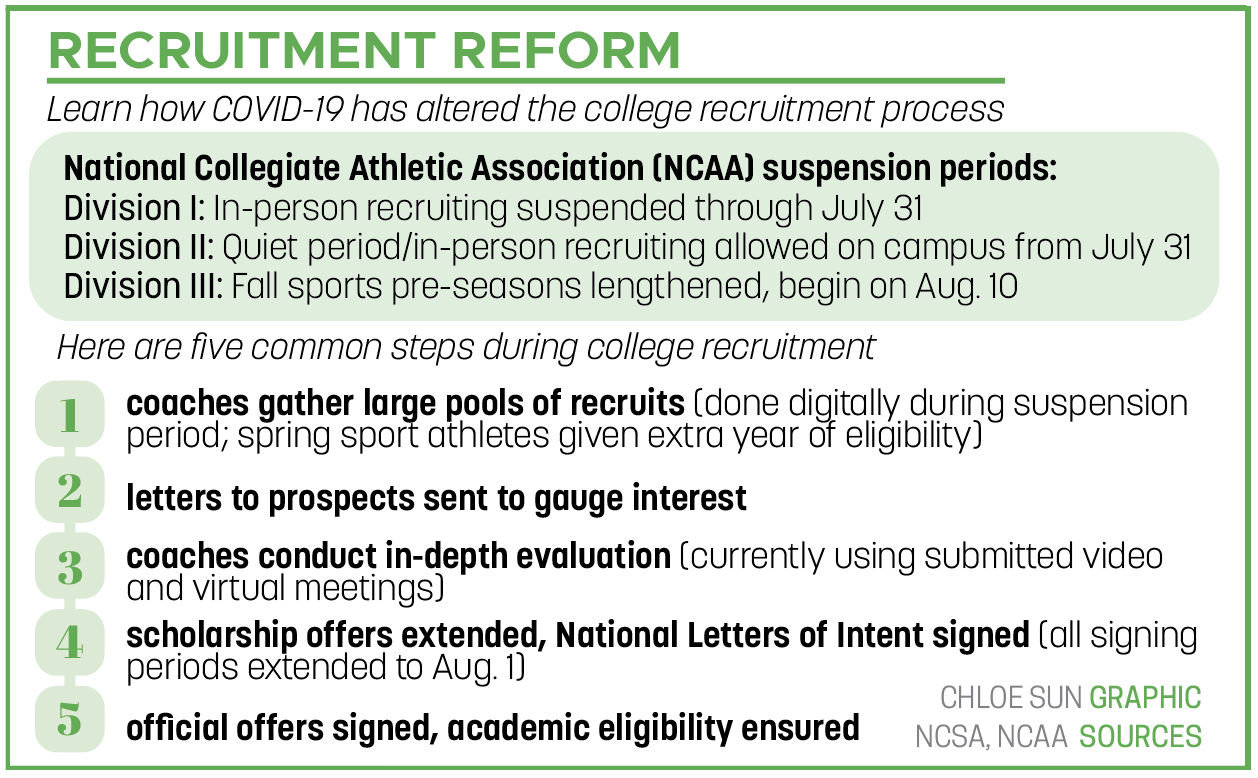