Theater department to get ready for Studio One Acts 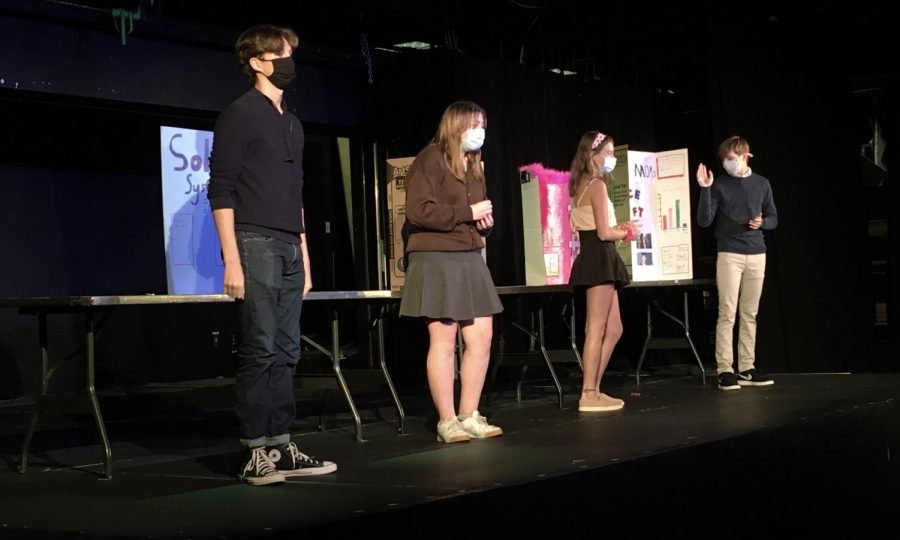 The Theater Department is gearing up for its first performance in Studio Theater Acts to be held on Sept. 24, 25 and 26 respectively. These acts will be held in the CHS Studio Theater and will take place at 7 p.m. According to the Jim Peterson, head of the theater department, the shows will look different this year. “We have a number of different plans in place, depending on where we are, as far as guidelines from the district, from the Hamilton County Health Department, we’re trying to abide by all those different rules,” he said.

The plan is that the Studio Theater will only seat 50 people each night, all grouped by family and spread out across the Studio Theater to maintain distance. The actors will wear masks while performing, and will mostly stay six feet away from each other at all times.

The plays for the Studio One Acts include Poor Bob, There Shall Be No Bottom and Regina Flector Wins the Science Fair. These are all student directed plays, and the three plays this year are directed by seniors Jack Ducat, Ivy Nugent and Muriel Mota Schaffer.

Tickets for the plays can be bought at https://ticketracker.com/store/events/279 for $5 each.