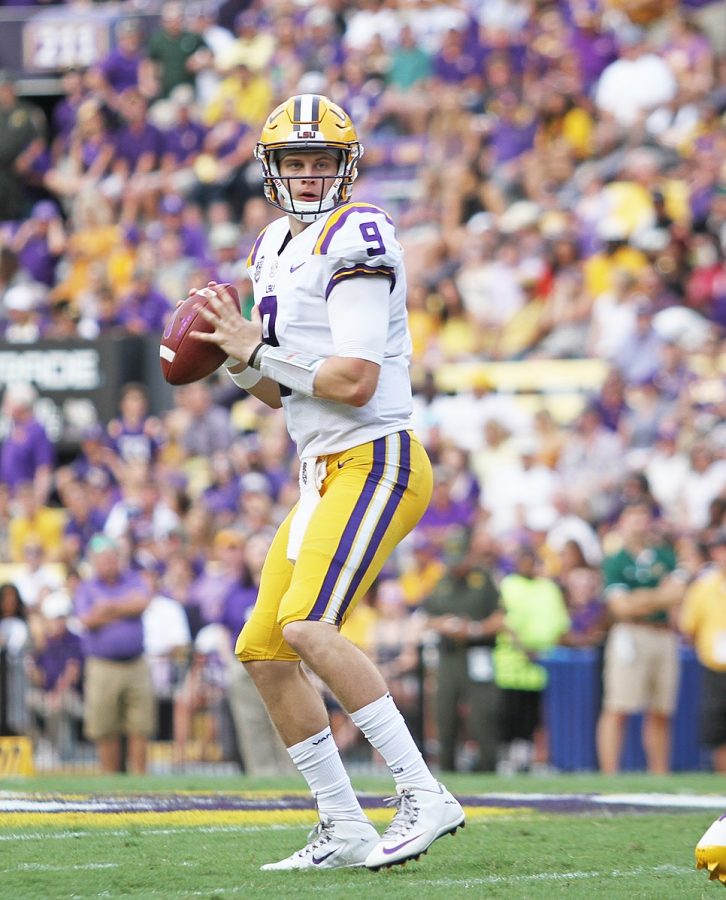 After last week’s disheartening loss against the Browns (even though they’re 4-1, it’s still a bad loss), the Colts faced the second-most dysfunctional NFL team in the state of Ohio: the Cincinnati Bengals (aka Bungles). Whenever these two teams face off, it brings back memories. The first ever NFL game I went to was the playoff game between these two teams in the 2015 Wild Card Round. This was the game where Andrew Luck threw a 40 yard touchdown pass as he was being dragged to the ground, spurring the Colts to a 26-10 blowout.

Five and a half years later, so much has changed. The Bungles bottomed out last year with a 2-14 record, allowing them to draft the Louisiana State megastar Joe Burrow with the number one overall pick. Burrow, the best quarterback prospect since Andrew Luck, has had a solid rookie year so far, leading Dad to predict that he was prime for a breakout performance.

The Colts picked up from where they left off last week against the Browns. They committed a dreadful turnover on the second play of the game when Jack Doyle fumbled away a routine screen pass. Burrow threw a crisp ball over the middle, and the Bungles ran in a touchdown on third down from the two yard line.

The Colts went three and out and punted. Burrow then really got to work, slicing and dicing the Colts in 15 yard intervals. On fourth and one from the two yard line, the rookie quarterback smashed through the linemen on a quarterback sneak, taking it all the way to the end zone. 14-0.

The Colts went three and out and punted. On third and long on the Bengals 31, Burrow unleashed a 67 yard bomb, putting Cincinnati on the two yard line yet again. They ran in a touchdown from the seven and the lead was 21-0.

Dad’s prediction was spot-on after one quarter. “We’re not going to win this game,” he grumbled.

The second quarter saw a flurry of scoring that somehow ended with the Colts just three points behind. Philip Rivers finally got his 38-year-old arm warmed up, slinging a 55 yard rope that put the Colts on the one, setting up an easy touchdown run. After a Bengals field goal, Rivers converted a third and 10 with a jump pass, and methodically drove the Colts into the red zone. From the 10 yard line, Phil wobbled out a sideline pass to a wide open Trey Burton, forcing him to dive out of the end zone to hang on to the ball. “It’s six points anyway,” I chuckled. Burrow finally cooled off on the next drive, and with 3 minutes left in the half, Rivers completed six straight passes and capped the drive off with a marvelous lofted pass that Zach Pascal caught on his back shoulder in tight coverage. At 24-21, even Dad had to acknowledge that the Colts had a strong chance to win this game.

After the intermission, both offenses cooled off. Burrow led a shaky 13 play drive that saw the Bungles convert three third downs yet settle for a mammoth 55 yard field goal. Naturally, the ball never deviated from the center of the goalpost, and the Bengals doubled their lead.

The Colts immediately answered. The running back Jonathan Taylor had two big gains, and Doyle atoned for his fumble by snagging a dime from Rivers for a touchdown on the first play of the fourth quarter. The Colts had a 28-27 lead, after trailing 21-0.

From there, the quality of the game nosedived as both teams began to feel the pressure. The Bungles had a run for negative yardage, a false start penalty, and a sack. Phil then got in on the act with a horrible interception where he threw the ball into double coverage. After a promising possession, the Bungles failed to convert a first down from second and 3, and clanked a 48 yard field goal off the upright.

“It’s like both teams are scared to win,” I commented.

Rivers then bailed the Colts out of a pair of long third downs, running off four minutes of clock. However, he threw the ball behind Burton on a third and 4, forcing a nervy 40 yard field goal. Thankfully, Blankenship drilled it, putting the Colts up 4.

Joe Burrow now had four minutes to mount his first game winning drive in the NFL. His first two passes were strikes, and the Bengals stood at midfield with two minutes to go. Faced with fourth down, Burrow hit A.J. Green with a clutch 10 yard pass to keep Cincinnati alive. With 45 second left, and Dad and I on the edge of our seats, Burrow finally cracked, flinging an interception over the middle. What a game!

Somehow, the Colts survived Burrow and retained a winning record heading into the bye. They now have two weeks to prepare for the hapless Detroit Lions.