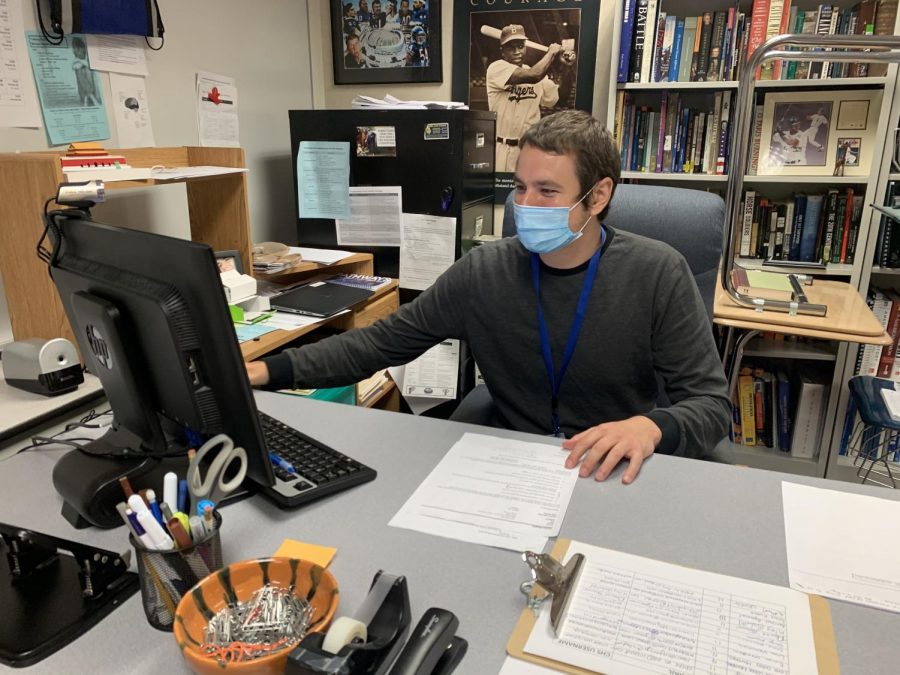 Academic Super Bowl sponsor James Ziegler reviews the final list of captains. Ziegler said that although they have begun to divide into individual subject teams, it is not too late for new members to join.

According to club sponsor James Ziegler, the members will divide into the five subject teams now that they have announced the team captains.

“Once we announce the captains, I let the students meet with the captains (of the subject team) they are interested in,” Ziegler said. “They then exchange contact information and the captains begin to establish practice calendars for each subject team and figure a course of action to take to get ready for the competitions.”

Ayaan Abbasi, fine arts subject team captain and junior, said he is excited to get the season started.

Abbasi said via email, “Over the past two years, I’ve learned a lot about leadership from our previous captains and am very excited to begin the season as one this year.”

Ziegler added that though they are dividing into subject teams, anyone interested in joining is still welcome.

Ziegler said, “Anytime throughout the first semester, new members are welcome to join. We will still accept new members in the second semester, but it’s harder because the competition season is closer then.”