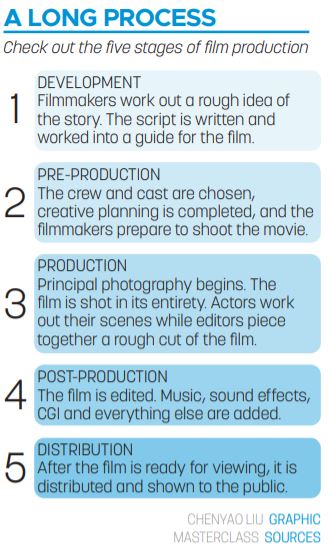 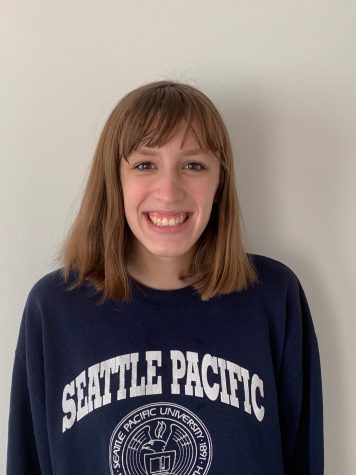 What is Filmmaking Club? What is its purpose?

The purpose of Filmmaking club was to bring movie lovers together.

We just recently had our first official meeting on November 10, but we started the process of creating the club in late September after finding a group of people that would want to join.

What was your inspiration for starting the club?

This all started after a friend of mine, Eryn Dowdy, had a strange dream about us being spies. She told me about it the next day at lunch, and while it started as a joke, we wanted to make it into a movie. We wrote the script, and decided if we wanted to really do this then we would have to get more people involved. That was when we decided that we should create this club to have other people help us with our idea.

What are your future goals and things you hope to accomplish for the club?

We want to make a movie by the end of the year, but we really just want our club to be a fun space where people can come and work together to create something.

How has your club been dealing with the COVID-19 and such guidelines?

Is the club solely for camera filmography? Does it extend to screenwriters, editors, et. cetera?

What impact do you believe you are giving by hosting this club?

I would hope that by creating this club I am giving people an opportunity to meet others with similar interests and then work to create something. The main intention of the club has always been to just give people a fun and creative environment where we can all work together.

How has film impacted you in your life?

Well, actually it’s impacted me more than I thought. I used to want to be a doctor because that’s what my parents want me to do. But now I’m starting to sort of shift gears a little, and I’m starting to take an interest in all things film. I also like how it’s bringing people together, like I’m meeting people I’ve never met before, and everyone’s just really nice, and I think that’s really cool. It sort of is changing my perspective about things.

What benefits are you getting by participating in the club?

I used to be not so busy, but it’s a nice distraction from stressful things. And, it’s nice to be involved in something. I was never one for sports or the other student interest clubs so it was the right fit for me.

How has COVID affected the club?

Zoom, pretty much. We haven’t been able to have one in-person meeting so far, and COVID-wise, I’m not quite sure what we’re going to do because it’s supposed to be a movie and masks are required at all times. It’s been a really big issue that we haven’t been able to figure out just yet. I just wish more people could join because so far it’s been just a real struggle to find people and bring people in, but slowly but surely people are coming in and, you know, anyone can do anything. What we would do under normal circumstances is have a big meeting, pick out the screenwriters, etc. Our movie is a spy movie, and I know that’s not everyone’s thing so that’s why, under normal circumstances, it would be a group decision and not just the leaders of the club.

What are your future goals and things that you hope to accomplish?

(It’s the) first year of this club. It’s pretty difficult because most of our meetings have been over Zoom and we can’t really film the movies through Zoom, but our (overall) goal is to really get a movie done. And if we can’t get a movie done, at least make something out of what we have.