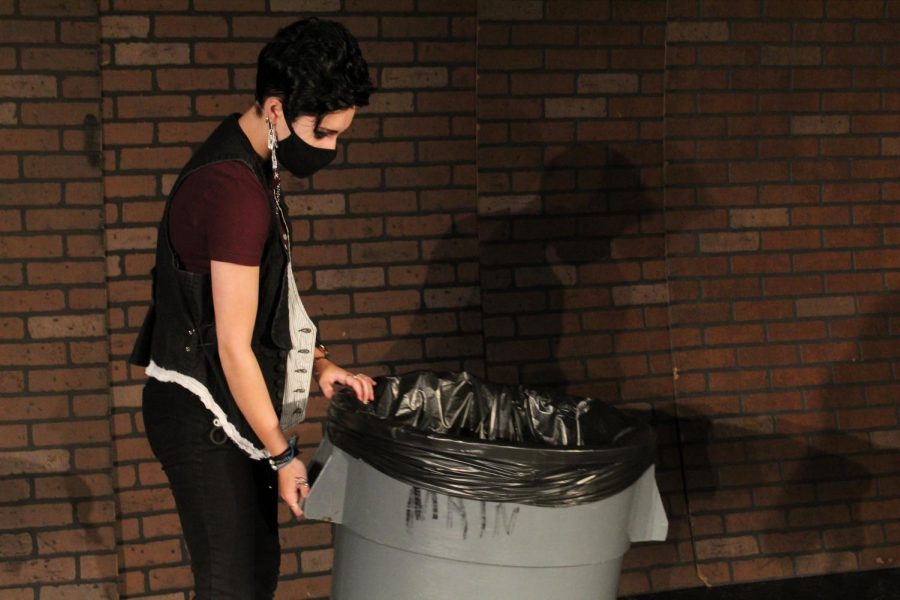 As the end of May approaches, and June begins, the performing arts department, including the band, orchestra, and choir rooms, will undergo a series of renovations, according to Chris Kreke, band director and part of the renovations process.

“We’ve grown significantly in student population both for the school and the performing arts department enrollments specifically since the last major renovation,” he said via email. “(We) need additional space to handle the class loads and student numbers now being taught.”

Choir teacher Kathrine Kouns outlined the renovation project and said it was very large compared to smaller size renovations that have happened in the past.

She said, “(The project) encompasses the orchestra and band rooms and (there are) also some renovations happening in the auditorium and the area behind the auditorium which is like the theater rooms (and all the other areas surrounding that).”

Both Kreke and Kouns said they were extremely excited for the renovations, especially because it would unify the areas of the departments and create spaces to be used in the next several decades.

Orchestra student Brooke Ye said she hadn’t heard much about the renovations but was very excited for them.

“I think the orchestra rooms are already really organized and I like the area, but it would be exciting to see what they are going to do to further improve it,” Ye said.

Ye said because the renovations would take until 2022 to be finished she probably wouldn’t get to see their impact for as long as the other students. However, she said that she would enjoy them for whatever short time she would see them.

One setback, according to Kouns, is the displacement that the renovations will cause as they are being put into place.

“Obviously as teachers were all being flexible and well be a little bit displaced for the time being. (Administration is) trying to do all of the major work during the summer so that it doesn’t affect the students too much but it’s a project that’s supposed to take 18 months so it’s going to be great when it’s all done but it’s going to be quite a process.”

Kreke said he agreed with Kouns that the final result of the renovations is worth the initial hassle, especially because of the extra space it will provide. He added that he was incredibly thankful for the work of the department and the administrators for the support and could not wait to see the results.

“It’s been in the planning stages for over a year now and it’s going to be a lot of fun watching all of those plans come to life over the next couple of years, he said. “It’s going to be a lot of work and inconvenience while the project is happening but what we will have for students and teachers on the other side is going to absolutely be worth it.  I’m incredibly thankful for the work of the entire department, CHS administrative team, and all of our district administrators for their support of this project.”