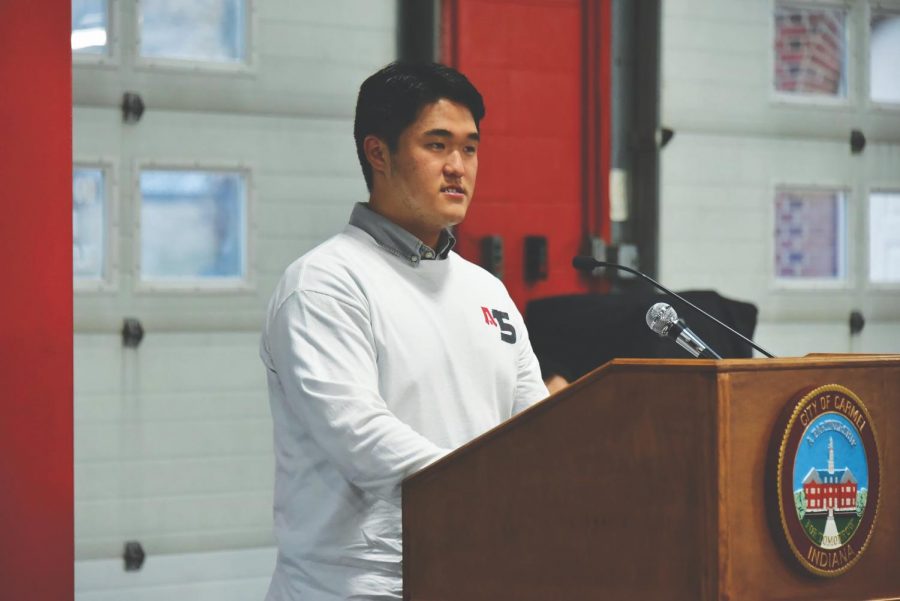 Elijah Choi, co-founder of Advancement of Asian Americans in Arts and Athletics (A5) and senior, speaks at a gathering by the City of Carmel on April 28.

Last year, a meeting with Dr. Harmas took place on Sept. 24 regarding diversity and equity at CHS in light of the murder of the George Floyd on May 25, 2020. Now, after about a year since the murder of George Floyd and with the recent Derek Chauvin trial guilty verdict, Brandon Anderson, co-president of African History and Culture Awareness Club acknowledges there has been greater awareness of racism.

“Like since that time last year, I think that the progress we have made is mostly evident (in) the societal awareness of racism. But, I think this can slip away because we’ve seen similar things to this in like, the 1990s, with Rodney King, and as recently as 2013, (with) Freddie Gray,” Anderson said. “And I think that this cultural awareness that we have right now, can very easily slip away. And given I feel like that’s the main progress that we’ve made, I don’t think that we’ve really done a lot legally, to change the situation. I feel like there has been progress, but that it can be undone very easily.” 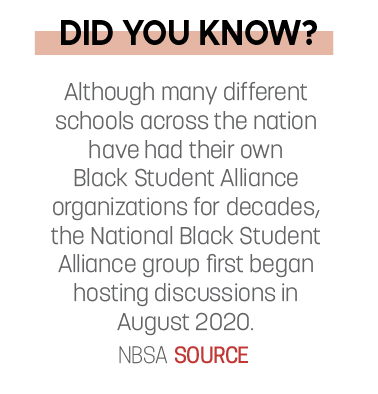 Additionally, Remi Shirayanagi, president-elect of Advancement of Asians Americans in the Arts and Athletics (A5) and junior, said Carmel should continue to raise awareness about diversity issues.

“I think that we can first raise awareness to the problem to realize that it’s happening. For example, I think there was a vigil on (April 28) to raise awareness about anti Asian-American hate, which I think is a great step in order to recognize those injustices,” Shirayanagi said. “But on an individual level, we need to recognize those biases as well and recognize injustices and racism in general, in order to combat it on a smaller scale, because we can’t all have passed big pieces of legislation in order to improve the lives of people of color, and other minorities. So I think that’s the best way to do it so far.”

With regards to improvements in the school environment as a whole, the administration announced at the aforementioned meeting this past fall that they were in the works of their three year plan-one of continuous improvement, with regards to social and emotional learning and diversity and equity. According to Assistant Principal Valerie Piehl, there has been significant progress in the school’s plan to embed diversity into the school’s curriculum including the English department, the world language department and the social studies department.

“(The selection of texts) just went to the school board meeting Monday night for discussion, the list of texts that we are proposing to adopt for next school year in our English courses. So the way the school board works, they have it for discussion at one meeting and then at the next meeting, they’ll vote on it,” Piehl said. “So it would be voted on hopefully in the main meeting. And I think when that happens, we’ll see some new titles included in our curriculum next year with a wider representation of diverse authors, diverse characters and diversity, not just in terms of race, but gender, age, you know, ability, all different kinds of things.”

In addition to this plan, the school hired CCS Diversity, Equity and Inclusion (DEI) Officer Terri Roberts-Leonard this January. However, at the school board meeting on April 26, there was a debate about the role of the DEI officer. Shirayanagi explained the importance of this position.

“I feel like the benefits are obvious and I don’t understand why other people can’t also see the benefits as well. For example, we know that Carmel is majority white, I think about 70% of the population is white,” Shirayanagi said. “So although that’s true, I think it’s more even more of a reason that we need to encourage diversity and encourage our students or that 30% of that minority population of the students to become more included in the student body, and to be more included in the Carmel culture and the Carmel community.”

According to a 2016 Pew Research Center study, only 19% of teachers in traditional public schools are nonwhite as well as only 31% in cities. 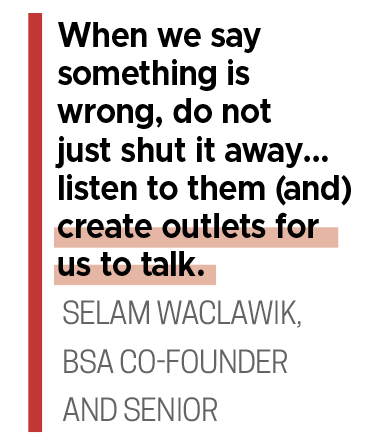 Elizabeth “Selam” Waclawik, Black Student Alliance (BSA) co-founder and senior, one of the students who organized the meeting with Dr. Harmas on Sept. 24 of last year, said there are other ways that the school can work to make a more diverse environment.

“Definitely listening to their students of color (is an important step),” Selam said. “When we say something is wrong, do not just shut it away, hide it away or whatever, listen to them (and) create outlets for us to talk.”

“I understand how it can be hard to see discrimination, when it doesn’t necessarily affect you,” Anderson said. “But that, nonetheless, you still should be open to understanding how discrimination does continue to affect certain kids in the high school.”