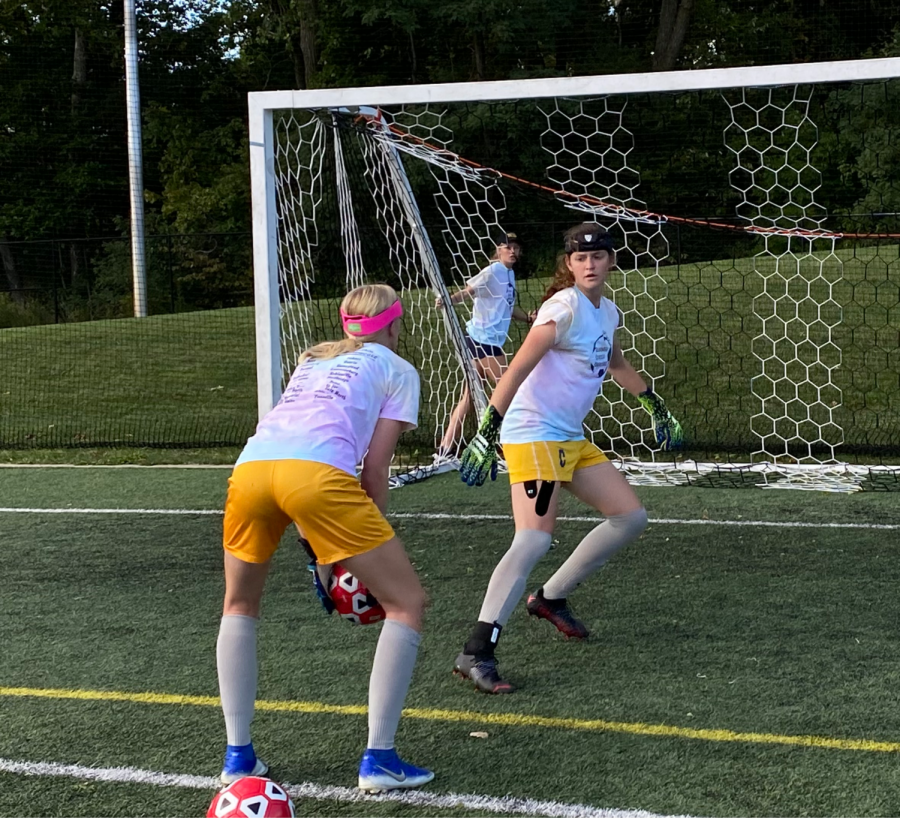 The match against Noblesville will be one of the team’s toughest, with Noblesville possessing a perfect 9-0-0 record.

Goalkeeper and junior Bethany Ducat said, “With Noblesville being the number one team in the state, it’s definitely going to be a competitive game, but as long as we just play our game and keep our mindsets focused, I think we will come out with a win. We just have to always come out strong in the first (five minutes) and get an easy (goal) nice and early and I think we’ll be set for a good win.”

However, according to Head Coach Frank Dixon, all of the opponents are ranked teams that will test the team’s skills.

He said, “We’re going to have a week with three ranked teams. It’s going to be almost just like the Sectional.”

Dixon, like Ducat, said keeping the team focused will be key to its success against strong opponents in these games and also in the playoffs.

“We just have to play our best. We have to really be focused,” Dixon said. “We have to be focused for every single game once we get into that tournament because there’s nobody that’s going to be easy. They all want to win. They all want to beat us. That’s the number one thing, being focused on what we’re doing.”