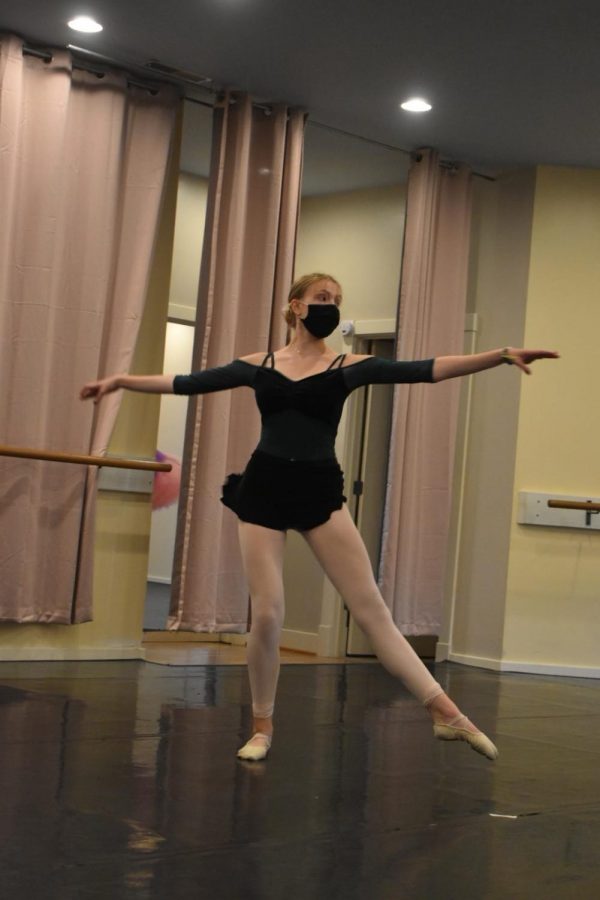 Junior Sophia Warhurst practices ballet at the indoor studio for the Ballet Theater of Carmel. Warhurst said she performs mostly in the classical ballet style.

The Carmel International Arts Festival is scheduled to begin on Saturday; however, according to executive director Rachel Ferry, planning began as soon as the city asked that last year’s be cancelled.
“We have monthly meetings—and now weekly meetings—to make sure all of our T’s are crossed and I’s are dotted,” Ferry said via email.

This year’s arts festival will host performances and art booths outside. Informational kiosks will offer hand sanitizer, hand washing stations and disposable masks. Ballet Theater of Carmel will perform at the festival along with other groups, according to Sophia Warhurst, ballet student and junior.
While the Ballet Theater of Carmel did conduct performances during 2020, Warhurst said they differed from other years with some performances featuring masks or limited audiences.
“They’ve been very restricted. ‘Nutcracker’ was recorded (because) we couldn’t have a live audience,” she said.
According to Warhurst, the arts festival won’t have such restrictions, which she said she looked forward to.
She said, “The vibe is a lot better and you just feel like you’re actually doing something and giving someone, making them happy with what you’re doing instead of, ‘Oh, people are going to watch this recording.’”
“The opportunity to perform for a Carmel audience is also a special draw,” Claire Smith, ballet student and freshman, said. “Giving back to the community in any sort of way is really special to me.”

According to Culinary Arts teacher Nicholas Carter, the Carmel Culinary Arts and Hospitality students will have a booth at the festival. Carter said the culinary students often host booths selling food at events, but COVID-19 cancellations stopped that last year, along with some Family, Career & Community Leaders of America (FCCLA) events; all students involved with the booth are in this club. If FCCLA events did occur, most, according to Carter, were virtual.
“The (students) that are new this year, (the booth) might have been the first thing that they’ve gotten the chance to do just because we weren’t doing much last year,” Carter said.
Ferry said the opportunities to view performing and visual arts in-person, among other things, made the arts festival important.

“The Carmel International Arts Festival has been a part of Carmel for 24 years! We really hope that holding the festival can help people feel a sense of normalcy after what we’ve all experienced in the last 18 months,” she said.
Additionally, she said she hopes artists and performers walk away with plenty of sales to make up for the hard year that 2020 was for artists, but that wasn’t all.
Ferry said, “I also hope that they get a sense of what a community like Carmel can do to support their passions and talents.”
Warhurst said she’s excited for that opportunity at her performance. While she said she didn’t like the flooring of the platform they perform on and the tent they changed in as opposed to a room, she still thought it was fun.
“The energy is a lot better, because when you’re not performing in front of anybody you feel less connected, so I’m excited to get to do that and also be outside,” Warhurst said.
While Warhurst said dancing on the platform the platform was difficult because it could be slippery, slanted and lead to falling, she said she was still excited for the opportunity.
She said, “This one’s outside and it’s a smaller stage so you have to adapt to spacing and stuff like that, but you get a more up close and personal view with the audience and I think it creates a bigger story and a bigger connection.” 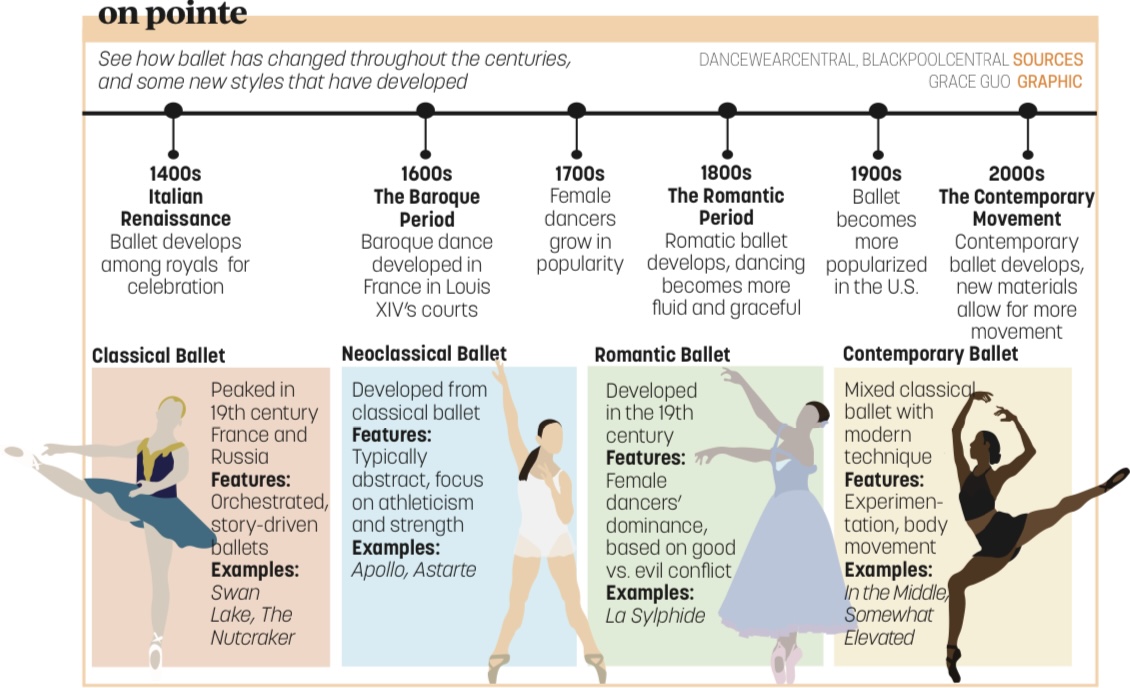 As for culinary students, Carter said he appreciated the opportunity having a booth gave students in teaching and experiences he couldn’t emulate in the classroom, ranging from sanitation to seeing a customer’s reaction, opportunities which rarely occurred last year.
“I love to see when students come out and sure, at first it’s a little work and they grumble a little bit and then they start to actually have fun doing it and it can really help expand (their) interest in what’s going on,” he said.
Warhurst said the opportunity to perform for a live audience again, which she didn’t have much last year, connected to what keeps her performing in the first place.
She said, “Yeah you just feel more connected and that’s nice because, I don’t even know how to describe it. Just expressing yourself and hoping they get your message and what you’re trying to say.”