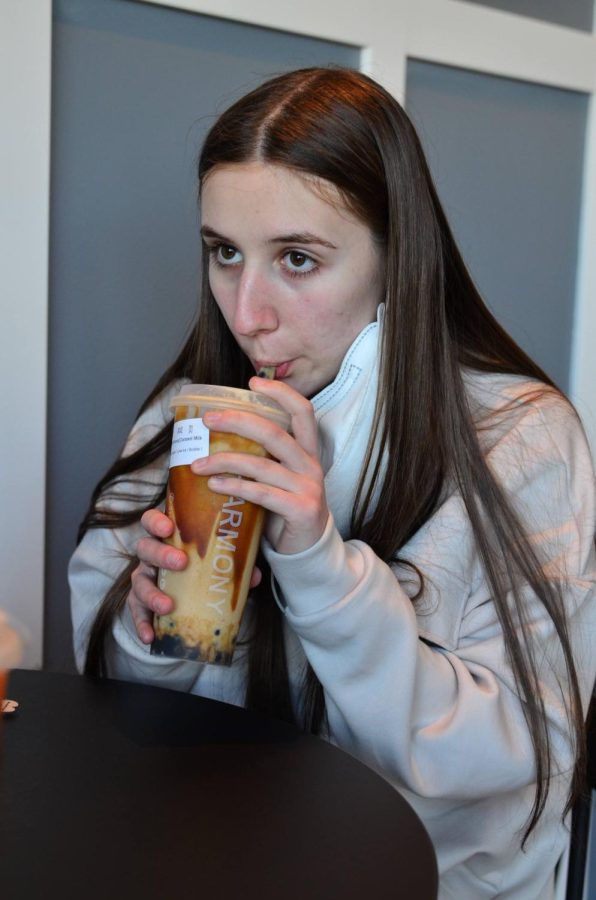 Originating from the 1980s in Taiwan, bubble tea quickly became a favorite and classic in Asia. It did not take long for its popularity to spread to Japan and Korea in the 1990s and to the Western hemisphere, especially with the influx of Asians in mainstream pop culture.

Senior Clizia Martini said she was introduced to bubble tea during a trip to Hong Kong.

“My mum and I went on a trip to Hong Kong visiting friends who were living there at the time. We were in the city wandering around and spotted a stall selling boba. At the time, I was 10 and a picky eater, so I didn’t want any, but my mum was curious and she bought some.”

“I don’t even know how I (first) heard about it because I had always known about it as far as I can remember I probably (first heard about it) from a friend or a family friend,” Chen said. “The place I first went to might have been in China but it was a long time ago—probably in 2009 and I’m not sure where we went because it was a Chinese franchise.”

Junior Sarah Dawood grew up knowing that bubble tea was a “thing,” but she said she wasn’t really sure where she first heard about it.

She also added that the popularity of bubble tea gives Asian Americans representation and attracts the attention of people in the Western world to learn more about Asian culture. “Bubble tea is an aesthetic in a way, but it’s an aesthetic that allows for more Asian representation and this spotlight has been cast on Asian culture because of things like bubble tea that draw people in,” Dawood said.

This can be seen when in 2013, the hip hop duo The Fung Brothers claimed bubble tea to be the “new drink of young Asians.”

However, despite the popular shared love for boba, Martini said it is expensive and there are not many places around Carmel that sell it.

“Since it’s expensive and there aren’t too many bubble tea places close by my house, I get it maybe three times a month max,” Martini said. “I suspect that when I go off to college (hopefully in a major city), I will be purchasing bubble tea more often since it’ll be closer to where I will live.”

Although bubble tea can be expensive, Martini said she recommends it to everyone.

“If you want to stick with a popular classic, I would recommend dark brown sugar milk tea,” she said. “For those who do not like milk tea or most types of tea, I would recommend fruit teas as you can customize those to your liking.”