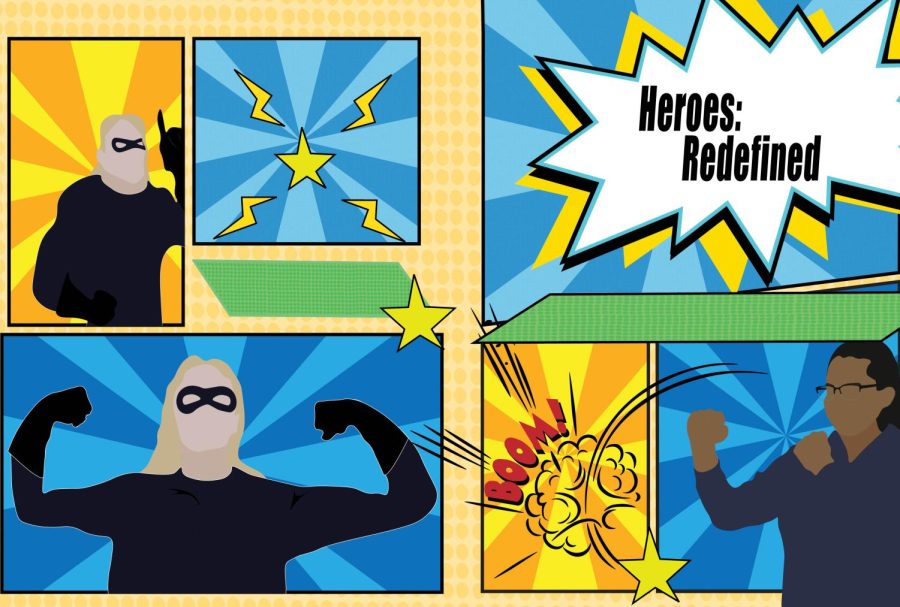 May 4 marks the 10-year anniversary of the release of “The Avengers,” the first Marvel movie to include a team of superheroes with diverse backgrounds. In those 10 years, the Marvel franchise has reached a wide audience, with the most recent Avengers movie, “Avengers: Endgame” having grossed a total of $858 million.

Junior Kenna Sura said she is a Marvel fan and has grown to love Marvel movies because of the company’s intricacy in casting of characters and ability to establish multiple storylines.

“I think what I love most about Marvel movies is the characters,” Sura said. “The casting of each character’s actor (or) actress is very exact and accurate, and the way that Marvel is able to establish separate story lines for each ( individual character) is amazing. All of the characters are developed very well with their own styles, personalities (and) sense of humor.”

In particular, Sura said her favorite Marvel characters are those she can relate to, choosing them as her favorite for their personality instead of superpowers.

“My favorite character in Marvel is probably Yelena Belova. She is played by Florence Pugh and she is Natasha Romanoff’s younger sister. While she was not in ‘Infinity War,’ she made her first appearance in ‘Black Widow,’ and then again in the ‘Hawkeye’ show,” she said. “I think she is my favorite character not only because I love Florence Pugh’s portrayal of her, but also because she is really easy to relate to, as a younger sister who appreciates family and loves her sister. I also really love her because she is super funny and not afraid to be herself.”

Beyond their attempts to make Marvel characters more relatable, to viewers, the franchise has grown to include increasingly more diverse superheroes in recent years. In 2018, Forbes revealed that 61% of Marvel characters were white. However, recent efforts of Phase 4 movies have been to increase racial diversity with new superheroes such as Black Panther and Shang-Chi.

Ridhi Dondetti, Marvel fan and sophomore, said she thinks Marvel has done a good job incorporating diversity in recent years, but she said she would like to see more cultural representation.

Dondetti said, “It would be great to see different cultures incorporated into future Marvel projects rather than just including different races to add diversity (such as clothing, daily practices, etc), but I think overall Marvel is doing a good job with slowly starting to add more diversity and representation in their projects and characters.”

Empie said, “I would say for Eternals basically, it is cultural. I mean, they started from very early on and the Earth ages, and basically they went to now. But it’s just very pretty heavy (on) show(ing) the (world’s development) through the camera lens (with) all the colors, plants, nature and humans.”

A new Marvel series, “Ms. Marvel,” is scheduled to release in June. This show will feature Kamala Khan, a teenage fan of superheroes who gains superpowers and becomes Marvel’s first Muslim superhero. Dondetti said she is looking forward to the South Asian representation in this series.

“Being South Asian, I’m really excited for the series and both the Muslim and South Asian representation we’re going to get from the series. I liked how (Marvel is) potentially adding some (South Asian) cultural aspects to the show, such as cultural buildings, practices, and clothes,” Dondetti said.

Aside from racial diversity, these recent efforts have also increased female representation in Marvel movies. Empie said she appreciates Marvel’s initiatives to have females play lead roles, but would still like to see more female heroes.

“In the early years, the females  (in Marvel films) in my opinion only played the love interest. In recent years, you can see that females are having more lead roles, like in Captain Marvel,” Empie said. “I would definitely love to see more female representation in the future and I think the (Marvel Cinematic Universe) is setting up for that.”

With these recent efforts to re-establish the image of a superhero, Empie said Marvel has helped her form her own definition of what makes a hero. Empie said a hero is defined by personality, not appearance and the one trait she considered to be encompassing of all heroes was putting the well-being of others first.

Empie said, “I probably used to think a hero was someone who just saved the world. Like, they were strong and powerful and stuff like that. But I mean, probably now it’s more I do think their personality, like they do things for the better of the world and not for themselves.”

Though most take their idea of a hero from popular media, everyday heroes can also serve as role models. In their daily life, students here says they have many everyday heroes to look up. One such example are police officers.

The Carmel Police Department (CPD) provides 13 School Resource Officers (SRO) for all schools in the Carmel Clay Schools district. SROs are tasked with teaching, informal counseling and enforcing the law within schools.

Major Patrol Officer and SRO Ashley Williams said the SROs also interact with students and families outside of school during community events.

“We try to get out in the hallways and interact and talk to students,” she said. “(We) also try to go to many events. I’ve attended Mr. Carmel; (I) try to go to class awards.”

Major Patrol Officer and SRO Matthew Broadnax said he agreed the SROs try to interact with all students. Broadnax also organizes the Teen Academy, a week-long summer program to teach middle- and high-school students about what it means to be a police officer.

“We got to simulate almost every aspect of a police officer’s life,” Srivatsa said. “(The program) was a really interactive experience, and immersive, too. I found that to be very helpful and—especially as someone who hasn’t grown up in the U.S., at least not until I was in sixth grade—I guess I wasn’t as aware of how things work, so, to be able to see from the perspective of a police officer how they conduct their jobs, was really interesting.”

Broadnax said he believed the Teen Academy could inspire students to pursue a career in the police force.

“I think (the Teen Academy) encourages students,” he said. “(At least), it will definitely motivate them more to consider (the police force) as an option. We’ve seen that in practice, and it’s kind of cool to see. Even if they don’t, they get an idea of what police officers do.”

Srivatsa agreed and said the Teen Academy was encouraging. She said after she completed it, she joined the CPD Cadet Program. However, at the Teen Academy and the Cadet Program, Srivatsa said she saw a male-dominated program, but females who served as leaders gave her encouragement to continue.

“Our sergeant was another (woman)…so there were women in leadership positions when I was (in the program),” Srivatsa said. “I don’t think I felt as lost in it as I probably would have had she not been there. But overall, I do think there were fewer females, I only remember there being four, maybe five, which was a bit of a record. It was a bit, I wouldn’t say surprising, but it was a glaring difference between the (number of) boys and girls in the group.”

When she was undergoing basic training, Williams said she also saw a disproportionate number of women in the police force.

“(I) was definitely in the minority,” Williams said. “Typically, if there would be two (women), that was, you know…It’s not uncommon to, if you sign up for training, to be one of two women there.”

In recent years, many police departments have begun to take notice of the lack of women in the police force. To counter this, the CPD pledged to the 30×30 initiative, which aims to increase the representation of women to 30%.

“We’re actively trying to recruit more female officers, and we probably have one of the more diverse departments in surrounding Hamilton County,” Broadnax said. “But Carmel always wants to strive to be as diverse as possible.”

Despite current initiatives to increase the number of female officers, Srivatsa said she still noticed a lack of racial diversity in the youth programs she attended.

“There were five girls (in the Cadet Program) and two of us were people of color,” she said. “There were a few people who were prejudiced against us. They weren’t openly racist or sexist. We had open discussions about each of our beliefs, and we each respected the other’s beliefs, but it was obvious that at some point there was an irreconcilable difference between some of the other (cadet’s) beliefs and my own beliefs as a person of color.”

Broadnax said he believes the CPD does not bring about or support a racist environment.

“I certainly do think that more representation would be a good thing, but at the same time, I realize that we’re also divided in our beliefs as people,” Srivatsa said. “Often I’ve seen and read that people who have certain beliefs are more attracted to certain kinds of jobs, certain roles, and I think that would make it harder for there to be diversity in a lot of fields, not just in the police force but even in medicine, law, any job really…That, more than anything, would create a divide. And I think diversity—you know, having to hear other people’s stories, other perspectives—it’s a great thing, but I don’t know how feasible it would be in the future. But, there’s always hope.”