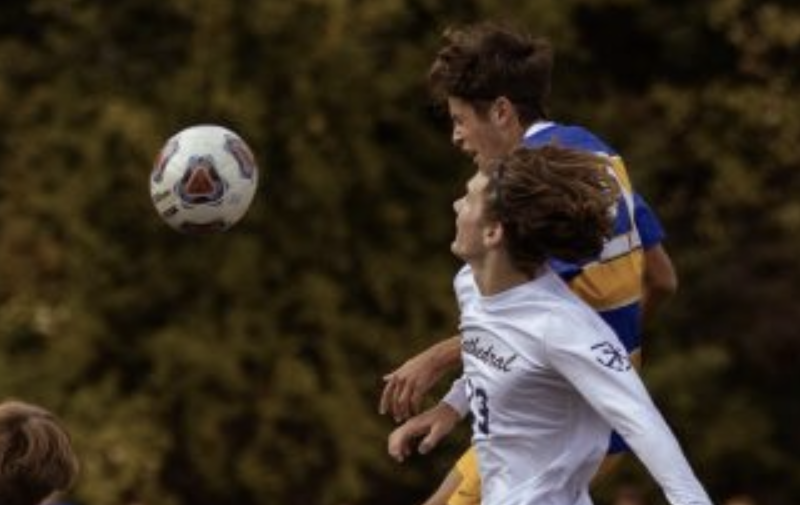 Junior Nick Basso goes for the ball during the game against Cathedral. Photo: Luke Miller

The men’s varsity soccer team prepares to play at Homestead at 8 p.m. on Sept. 16. This game will be their “Pack the House Night” at Murray Stadium and is supporting the Make Good Decisions charity.

Head Coach Shane Schmidt said that being on home turf is a big advantage for the team.

“The general fact of being in front of our home fans, I think it has a different impact. The boys take a little more pride in wanting to perform better.” he said.

Varsity soccer player and senior James Gilbert shares the same views about home turf advantage and said that having a large student section benefits the team.

“I think just seeing everyone you know in the stands is a very big advantage,” he said. Gilbert also said that the players are used to playing on the turf at Murray Stadium where there are no problems with the field or the lights.

The varsity team is selling t-shirts to support the Make Good Decisions charity prior to the game and at the game. See the full men’s soccer schedule here.