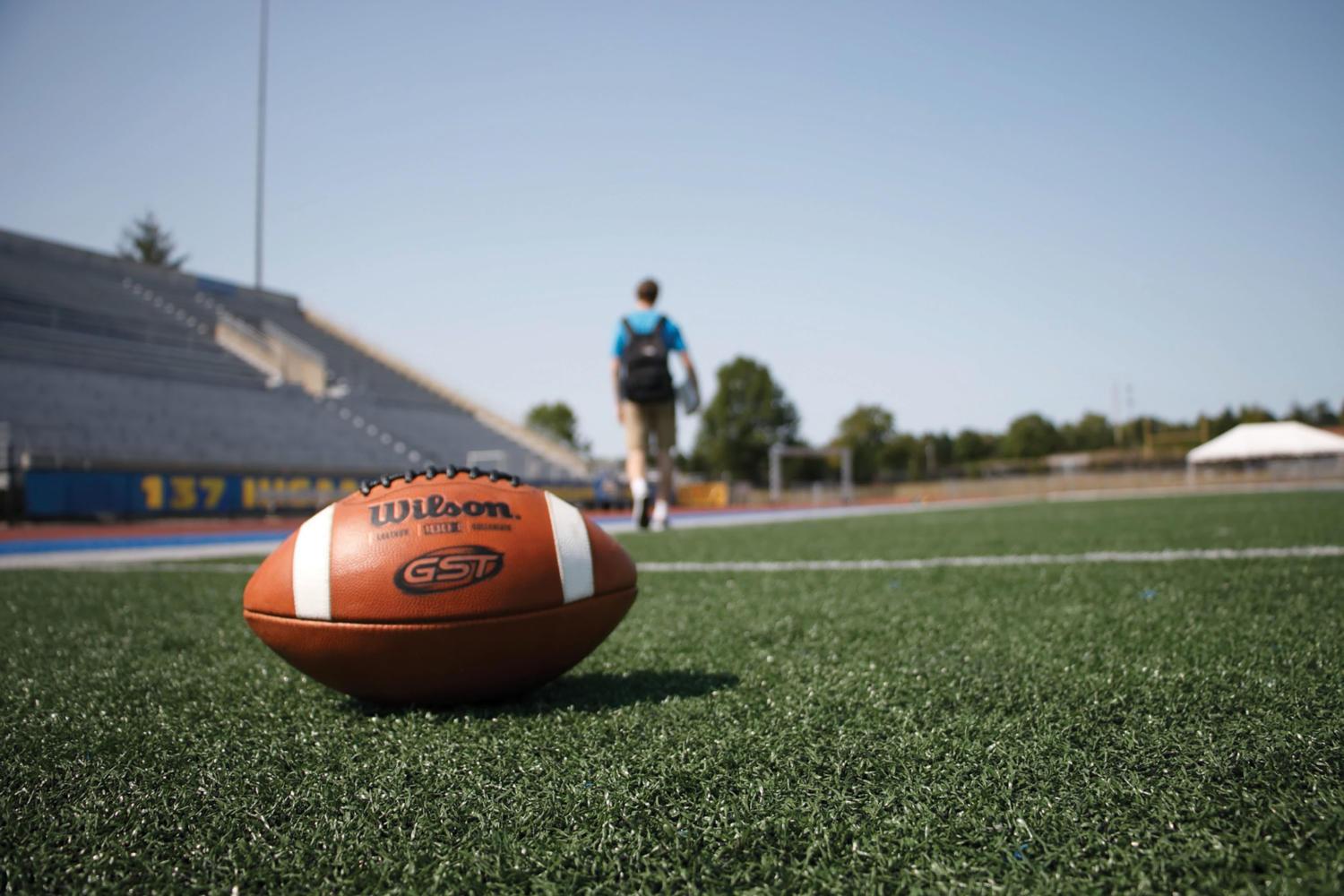 Slowly but surely, the days of the gladiator have been swept to the wayside and the age of the modern, intellectual warrior has emerged. As such, the evolution of sports has been drastically altered by the structural changes in society.

Today, it is commonly understood that for many high school athletes, while athletics are important, their primary obligation is being a student. Athletes now understand that success not only in sports, but also school, is crucial to achieving their dreams. 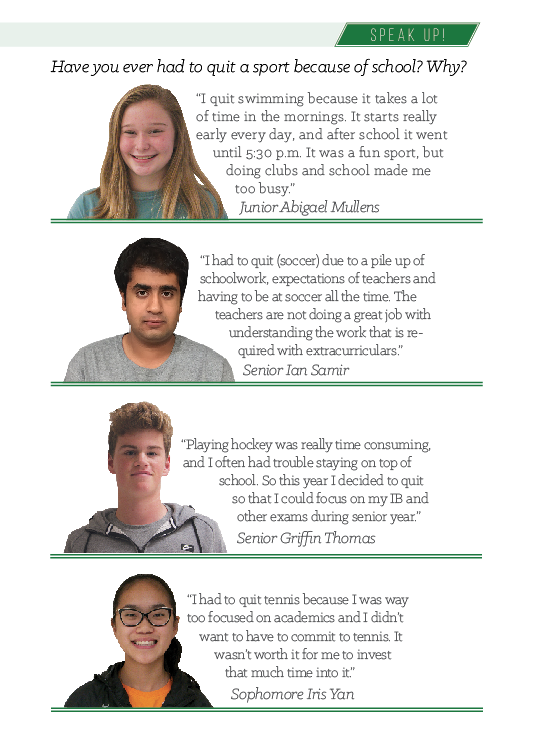 For many student athletes, that duality of academics and athletics is difficult to maintain.

“I think one of the great benefits of students athletics in that it challenges players to learn how to balance an academic load with sports,” Athletic Director Jim Inskeep said.

Inskeep said he has seen a shift in athletes’ focus on academics in recent years. The average GPA of CHS athletes has risen every year under Inskeeps’ tenure, and Inskeep said that increase points to the fact that students are taking school more seriously.

“I firmly believe that if students can utilize SRT and other resources CHS offers well, that they will find success,” Inskeep said.

Furthermore, according to Inskeep, athletics are now used as résumé builders on top of academic success.

However, not all athletes are capable of managing the rigors of both. Joshua “Josh” Spence, former CHS football player and junior, decided he prioritized success in the classroom over football. Spence has always been a gifted student, finding quick success in math and science. However, he also participated in sports, first as a member of his Creekside Middle School basketball team and later on the CHS football team during his freshman and sophomore years. Spence continues to be a member of the CHS track team.

Spence said he always struggled to balance his grueling schedule in the classroom with the demanding world of athletics. In his junior year, Spence decided school had ultimately won out.

“A time came where I was deciding between homework and sleep because of football. I knew then I had to quit,” Spence said.

With an eye to the future, Spence said he realizes education is the key to a successful future. As such, he has enrolled in a plethora of higher-level classes.

“I want to pursue a career in medicine when I’m older, so I understand I need to do well in school,” Spence said.

For Spence, the choice was clear: regardless of circumstance, school always came before sports. Spence said he is glad he quit because it has given him the time needed to focus on his higher level courses.

“AP and IB classes are challenging, but now I feel I have more time to allocate to studying so I can do well,” Spence said.

However, the fact that he had to make this decision remains a source of  frustration.

“I don’t really regret my decision, I feel that I made the right choice. My larger issue is that I was forced to make this choice in the first place,” Spence said. 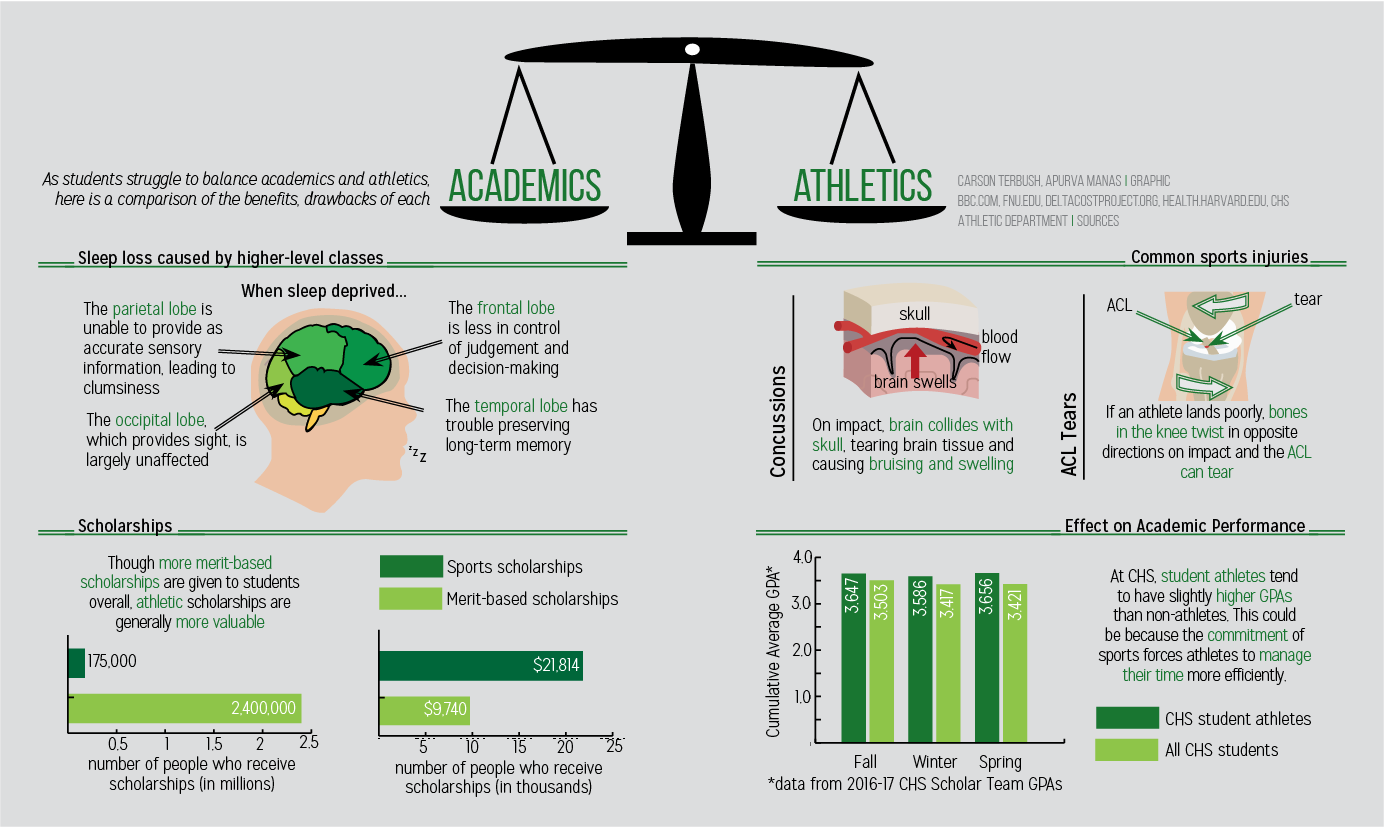 Peter “Pete” O’Hara, Spence’s freshmen football coach and IB psychology teacher, has been both a student athlete as well as a coach of student athletes. O’Hara said he has been involved with sports, football in particular, for what seems like forever. He said when he first arrived at CHS, he immediately applied for a coaching position.

According to O’Hara, “I’ve had a football in my hands my entire life. I don’t remember when I started loving football, I just always have.”

O’Hara said his life seemed to be a long preparation course for being a football coach; from serving in the army for 23 years to being a teacher to having an inherent love of sports, he was built to coach. Each summer brought the vigor to inspire a new wave of enthusiastic young football players, which stirred in O’Hara’s heart a passion to coach.

O’Hara also said despite keeping a busy schedule, he has been able to juggle the responsibilities of life, but it hasn’t always been easy.

“I was a student athlete and it was hard, I’ll admit that, but I sacrificed and learned how to manage my time effectively,” O’Hara said.

However, this past year,  O’Hara decided it was time to move on after 18 years of coaching.

O’Hara said, “I have other responsibilities now. I have more work at school, I need to take care of my family, and I’m getting a little old.”

O’Hara said he still misses the grind but while being away from the game is hard for him, his focus has shifted to other aspects of his life. However, he said he continues to be a strong believer in the concept of a successful student athlete.

“I think being a student athlete is incredibly rewarding; playing sports can teach students a lot that they can’t learn in the classroom,” O’Hara said.

However, he said he does recognize it can be challenging.

O’Hara said, “Student athletes must learn how to manage their time. Sometimes they will have to make the decision to skip something fun to study and do school work.”

Overall, O’Hara, a former student athlete, coach and current teacher, remains adamant in his belief that school and academics can exist side by side, albeit not peacefully.

On the other hand, Kiersten Carlson, CHS tennis player and senior, said for her, finding a balance between school and sports was the goal. This was a struggle for Carlson because she understood other players were constantly playing tennis.

“I saw all my competitors were doing online school so they could play more, so I decided to try it,” Carlson said.

Carlson said she is content with her choice to take online courses for a semester and said she feels it was the right decision, but after a while she realized she simply valued school too highly. After doing online school the second semester of her sophomore year so she could pursue tennis more seriously, Carlson re-enrolled at CHS and now works to balance both school and sports.

Carlson said, “At Carmel, I play before and after school and then also have homework.”

Carlson said her decision has ultimately been rewarding as she has committed to play tennis at Toledo University.

“Toledo is a great atmosphere for me because it’s a little smaller, and since I want to study pre-med, I will be able to focus on both (pre-med and tennis),” Carlson said.

Though O’Hara and Spence took wildly different routes in their journeys out of football, they said they both found ways to adjust to their new lives. These profound lifestyle changes have been a challenge, but with change also comes new opportunities.

Today, Spence participates in track and field at CHS; he said it is more relaxed than football and helps him stay in shape. Carlson is once again a student athlete at CHS and said she is enjoying her senior year. O’Hara has focused on his job and family, content to leave coaching in the past.

“I’ve always loved sports, but at this point in my life school has become more crucial to my future success,” Spence said.

Overall, change has proven to be more manageable than expected for them. All admitted they miss aspects of their past lives, but individually they have come to realize life goes on.

Moreover, Spence and Carlson have come to the harsh realization that academics at this school are particularly rigorous and demanding. They have stumbled upon the conundrum of the student athlete: there seems to not be enough time to prosper at both school and sports.

While this paradox has been mentioned by students, Inskeep and O’Hara both stress that with effective time management, students can make it work.

Inskeep said, “There is certainly a strong precedent of student athlete success at CHS, but athletes must recognize that their first responsibility must always be academics.” 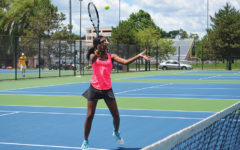 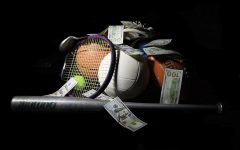 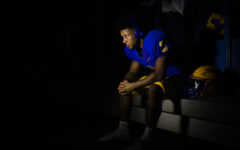 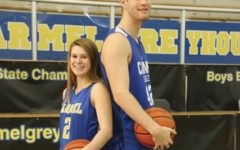 Coed Sports: Should They Exist? 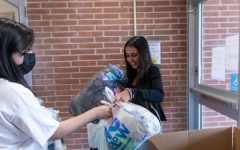 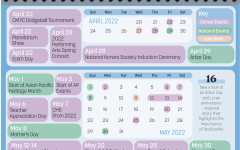 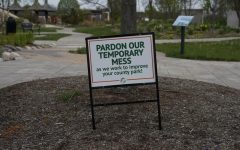 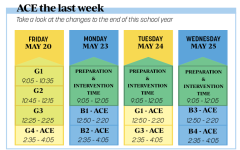 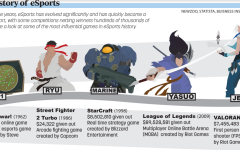