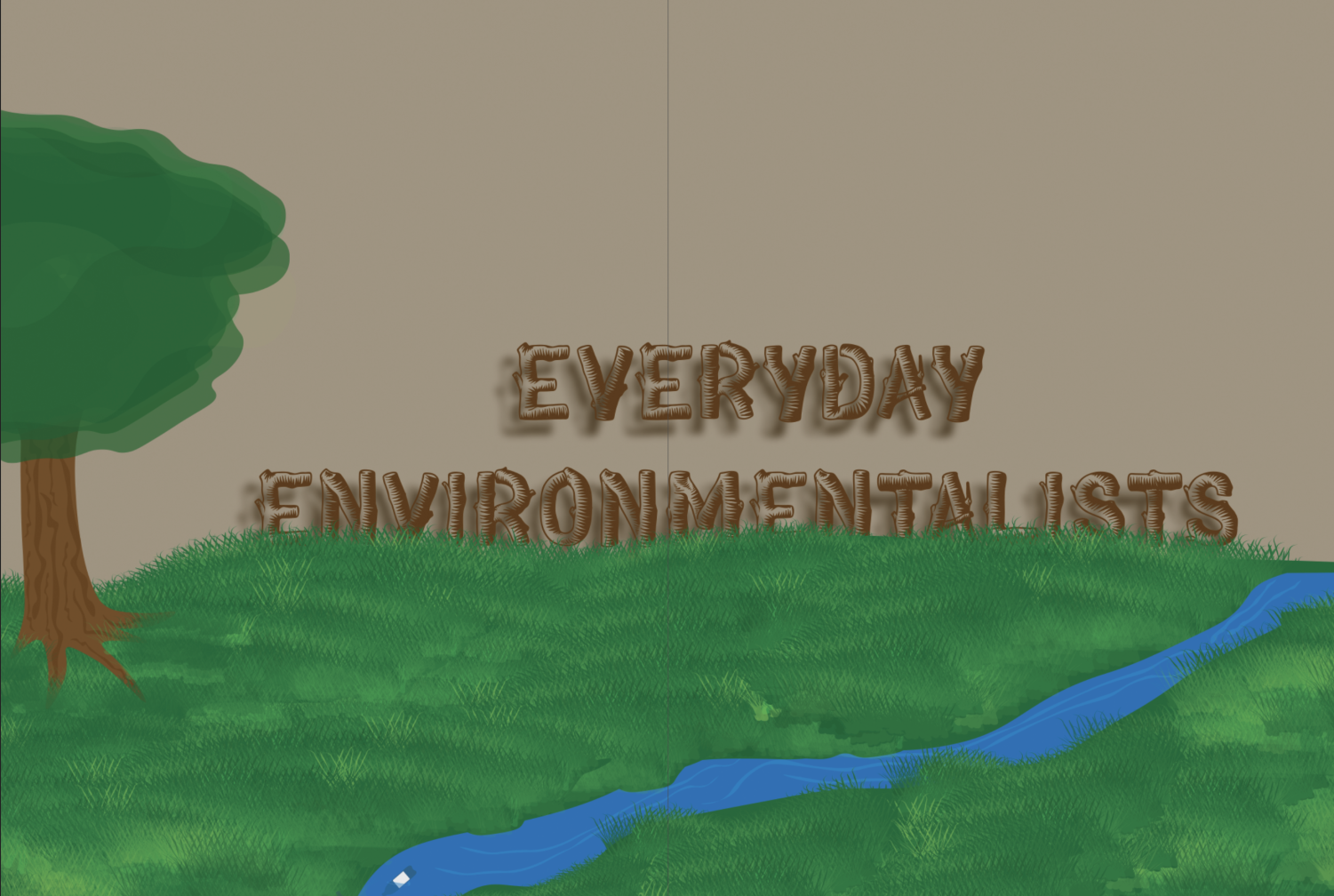 Recently, students considering their carbon footprint have turned to a growing movement: sustainable alternatives to daily products. This means using ethically sourced, renewable products with low negative environmental impacts in their day-to-day lives, instead of single-use plastics and nonrecyclables.

“It’s really important to know what you are consuming and where it’s coming from. Because of our purchasing power as consumers we can really control what’s in the market. Really being aware of what we are buying, that can allow sustainable products to enter the market,” Rajesh said.

She is not alone in her view; AP Environmental Science teacher Tammy Keilman said people vote with their money when they buy sustainable products.

She said, “The more people demand and purchase (sustainable products), the more those companies can grow and word gets out that’s what people are wanting.”

According to freshman Aayush Singh, the breakdown of single-use plastics in our environment and the negative effects of storing waste can be seen indirectly in a lot more places than overcrowded landfills or oceans. He said the science behind climate change often connects phenomena to each other in ways we might not notice, for example disposable waste and skies with less visible stars than ever.

“We already know about global warming and all that stuff. But think about even things many people wouldn’t even think about, like light pollution,” he said. “Astronomers are finding it increasingly hard to find places to put their ground based telescopes because you need a truly dark night sky and there are only a few places in the world where you can actually get that dark of a night sky.”

According to an environmental psychology study published in November 2020 by Frontiers in Psychology, teenagers are more inclined to value environmental behaviors such as recycling, purchasing sustainably marketed products and traveling in more environmentally friendly ways.

These values were evaluated as significant to one’s “personal norms,” causing environmentally-conscious individuals to consider sustainability as a more serious issue than others.

Following this notion, Rajesh said she would advise people to spend more money now to reap the environmental benefits later. While her thoughts on using government spending to prevent light pollution seems like a monumental process, students should be aware that buying reusable grocery bags, straws, water bottles and more might not only save their money, but in addition, their individual actions could also contribute to creating environmental change.

“(Sustainable products) are getting to a point where we’re also going to see higher prices for things, so often sustainable alternatives can be more expensive. But it’s really important to invest in those types of things, because even though the upfront cost of, let’s say buying a water bottle, might be more than just a plastic water bottle, in the long run you’re going to save a lot of money,” Rajesh said.

“I think a big thing (in promoting sustainability) is social media,” Keilman said. “If you pay attention, I’ve been seeing a lot more sustainable products being advertised and trending, and I think that’s a great indicator people are looking for ways to improve their (environmental) footprint.”

However, companies can use greenwashing to describe products as good for the environment when they actually have a negative impact. Environmentalist Jay Westervelt coined the term greenwashing, also known as green sheen, in the 1980s, after observing hotels left signs asking patrons to reuse towels, claiming the hotels wanted to save water, whereas in reality, the hotels practiced many wasteful environmental actions and by reusing towels the hotels saved money and labor for the company.

Singh said greenwashing is most easily avoided by doing research on the company’s policies. Many “green” terms are loosely defined, so he advises customers of these products to take sustainable marketing labels with a grain of salt.

“Vegan meats, vegetarian meats, there’s a lot out there. And even if that’s not something you’re really interested in, you never have to go cold turkey or completely make a switch. But just making a conscious effort of eating and making an effort to monitor that and be aware of what you are consuming (is important),” she said.

Keilman said she agreed many modern food products can harm the environment, and pointed out the waste that comes with packaging; Keilman herself uses a Soda Stream to avoid wasting plastic bottles. She also said using reusable containers for food can help the environment by eliminating food waste, because people can save leftovers and avoid using disposable containers.

She said, “We compost, and we recycle, and we do all that. I have recently purchased a bunch of silicon bags, so we have completely gotten rid of all plastic, single-use plastic. That was a very big move because you don’t realize how much it’s embedded, grabbing that Ziploc bag or that piece of foil.”

Singh said a good way to use less disposable plastics is to buy sustainable options at lunch, or bring food in reusable containers. He said the waste they produce should be a factor in students’ decisions when it comes to school lunches.

“Personally, I’ve tried to stop using plastic when I get food at lunch. Normally, I used to get just the little plastic baggie of carrots and I’ve tried to get less of the plastic items at lunch because I realize that buying those every single day leads to much more waste than if I just brought my lunch or used the items that weren’t single use plastics in the lunch line,” Singh said.

She said, “A lot of these fast food chains and where they’re sourcing their meat, it’s from very bad conditions that put a lot of methane into the environment, which is like 10 times worse than carbon dioxide. A lot of times those are also disproportionately affecting minority communities, people of color.”

Singh said the air pollution mentioned by Rajesh is especially an issue in other countries. Moreover, 42% of U.S. adults, according to a survey by Pew Research Center in Jan. 2022, believe global climate change should be a top priority for the Biden administration.

“If you just look in a random place in maybe New Delhi or Beijing, you’ll see something with a 999 score for the global carbon scoring, for how much carbon is in the atmosphere, which is considered hazardous. Not even unhealthy, hazardous,” Singh said. “Climate change is all around us. You can just look anywhere and see the effects of that.”

As intersectional environmental activist Leah Thomas said, “We can’t save the planet without uplifting the voices of its people, especially those most often unheard.”

Keilman agrees, stating that preventing climate change requires a global effort. She said she wanted Carmel students to pay attention, take action and make changes to help the environment to the best of their ability; she recommended bringing lunches, using a reusable water bottle and buying shampoo and conditioner in bars instead of plastic bottles.

Singh said while we should hold ourselves accountable for our carbon footprint, we must also take action to stop environmental harm at the source, by demanding green policies from big companies.

“I think it’s more transparency about the policies that companies do. So if you just have a company doing everything by themselves, not letting the public know, then they can do a lot of shady things that are really bad for the environment without any repercussions,” he said. “So really letting the public and the government be able to have at least somewhat of an insightful view on what the companies are doing will greatly help sustainability and really force the companies to use sustainable practices.”

Rajesh said the transition to sustainable products is a long process for most students. Just replacing disposable items with renewable ones over time, participating in meatless Mondays or refusing to buy clothes from unsustainable companies like Shein can have a big impact on the movement to keep our planet safe and clean.

Rajesh said, “It can be really overwhelming at first, but just try to choose one aspect of your life and make that as sustainable as possible. Let’s say I’m going to decide that I’m going to focus on my clothing, try to make that as sustainable as possible. You don’t have to go sustainable overnight, or become zero waste overnight because that’s really hard to do. But start at a small portion and eventually you can try to build on that, and really make a huge difference.” 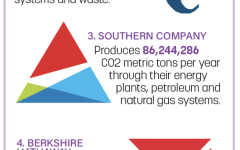 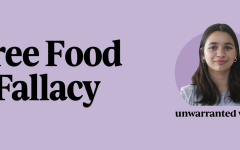 Dietary criteria in school lunches should be updated to students’ needs 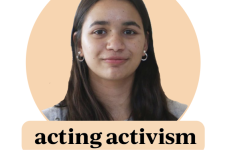 As public figures become more prominent in student’s lives, we should review their impact on environmentalism 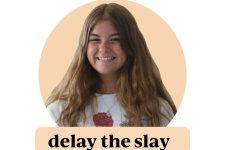 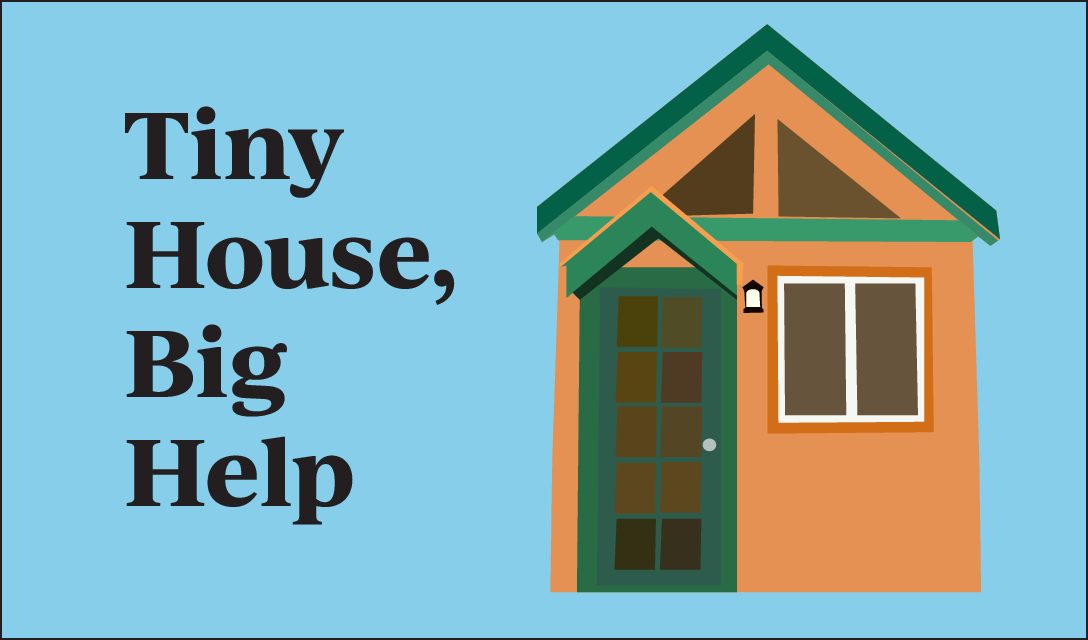