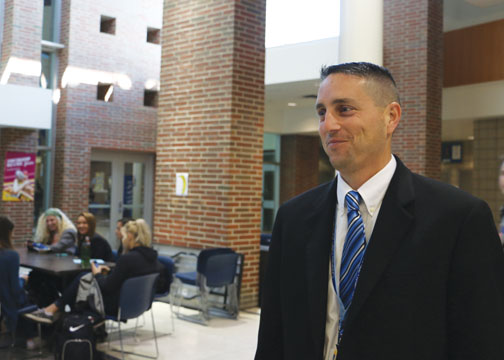 Who gets the privilege to watch the solar eclipse?

What is the purpose of having the permission slip?

The purpose of it is that you may have some parents, we’ve had a couple who have opted out, not very many, that feel that they may or may not their son or daughter to go out and look at the sun, which we are providing the eclipse glasses. It’s that they understand there’s a risk that if they were to not use their glasses that it could definitely hurt your eyes. It’s just amazing how much we know not to look at it but people are tempted to do so when there’s an eclipse. It’s just to make sure parents are aware of what we’re doing; it’s a communication tool for us to them, so they know what’s going on, so they can talk to their kids about it as well.

What if parents didn’t receive the permission slip email?

That’s one of the reasons why we’ve made announcements this past week, and we’ve had teachers tell kids if your parents haven’t seen this, they need to check on it, or we’ve had (the permission slip) available in the Student Services and in the Freshmen Center so that kids can go pick them up if they feel like they need t….o do that so they can take it home, get it signed, and still bring it back, so that way we’ve reached everyone.

How lenient will administration be with late forms?

They need to be turned in today (Friday August 18th); the deadline, I believe, is 3:00 p.m. It might be 3:30 p.m. I can’t remember, but it is at the end of the school day. If they don’t have their permission slip form, they won’t be able to go out during the solar eclipse.

What will the students who don’t have a form be doing inside the building?

I think we have over 4700 permission forms turned in, so a huge majority have turned them in. So what we will do is we have stations throughout the building. Let’s say Main Cafeteria for example or Greyhound where when teachers are heading out of the building, let’s say they have a student or two students that don’t have their permission forms, they’ll stay in those areas, and there will supervision in those areas, so those students can stay there and wait until the classes return.

Are teachers allowed to go out and watch?

How will teachers be able to know who got their permission slips in and who didn’t?

We will have collected through Google Forms, and obviously some students are bringing in the paper form as well, so we’re adding it to that, and then we are going to provide it to our teachers Monday morning because we could receive more (forms) by the end of the day. And that’s one of the reasons why it’s important for us to stick to that guideline of (the forms) have to be turned in today. There’s a lot that goes into it that (teachers) know who is supposed to go out.

What’s the schedule for the day?

The day itself will remain intact; you’ll go to every class as normal. During fourth period, though, each class is going to have a 15-minute window when they’re going to have an opportunity to go outside, view the eclipse, and come back in. We’re going out in three waves of 15-minutes, so we don’t have 4700 kids going out at once, so they’ll have different spots outside the building that they’re going to go to, and then they’ll come back in and then the next group will go back out. The viewing times will be starting at 1:45-2:00, and then 2:05-2:20, and finally 2:25-2:40. We would like to have all kids back in by 2:40. We have a lot of traffic outside–people coming to pick up and buses– so we want to have everybody in before that big rush starts coming around 2:45-ish. Teachers will have a copy of the schedule.

Will you use the intercom to gather the students, or do the teachers know?

The teachers know–since we’d have to interrupt quite a few times. Teachers have their window of time that they’re going to go out.

How is administration trying to ensure the safety of all students?

It’s another one of the reasons we sent out the permission form is so parents have it and can talk about it with their kids. Monday during first period, you’ll be seeing a short video of (safety) and right before you leave, (you’ll receive) another reminder of mostly common sense safety rules.

Where does the school get the glasses from?

Our central office bought them for the entire district. I’m not exactly sure where they got them. They purchased enough for all of our students.

How are you planning to distribute the glasses?

Every student is going to get (glasses); the permission forms don’t even matter (for this). Even if you’re not going out, you will get one that way, leaving school, they’ll still have one. We are going to distribute them to the department chairs. We know how many students are in each department. The teachers will go get them from the department chair in the morning.

Do students need to bring anything else?

No. We just need to hope it’s a nice day.

In which situation will we have to cancel the solar eclipse viewing?

Depending on the weather. Hopefully, we have a nice, sunny day. We’ll wait and see. We don’t have to make the decision until 1:30. (If it were cancelled), we would send out an email to the teachers and also do it over the public address system to let the kids know as well.

If students or teachers have any other questions, what are ways they can get their questions answered?

They can come see any administrator. Students can ask their teachers.

I just think it’s important for kids to use the glasses. Not just the time they go out with their classes, but also when they leave the school at 3:05. Make sure that you are being smart. 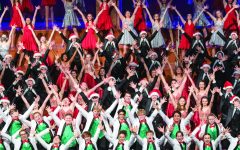 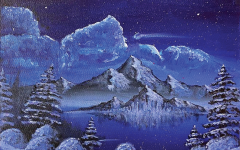 With the conclusion of Carmel Clay Public Library’s Art-ivism for World Needs event, take a look at students past Art-ivism works

The National Chinese Honor Society (NCHS) will host a celebration event for Chinese New Year. This cultural holiday will happen on Feb. 1 and also mar... 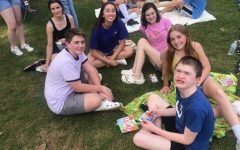 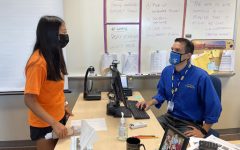 GKOM to Meet with Freshmen Jan. 20

Macie DeLilo So what would you say your role is as a sense?  I mostly help plan events for the whole school to participate in, be part of that lead... 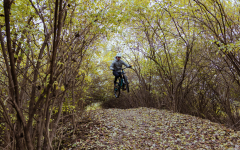 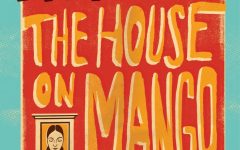