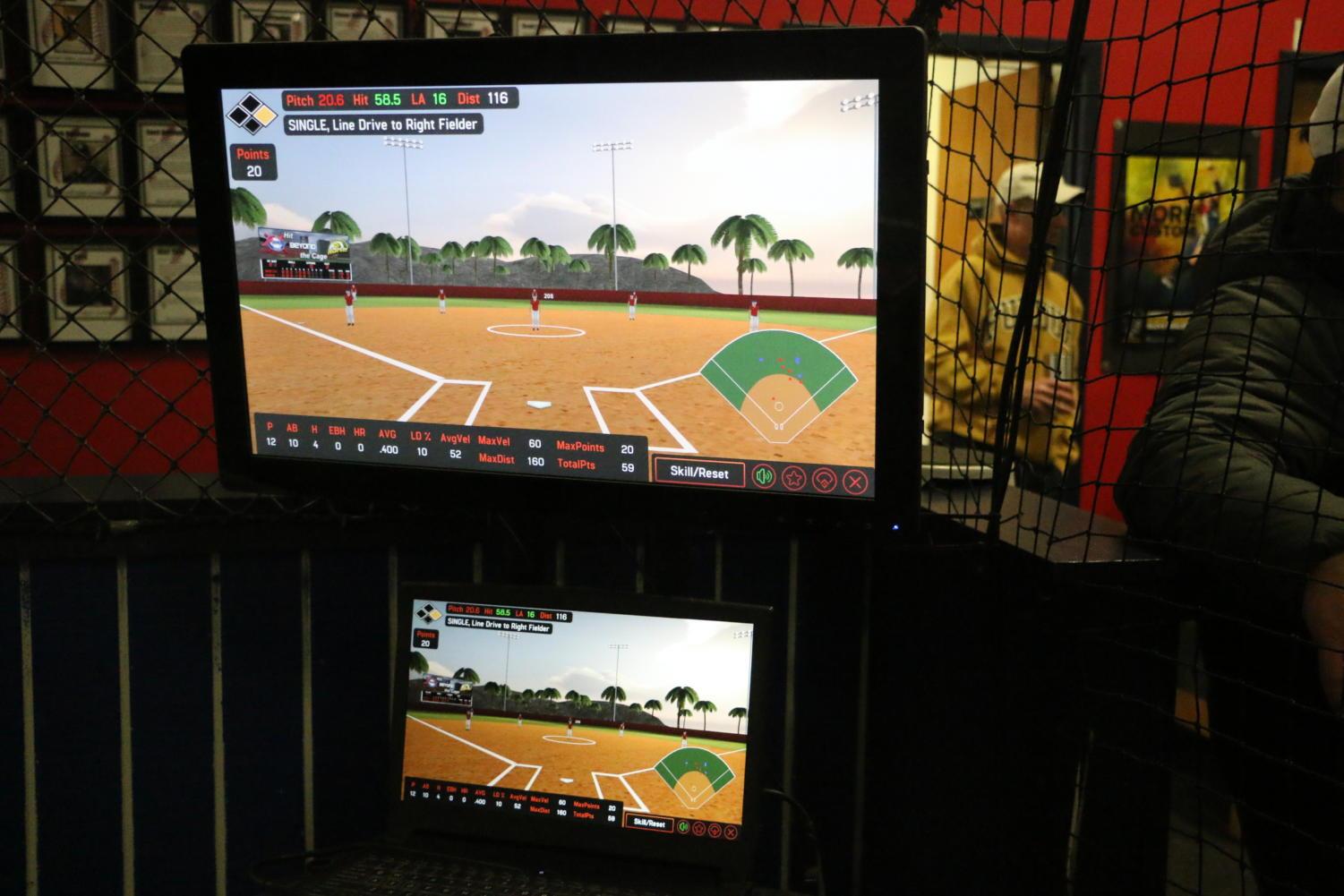 Smart Sensor: The HitTrax stimulation shows what happens after Sophomore Olivia Roop hits a softball. Roop said she has to go to her club facility to access the technology. (Kelly Truax)

Smart Sensor: The HitTrax stimulation shows what happens after Sophomore Olivia Roop hits a softball. Roop said she has to go to her club facility to access the technology.

Tapping into Technology: Athletes look outside of CHS to access special types of technology

Some athletics programs have implemented various forms of new technology throughout the past few years. While CHS doesn’t own many of these technologies, some athletes said they use this technology in their club seasons.

Athletes such as Roop have to adjust to not having technology when participating in their school season. She said although they practice mostly outside, the days they have to practice inside make it tougher for her to not have the sensory technology. However, she said this isn’t the case for all players.

“Especially since there are a lot of people who don’t have that type of technology, they’re not used to working with technology so they are good at making do with what they have,” Roop said.

Roop said she thinks the technology improves the athlete’s skills and doesn’t take away from the sport by using it. 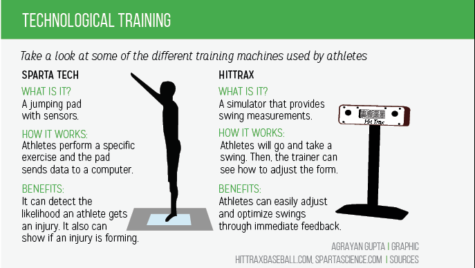 I think (the sensor technology) is most useful in the winter when we can’t get out on the actual field. This way it’s easy for us to see how we all are actually doing when we’re in the cage,” Roop said. “I don’t think (the technology takes away from softball) because to me the whole point of doing the sport and using the technology is wanting to get better, so why not use all of the stuff that you can in order to try to get better.”

While different types of technology can help athletes improve their skills, the cost of such technology can become fairly expensive. According to Athletics Director Jim Inskeep, one reason CHS hasn’t implemented different forms of this modern equipment is due to their high prices.

“There are a lot of different technologies out there, many of which (athletes) may have at their own home or they may have working with a private coach, a traveling coach or more,” Inskeep said. “Some of those technologies we’ve taken advantage of in our programs, but a lot of them though have a large expense associated with them.”

Inskeep said it is a possibility CHS may implement technology into its athletic system in the future.

“Well, you never say never to anything,” Inskeep said. “We certainly have a lot of sports and their techniques evolve. I mean there are things we’re doing now I wouldn’t have thought we were doing 20 years ago.”

Men’s tennis Head Coach Spencer Fields said he has personally used different types of modern tennis technology and said he thinks it is something the school should implement.

Currently, the school athletics program has access to a video technology program called Hudl, which can take a closer look at video recordings of an athlete and break down different parts of the athlete’s movements. Fields uses the technology with his athletes to help them better understand what they are doing versus what they should be doing.

“(Hudl is) a huge benefit because seeing is believing. A lot of times I just have to show them a video and they can adapt to what I’m saying or trying to coach them about, much (more easily),” Fields said.

Since the program Hudl has worked so well for the tennis team, Fields said he would support th

e decision if CHS ever wanted to add different forms of technology to the athletic program.

Fields said, “The (United States Tennis Association) has built smart courts now which is an actual machine in the middle of a court which both calls lines in and out, and it tells you everything that happens in a match. I mean, it’s the most detailed reports that we have ever seen, so yeah, I would love to have those at Carmel High School. It would very easily take us to the next level of understanding about what we are doing.”

Garrett Lloyd, tennis player and junior, said he uses a kind of sensor during his practices outside of school, so he said he supports the idea of CHS implementing the technology.

Lloyd said, “I feel like (we) would benefit from having (technology) because it would just help narrow down on what somebody is doing wrong, and then the tennis team could help them improve overall.” 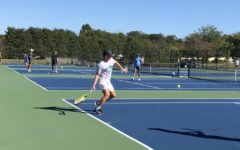 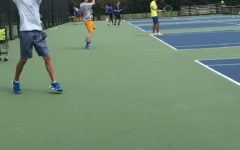 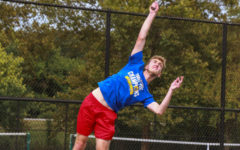 Carmel tennis is one of the few “no-cut” sports at this school. That itself can create a problem unique to the sport: a lack of space to accommoda... 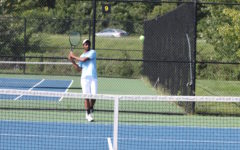 Men’s tennis to compete at MIC First Rounds on Sept. 15 against North Central 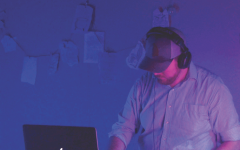 The information in this issue—originally scheduled for publication on March 20—was written and produced prior to news regarding school cancellatio...