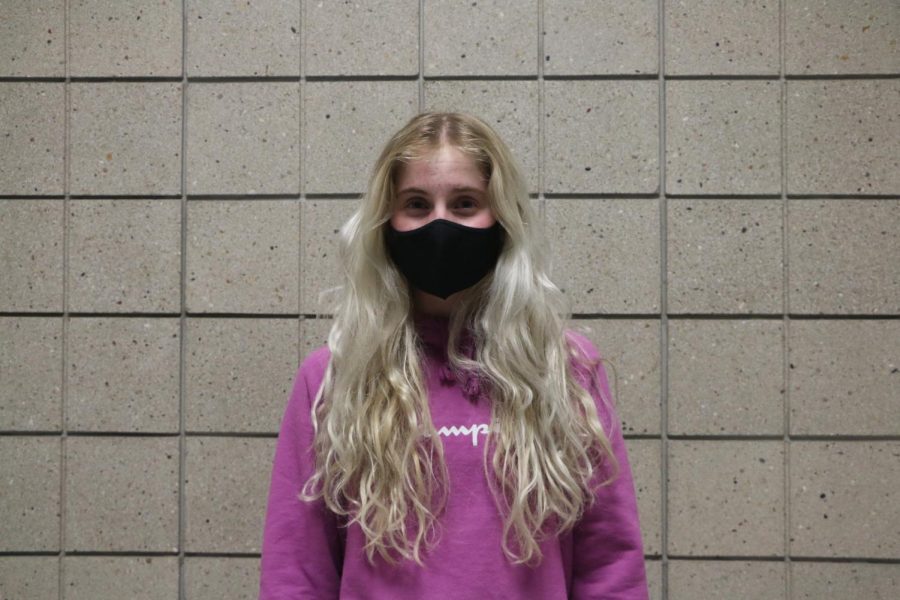 “The weekend everything got shut down, I was supposed to have a hockey tournament in Fort Wayne, but it got canceled last minute. At that point I thought it was kind of weird that things were getting canceled due to a disease but I didn’t think that it would last this long or be this drastic. Things have changed a lot since last year, which is definitely something I didn’t expect back in March. I did, however, enjoy the online school structure of school last spring. I feel like because everyone was somewhat unprepared and not used to online school, work was easier and it almost felt like a jumpstart on summer. Next March, we will probably be closer to our normal lives than we are now because some progress has already been made regarding vaccines and ways to stop the severity of the disease.”