Next Wednesday marks the 65th anniversary of a huge scientific discovery. On Feb. 28, 1953, geneticist Francis Crick and his colleague James Watson walked into a pub and said they had “discovered the secret of life.” They, with the help of experiments carried out by Rosalind Franklin and Maurice Wilkins, had discovered the double helix structure of deoxyribonucleic acid (DNA).

Senior Xuchen Wei is an AP Biology student, and he participated in Biology Olympiad and Science Bowl in his sophomore and junior years.

Wei said, “The discovery of the double helix structure for biology is analogous to what Newton did for physics. It was something that was very foundational to the field, so it’s actually incredible that it’s been so recent.”

“It wasn’t until the 1950s that (scientists) knew more about (DNA),” said AP Biology teacher Eric Rauch. “Prior to that, they thought protein was the genetic material, and we didn’t really understand that DNA was the program to go to mRNA and then to the proteins that are expressed.”

According to Nature, the science journal that the double helix structure was first recorded in, most people in the first half of the 20th century believed protein was the genetic material because it was structurally more complex and appeared in the nucleus in nearly equal amounts as DNA. However, in 1944, it was tentatively discovered that the genetic material was DNA, and in 1952, this was confirmed.

Once scientists knew DNA was the genetic material, they could look deeper into the topic. After working out the double helix structure, scientists rushed to be the first to decipher the genetic code. They worked to figure out the central dogma of biology: the transformation of DNA to RNA to protein. 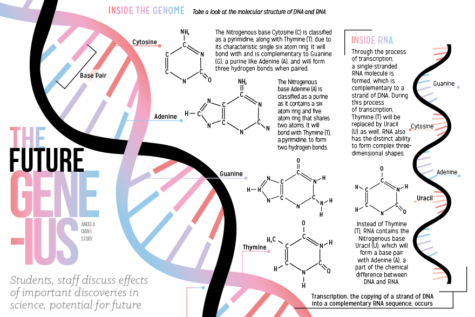 AP Biology teacher Daniel Marble said, “After discovering this double helix thing, the next big step was trying to figure out how it actually works and making stuff useful for ourselves. Now that you have this molecule that stores information, how can you actually turn that information into little machines that do things inside the cell?

“The whole DNA to RNA to protein central dogma of biology can actually explain how this actually gets stuff done; how this information is used to make your cells work,” Marble said.

According to Khan Academy, this process defines gene expression and explains the transfer of genetic material, and as such characteristics, from parents to kids.

Rauch said, “Our DNA is put into sections called genes, and those genes actually code for a certain aspect. Maybe it is the gene for eye color; maybe it’s a gene that contributes to your height, but the genes are segments that are going to code for a specific trait.” 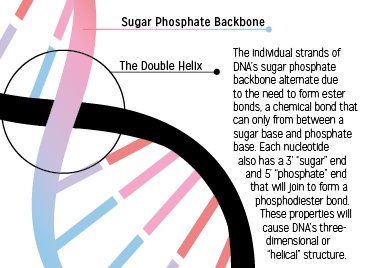 In the nucleus of a cell, DNA is packaged into structures called chromosomes.

“I think the best way to think of it is DNA is a piece of string, and we keep winding it tighter and tighter,” Rauch said. “When we get that spool completely wound up, then it’s a chromosome, but on that string, there’s different segments that code for a specific trait.”

According to Khan Academy, the process to express the genes begins with chromosomes unwinding to reveal the strands of DNA, thus exposing the genes on the DNA. This DNA is copied into RNA in a process called transcription. Finally, the information in RNA is translated into the amino acid sequence of proteins that carry out most functions in the body.

In the 65 years since the double helix discovery, scientists from all over the globe have decoded the entire human genome through what is known as the Human Genome Project. This project allowed scientists to locate where different mutations occur and why some genes are expressed and some aren’t.

Rauch said, “(The Human Genome Project) gave rise to where we are today.”

He said molecular genetics, a branch of genetics dealing with genetic material at the molecular level, has become one of the “hottest” science topics that there are.

Marble said, “We know all the nucleotides that make up a human being. What we don’t know is how they actually make a human being. That’s where all the other cool experiments are being done—trying to figure out how genes get turned on and turned off, and how they interact with each other to actually get stuff done inside of the cell, so it actually does something that resembles a human being.”

According to Wei, the current knowledge and technology of science still have room to grow. 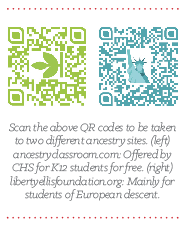 He said, “I think we all think we’re a lot farther ahead than we are. At any given point in time, everyone was like ‘Wow this is so advanced. It’s not going to get much further than this.’”

“Understanding that is the basis behind lots of diseases, like cancer for example,” Marble said. “The reason cancer is so hard to cure is because no cancer is the same as another one, so they’re all controlled by different genes.”

Despite the potential science still has, Marble said it is impossible to know exactly what scientists will solve in the next few decades.

Marble said, “If I knew the answer to that, I’d be a future millionaire or billionaire.”

Wei said he thinks applications in gene editing will be big in the foreseeable future, with scientists working to make the technology accessible to a larger number of people.

Rauch also touched on the easier accessibility of certain technology.

“It’s so exciting and at the same time scary to see where we’re heading because we get into the gene ethics involved,” Rauch said. “This technology has allowed us to determine certain phenotypic traits that are expressed. It used to be that (testing) a child before birth was something that was invasive to the mother. It would have to be done through a needle going through the stomach, and now they can just take the mother’s blood, and there’s enough of the fetus’s blood in there that they can separate it. To me, that’s astonishing. Twenty years ago, that was thousands of dollars. Now, you can do it for about $250. The technology has expanded, and the price is dropping, meaning that it’s more mainstream to society.”

Marble said science is constantly growing and changing, and there are reasons for that.

“There’s still lots of good funding for this basic research, so the NIH (National Institutes of Health), for example, spends billions of dollars every year, supporting basic research to investigate how genes work and how cells grow and things along those lines. There’s also money to be made, so there’s a lot of pharmaceutical companies and biotechnology companies that are investing lots of money to hopefully find treatments for certain diseases,” Marble said.

This funding leads to new discoveries and an ever-changing field. In January 2017, for example, researchers from the University Hospital Limerick in Ireland classified a new organ inside of our bodies, called the mesentery. It’s a single, continuous organ found in our digestive systems that was thought to be made up of fragmented, separate structures. 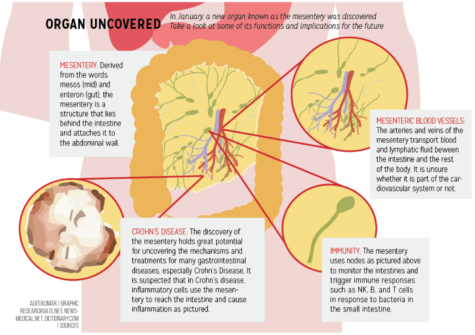 Rauch said these new discoveries have led to an outdated AP Biology textbook and a unique classroom dynamic.

Marble said just in his lifetime, science and molecular biology have grown significantly. Watson, an important name in the field of biology for co-discovering the double helix structure, is still alive today. What does this mean for the future of genetics?

Marble said the discovery of the double helix still seems recent to him. He said, “Where’s the next 65 years going to go? I don’t know.”

Wei said, “If you look at history, we’ve always been progressing more and more rapidly, so I think it’s really hard to say just how much (we’ll grow), I’m sure, an unimaginable ton.” 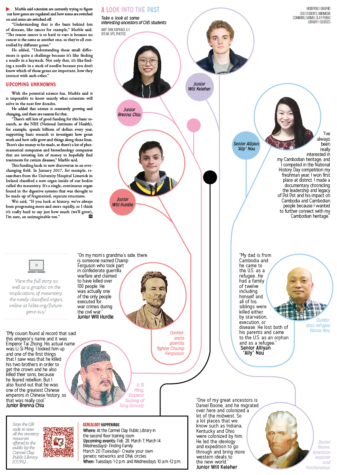 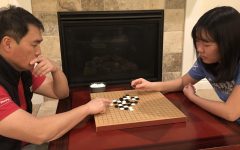 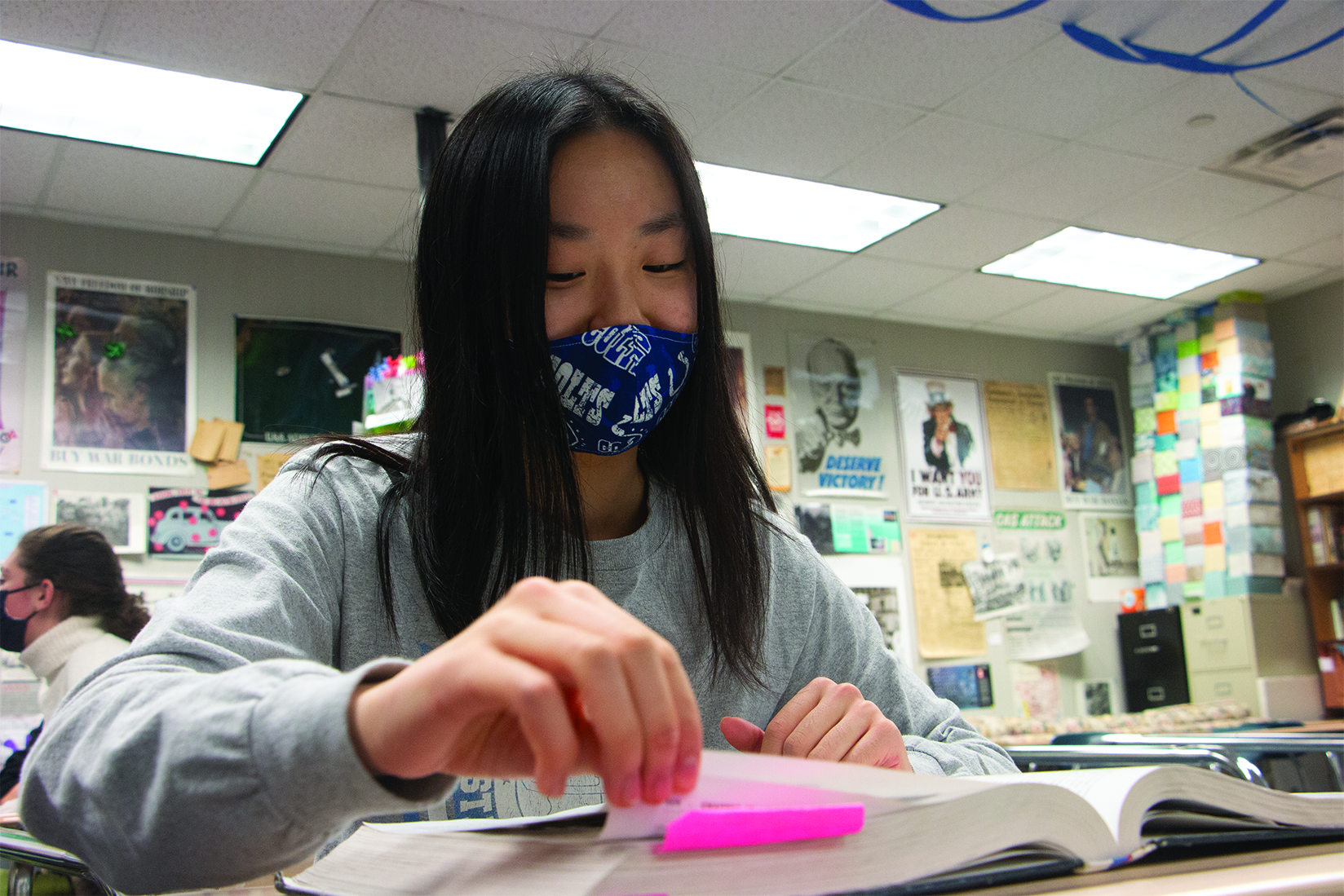 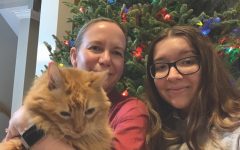 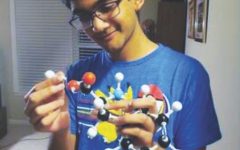 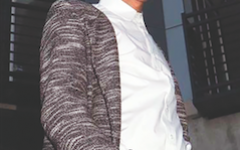 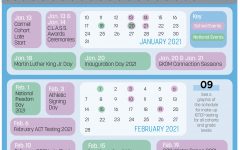 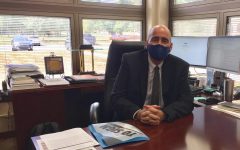 The Carmel Mayor’s Youth Council (CMYC) is currently adjusting many of their plans for second semester to follow Covid-19 restrictions and guideline...

National Honor Society (NHS) had declined to meet in-person first semester due to COVID-19 precautions; the club will continue this policy indefinitel...