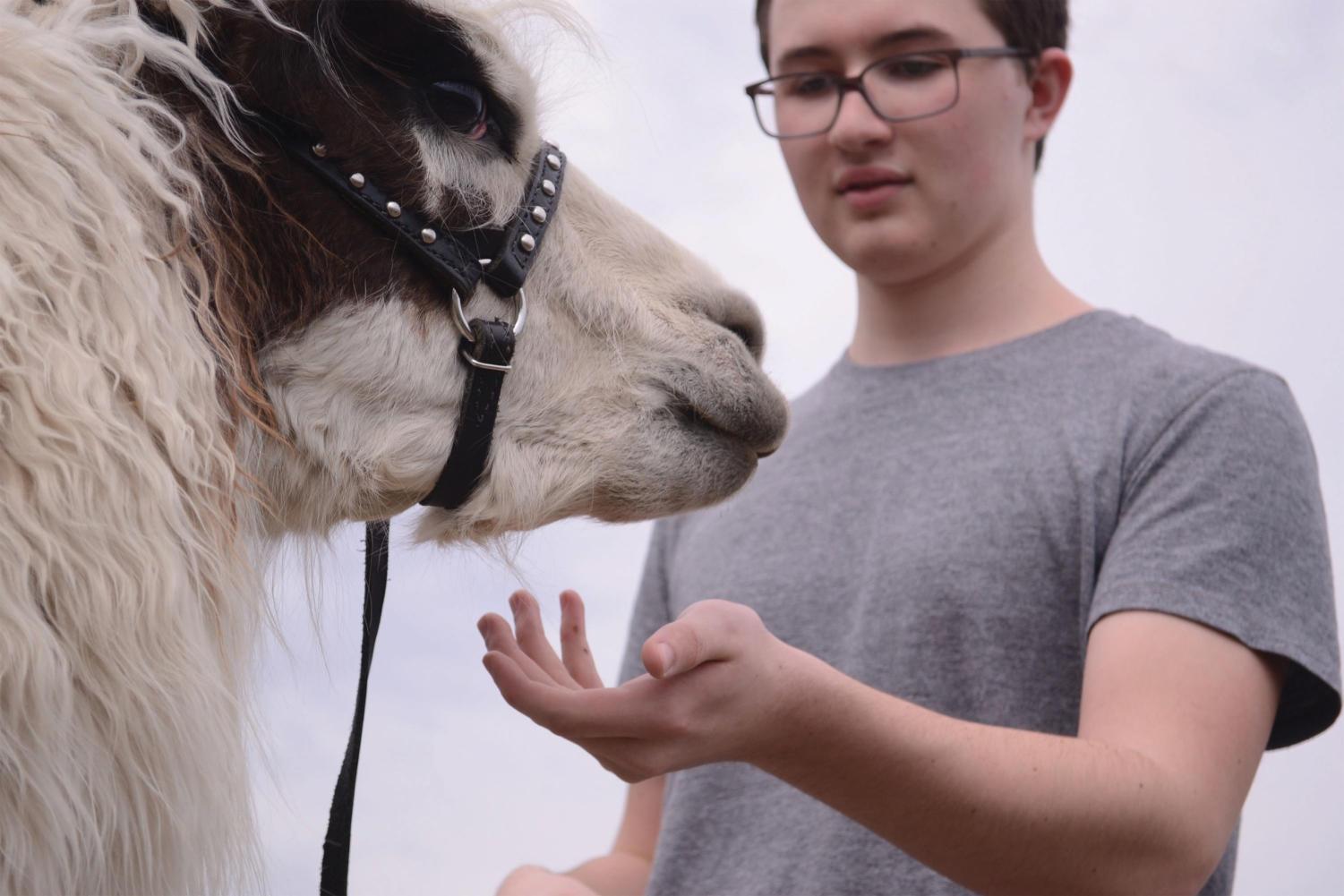 4-H 4ever: CHS students, staff discuss importance of 4-H organization and its role in their lives

While Indiana’s history has long emphasized farming, agriculture and craftsmanship, this hands-on way of life has decreased in prevalence over the past century. However, Head, Heart, Hands and Health (4-H), a youth association that focuses on honing various skills through various competitions and projects, has reinforced the importance of these values  in an increasingly technological world, drastically impacting the lives of students like senior Avery Sims, sophomore Cooper Sims and sophomore Natalie Crispin.

Avery, Natalie and Cooper have each been accomplished members of 4-H since third grade, each with a plethora of awards from the state fair. They said this organization has become an important component to their lives, even in suburban Carmel.

Natalie said she joined the organization because of her family’s involvement for multiple generations. Her mother, Amy Crispin, said she has been involved with 4-H since she was in third grade and is currently the adult leader of the H4 club, a branch of 4-H based in Carmel. 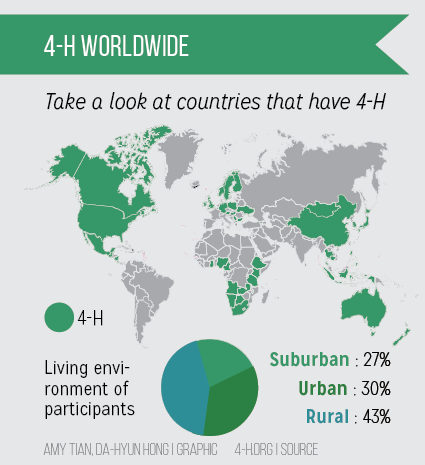 “(4-H) started out in a farming community—I think Noblesville—and (members) would get the kids whose parents are farmers and they would learn new ways to farm. Then the kids would go and teach their parents these new ways to do this,” Mrs. Crispin said. “Then it spread out and (4-H) got people who weren’t on farms that wanted to be involved. It’s just a great way to build up youth and let them show off their skills and talents and abilities, and a great way to lead not only other kids but adults, too.”

In Carmel, it is common for students in 4-H to discover the organization through family members who were previously associated with the organization. For instance, the Sims siblings also got into 4-H due to their mother’s previous involvement.

“My mom was involved in 4-H when she was younger; she lived on a farm and her whole family grew up raising cattle and swine,” Avery said. “She kind of pushed me into doing it. I was a little nervous at first, but after my first year I decided this is what I wanted to do. I loved working with the animals, doing vet care and doing competitions.”

The 4-H season starts in February and ultimately culminates in a presentation at the county fair in July. The organization offers a variety of activities. For instance, the Sims siblings participate in llama showing, in which participants compete in obstacle courses, showmanship and youth judging, while Natalie participates mostly in sewing competitions.

U.S. History teacher Allison Hargrove was also involved in 4-H as a child. She said she grew up in Tipton County, a place where everyone was involved in 4-H.

“Growing up in Tipton County, which is very different from Hamilton County, almost everybody is in 4-H. It’s something that’s bigger within the farming and smaller communities,” Hargrove said.

For all of these students and staff alike, 4-H plays a critical role in developing stronger relationships and identities as well as shaping their character. Furthermore, 4-H brings families closer together with its projects and competitions, which parents often mentor and guide their children through.

Hargrove said her entire family was involved in 4-H and it plays a crucial role in her family’s history. She said her mother helped her with her oil paintings for competition, and her father taught her how to raise the pigs she showed.

Hargrove said, “I think 4-H is part of developing a legacy, but it’s (specifically) part of my family’s heritage; it’s tradition, and 4-H really offers that. It’s about having tradition; it’s about having something to sit down with my kids about and working on projects.”

Both Natalie and her mother said 4-H has provided them with numerous opportunities to bond over sewing projects, as Mrs. Crispin had previously competed in sewing and Natalie currently does so.

Natalie said she spends most of her summers working on her sewing project, putting in more than five hours a day of work.

“I usually work on it during the weekends, but once summer hits, it’s all-out for 4-H,” she said.

He said, “I think (4-H) gives me the education others don’t have—to learn about agriculture and livestock—that others in Carmel might not be educated about since we live in a suburban area.”

Avery said she will carry the myriad of personal lessons she’s learned from 4-H for a lifetime.

Avery said, “I’ve learned responsibility. You’re given your own animal and it’s your job to train it and do well for the competition and groom it and give it the right health care needs. I’ve also (gained) a lot of friendships (through 4-H)—I’ve always been really shy and scared to talk to people—but I’ve made a lot of friendships that way and communication skills on a team.”

Avery mentors younger children in her same event and she said teaching new members skills and showing them how to work with animals has given her confidence.

Additionally, they said being part of the 4-H organization has created some of their best memories.

Mrs. Crispin said, “My favorite thing was if you won grand champion in your division, you got to go downtown with all the other girls in the state who also won grand champion and we spent the night at the deaf school. We had a huge sleepover and we had pizza and a workshop on how to model your outfit, and you got to know all these different girls. Those were always so much fun for us to do, to meet other kids from around the state and spend the night somewhere different.” 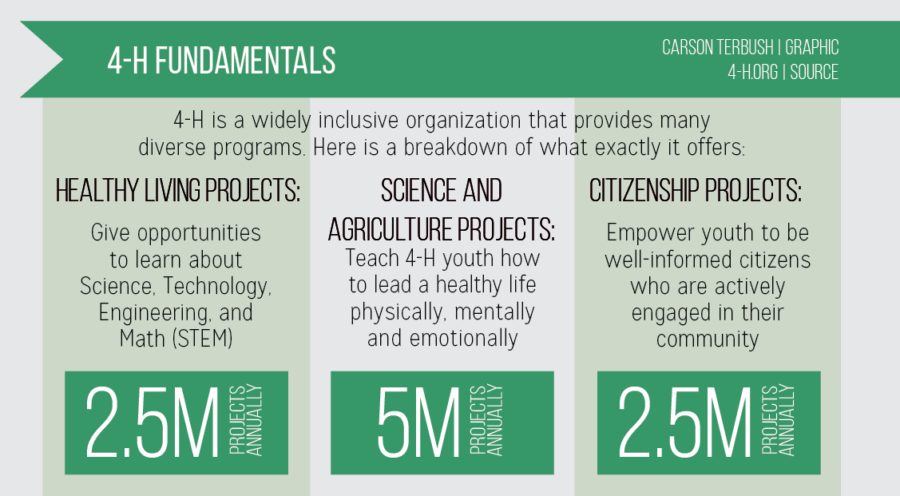 Cooper said his favorite experience so far has been receiving and training his llama, Volario. He visits Volario a few times a week, and although it takes a few hours at a time in order to prepare for competitions, he said he enjoys training him.

“I’m trying to help (Volario) because he is really timid and anxious and scared of everything. I think that I’ve helped him overcome a lot of fears of people and obstacles on the course,” Cooper said.

Although Hargrove said she did not form quite as personal relationships with the animals she showed, she did become closer with other members of 4-H, and she said these relationships were often started during the 4-H fair.

According to Hargrove, the 4-H fair is a week in the summer where members congregate and display their animals as well as the progress they made throughout the year. Since the fair is an all-day activity for the entire week, she said people are able to form close connections with others around them, especially because the same families participate each year.

She said her favorite memory from her time participating in 4-H was meeting her husband at the fair, as they were both involved.

“I met my husband at the 4-H fair, we were 13; we went to different schools, but he had lost a baseball game and ended up coming to the fair to hang out with his cousin, who was my best friend, so we met there,” she said. “4-H is always a part of our story.”

Although not many people in Carmel are aware of the 4-H programs and benefits, for those who are involved, it is an extremely important part of their lives and of the lives of their families.

“I’m a hard worker, and I do believe intrinsically in the value of hard work. I believe in that, I push that with my kids,” Hargrove said. “That’s part of the 4-H mentality—that you can set goals, that you can achieve those goals if you set your mind to it and work hard. I think that mindset is not only a 4-H mindset but just (taught) growing up on a farm. 4-H embodies it, but (this mindset) also part of my family’s motto.”

To see a Q&A and photos of Abel Kiser, 4-H member and senior, click here 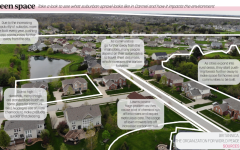 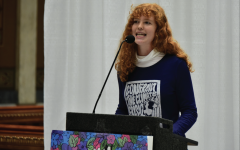 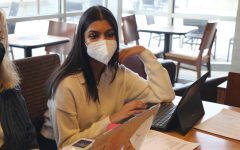 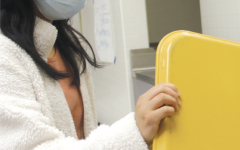 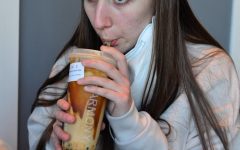