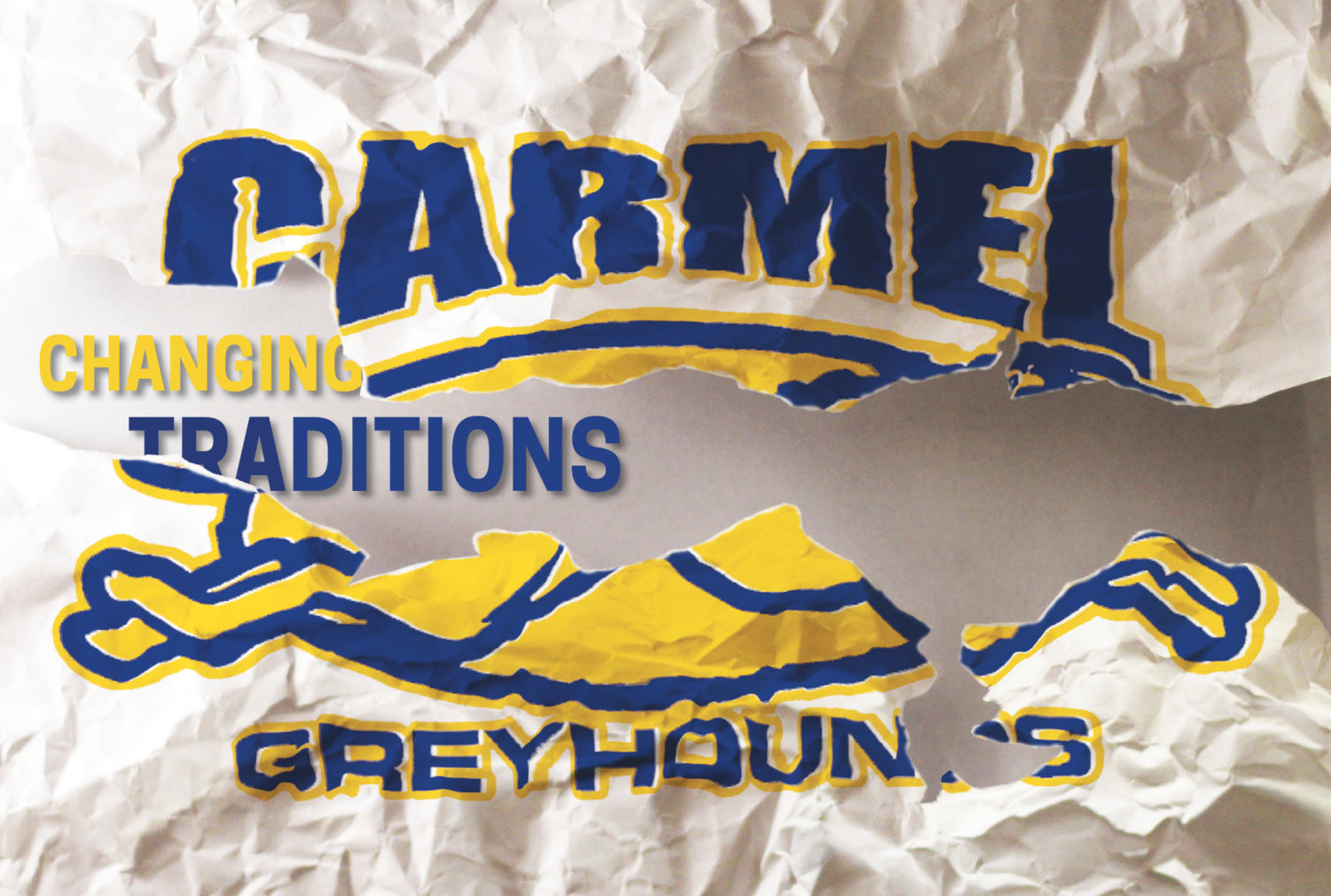 Though much as stayed the same over its 131 years of existence, this year, CHS is making big changes (Emily Dexter, Heidi Peng, Carson TerBush)

Though much as stayed the same over its 131 years of existence, this year, CHS is making big changes

Last year, at around the same time, Staton could be found in a similar position, but she was at a school-wide convocation in the gymnasium instead about to be recognized for her team’s previous State Championship. As her team was called up, each member received a single clap when her name was called out.

Staton said she enjoyed the Walk of Champions more as she felt there was more involvement from her fellow students. She said, “(The convocation) was more formal actually; the walk is more informal where everyone could give high fives and cheer.”

This switch from honoring athletes at convocations to honoring them through the Walk of Champions is just one of many changes that will be incorporated this school year. Through collective work by the administration and students, CHS is integrating several modifications to long-standing traditions regarding student recognition and the upcoming Homecoming festivities due to the school’s ever-changing student body and student needs.

According to Athletics Director Jim Inskeep, last spring, administrators made the decision to switch from recognizing students at all-school convocations to recognizing them through the Walk of Champions due to concerns on the effectiveness of such convocations.

“Our primary thing is when you’re down on the floor, you kind of hear this murmur of people talking. It’s not necessarily this disrespectful thing from our students; it’s just the reality of when you put, you know, 4,500 to 5,000 kids together in the gymnasium. It’s very hard to have it very quiet. It’s give and take; you want it to be exciting and have a lot of energy, but you want it to be quiet so you can hear the names read. So that’s quite a balancing act that we perform,” Inskeep said. “When you spend more time bringing everybody down than you do actually recognizing, that’s when you have to take a step back and say, ‘Are we getting the intended effect? Or is there a better way to recognize the students?’”

According to Michelle Foutz, Senate sponsor and economics teacher, Homecoming day will look different this year as well. Previously, members of the Homecoming court rode in convertibles during the Homecoming parade, but this year, due to liability issues, the members will have to walk.

Foutz said, “What we’re trying to do is improve what we had before. It was fun to have the cars, but this is an improvement if we reduce our liability.”

Similarly, student body president Tim Metken said even the tricycle races, an essential part of the traditional Homecoming festivities, will change. Instead of having each member of the four-member teams complete their respective 100-meter stretch using school-provided tricycles, only two members will use the tricycles, while the other two will compete on scooters.

According to Metken, a general deterioration in the quality of the tricycles prompted this change and replacement tricycles are proving difficult to find.

“Getting trikes is actually really difficult,” Metken said. “These trikes were custom-built in 1985—older than 30 years old. They were $1,000 each and that was in 1985, too. We found some decent trikes that are kind of cool but not ones that will last for 30 years. And no one makes adult trikes either. That’s the hard part.”

Metken said this situation forced Senate to find other ways to run the trike race. Based on a survey Senate conducted over the summer on what students would like the format of the race to be, scooters were the top choice, getting more votes than even the classic tricycles.

The teams will have to provide the scooters themselves, but Metken said he anticipates this will add to the excitement of the races as now the teams can decorate the scooters as they please.

Metken said, “I don’t think (these changes) will disrupt the feel at all. It’ll be a little different but, hey, change happens. I think it will just kind of phase in to Homecoming pretty easily.”

Along with modifying the trike race, Metken said Senate has also been working on a plan to let all students see the Homecoming parade. 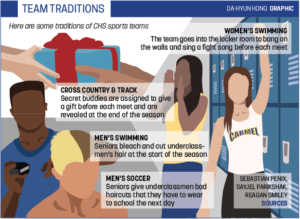 “We have this big parade, but no one gets to see it. (Being able to see the parade) just kind of adds to the fun of Homecoming, too. It’s a fun day, and I’d stand by that. But (with this plan) you get to see the parade and see your friends in it, and it’ll just be a cooler and more fun experience,” Metken said.

Metken said the utilization of this plan means that students would be released to the Homecoming pep rally 15 minutes earlier than in past years, so they can see the parade which normally features members of the Homecoming court, members of some sports teams as well as some students involved in performing arts. In past years, only members of the Carmel community, and not the students, could see the parade as it went down Main Street.

Foutz said these are the most changes that she has seen to the Homecoming festivities in the last decade. The only time Homecoming day has seen more change, she said, was when the students used to spend the majority of the day outdoors, but the state mandated that this had to change if the day were to still count as a school day. From that year onwards, students have only spent the last hour or so outdoors.

In addition to the times of change, the school also has ideas in place to help more students feel involved and honored here. Inskeep said the school plans to recognize the work of students beyond just athletes. He anticipates this new tradition, the Walk of Champions, will also be utilized to recognize accomplishments of the school’s performing arts department.

Inskeep said the Walk of Champions has a much more flexible format than convocations, which allows the school to incorporate this new tradition into the school day more readily for unanticipated accomplishments.

“We can do these (in a) more timely (manner), too,” Inskeep said. “I’m not saying once a month, but we can do these Walks of Champions more immediately, like the Friday after winning something the weekend before. We have a fall recognition convocation which has always been around Thanksgiving. Well, some of those teams or some of those student athletes have competed two months before that, so you have this huge time period in between. When you take up an entire SRT, or most of one, you really have to look at how you’re using that time.”

Principal Tom Harmas has also developed an idea for honoring students now that the classic convocations will no longer be used. He said he plans to host ceremonies in the Dale E. Graham Auditorium to honor what students achieve through various clubs.

“These are going to be shown over (CHTV during) SRT. The plan is for the kids to have some tickets and invite some of their friends to it, so they can be in the audience and see and be a part of it,” Harmas said. “So I think it’s more intimate, to be honest with you, and more personal. But, it’s so important to still to have that culture of celebration for the great things our kids do.”

Ultimately, Harmas said when a school has as many students as CHS, it is hard to predict how it will embrace change, especially ones to time-honored traditions.

“Carmel High School is an ever-evolving place, an ever-growing place. Change sometimes is really easy and sometimes is difficult. But we’re always changing and always growing and always trying to find ways to get better. And, I think that’s the key. ‘Can we do something in a more positive and better way than we’ve done it in the past?’ And if we can, that’s when we make those changes,” Harmas said.

Even in the midst of so much change, Inskeep said change is not only necessary at times, but also a natural part of how a high school functions.

“Traditions are a great thing; it’s a really big part of our culture at the school. Sometimes, you have to just weigh those, though, against the intended effects—do we need to change those traditions up? And I’ve always been a firm believer that, in a high school, a tradition is only really one or two years away from becoming a new and different tradition because your seniors graduate, your freshmen come in. So 50 percent of your students in any given year don’t know that that tradition has changed,” Inskeep said. “It doesn’t take very long to start new traditions within a high school.” 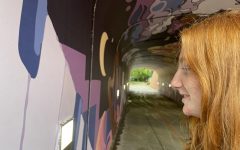 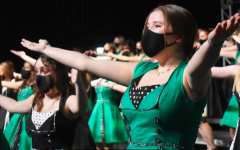 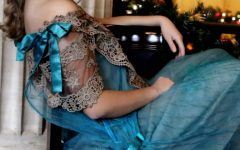 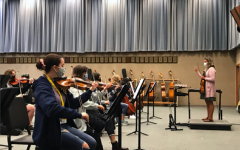 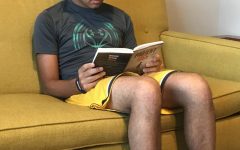