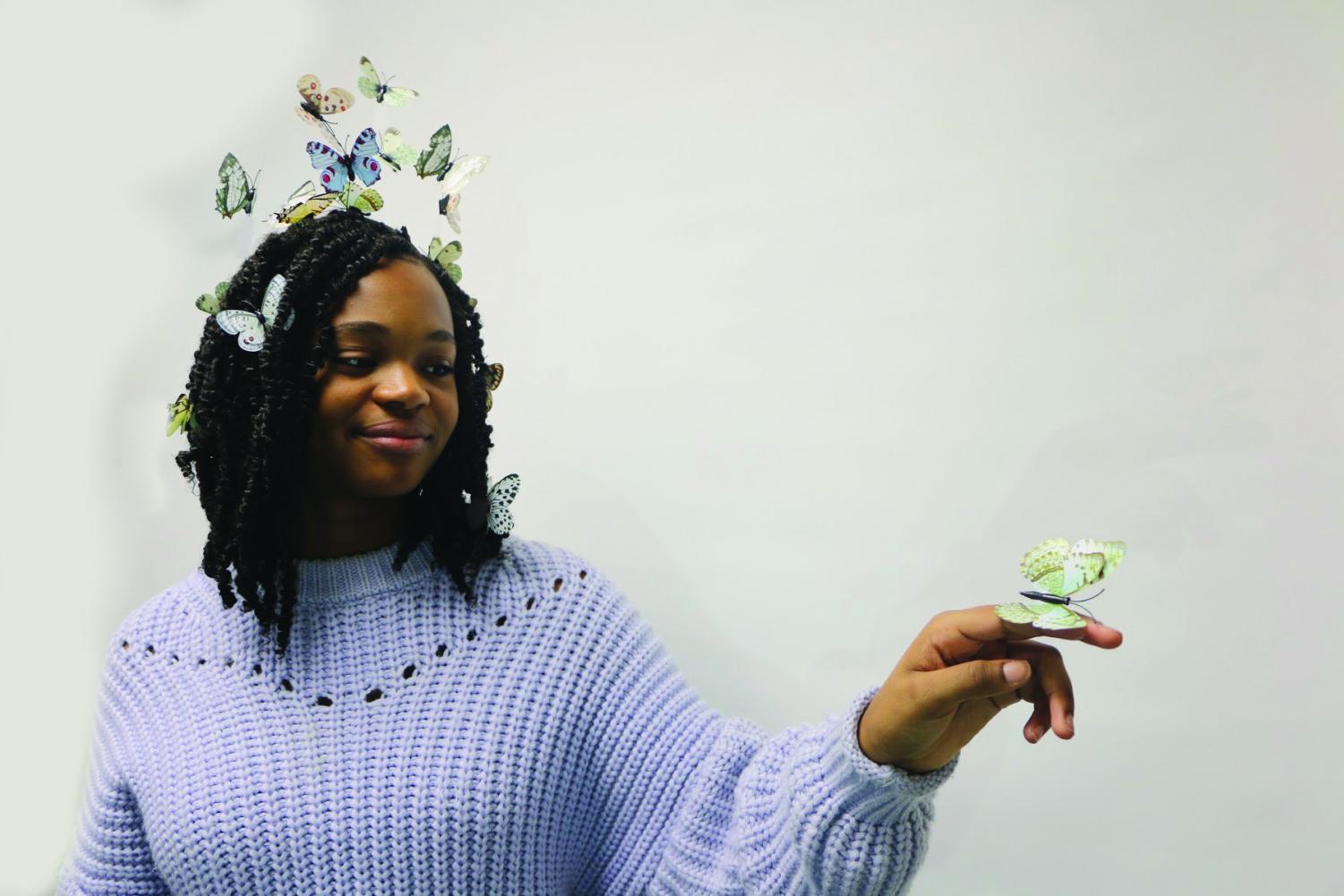 When people ask senior Kiara Garcia if they can touch her hair, she’s never offended. Instead, she said she uses these situations as an opportunity to educate others about her natural hair texture. As a Trinidadian-American, Garcia’s hair differs from the straighter or smoother texture of the majority of CHS students. Instead, her natural hair is kinky, similar to the texture of many African-American women’s hair.

“A lot of people will ask (me) if they can touch (my) hair. I totally understand where they’re coming from, because a lot of people who are not African-American have straighter hair textures, so my hair texture is an anomaly and they are interested in it,” Garcia said. “I personally feel like if I shut them down, that’s just going to add to the ignorance because if they don’t get to learn about my hair, how can I expect them to know about my hair and approach the topic in a more educated manner?”

Garcia’s acceptance of her natural hair reflects a greater national trend of African-American men and women who have stopped using hair relaxers or other products to alter the appearance of their natural hair; this phenomenon is more commonly known as the Natural Hair Movement. Candis Smith, lecturer in the Department of African American and African Diaspora Studies at Indiana University Bloomington, said the Natural Hair Movement’s origins arose with the Black Power Movement of the 1960s. Smith said the movement came back in the early 2000s, and now, for a combination of reasons, it is stronger and more impactful than ever. 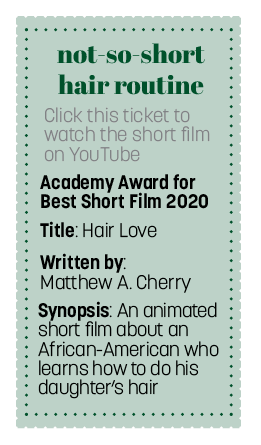 According to the most recent American Community Survey, about 2.68% of Carmel residents are African-American. Thus, many here may be unaware of the importance of hairstyles in African-American culture and history. Smith said hairstyles were the source of pride for many Africans: hairstyles represented class, marital status and the type of work one was engaged in. When Africans were enslaved and forced to come to the New World, the lack of time, unsanitary conditions and belief that hairstyles would “beautify” a slave (which was unacceptable in society, at the time) meant slaves were not able to continue maintaining their hair. This suppressed the individuality and pride associated with African hair in the United States.

(The Natural Hair Movement) is such a beautiful thing to see. I’m so proud that people are willing to embrace that part of themselves. I’ve experienced it myself for a long time, having hair like this is considered chaotic or messy or not the norm, so it’s really nice for people to finally just have their hair in its natural state. Everyone should have the right to feel comfortable sporting what they were born with because that’s all they have”

Not only did America suppress this expression of African culture, but it also created a general sentiment that African hair was not beautiful or normal.

Senior Babacar Diatta, who moved to the United States from Senegal when he was six months old said he’s even seen this attitude within Carmel. Like Garcia, he has also had multiple experiences where people ask to touch his hair or even touch his hair without asking.

He said, “I’ll get a haircut and just go really short because that’s a really common hairstyle where I’m from, and a lot of people will be like, ‘Oh, dude, you just went bald. What happened?’ So I think, personally, there’s definitely still a lot of ignorance with African-American natural hairstyles. But it definitely is getting better year by year.”

Diatta also added he feels African-American men have an easier time gaining acceptance for their hairstyles than women.

“What’s happening on the male side is that the natural hairstyles that African-Americans are having are being seen as super, super cool and actually being adopted by Caucasians,” Diatta said. “At the same time, everyone needs to make sure that they’re just being completely conscious, that they’re not being offensive and they’re not just taking the culture just because they like it—they have a true appreciation for the culture.”

While Smith said she agreed this trend may be true for younger people, it isn’t necessarily true for working professionals. 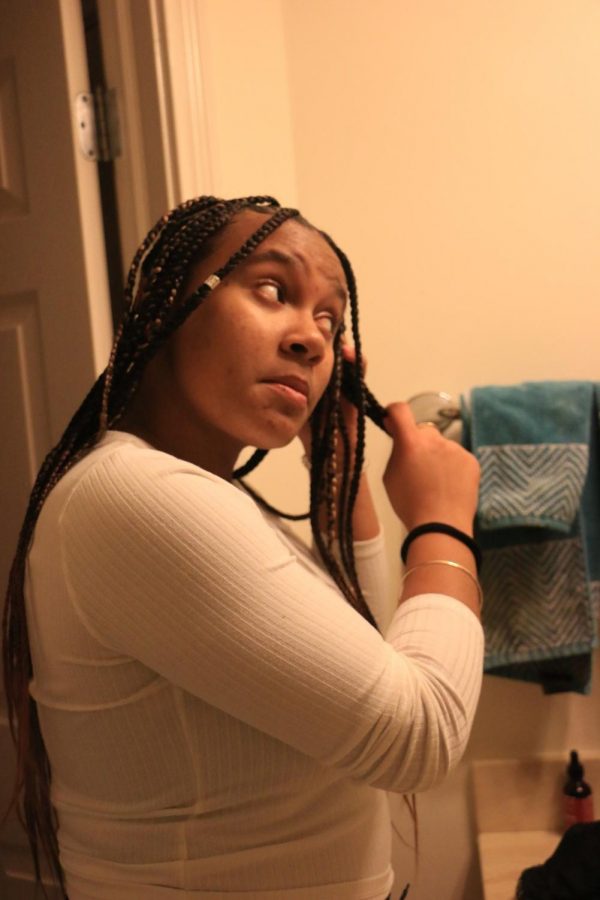 “If you’re in corporate America and you’re an African-American male and you are going to be sporting (dreadlocks), I think (acceptance) depends on the company,” she said. “If you’re younger and in school, (people may) readily accept it. But once you get out and you are working professional, there are only certain sectors of the workforce that are going to accept that.”

Still, both Diatta and Smith said they agreed the movement has had a greater impact on African-American women than men.

Smith said, “(The movement has) had more impact on females because female appearance is much more scrutinized than male appearance. However, I will say that I think the Natural Hair Movement has led many men to be more accepting of black women and their natural hair and it has also inspired some black men to experiment with different hairstyles.”

As president of the Carmel African Culture and History Club, Garcia said the Natural Hair Movement not only encourages African-Americans to love themselves for who they are, but also demonstrates how something as simple as a hairstyle can be integral to an African-American’s individuality.

She said, “(The Natural Hair Movement) is such a beautiful thing to see. I’m so proud that people are willing to embrace that part of themselves. I’ve experienced it myself for a long time, having hair like this is considered chaotic or messy or not the norm, so it’s really nice for people to finally just have their hair in its natural state. Everyone should have the right to feel comfortable sporting what they were born with because that’s all they have.”

Freshman Kiah Jackson said she agreed with Garcia that the Natural Hair Movement has been beneficial for the African-American community.

“People were judged before about wearing their natural hair out, even though people of other races could do it without anyone saying anything,” Jackson said. “So it’s like, ‘Why should I have to add something to my hair to make it acceptable to the community?’”

Additionally, Smith said the movement’s impact is not only seen in America, but also in Africa.

“This Natural Hair Movement in the United States has, oddly enough, influenced continental African women (to) be proud of their natural hair. You might assume they would automatically be proud, but unfortunately, many have not been. In fact, that is what is going on now in Botswana and other African countries that were formerly colonized by Europeans.  The Natural Hair Movement has inspired many parts of the Motherland,” she said. “It is inspiring for women in Africa to re-embrace and love their natural locks.”

Though the Natural Hair Movement has allowed for greater acceptance of African-American hairstyles, Diatta said he still feels there is a long way to go before his traditional hairstyle is as appreciated and recognized as traditionally Caucasian hairstyles.

Smith echoed this idea, and said, “If you’ve got hair on your head, then good—there’s no such thing as good hair… I think that people need to realize that (the idea that) European standards of beauty—straight, long hair that is usually of a lighter shade or blonde—(are beautiful) and (hair) that is wavy or coarse or kinky is bad or unkempt; that’s just an incorrect assumption. People outside the black community and even inside the black community, need to have a broader idea of what is (considered) beautiful.”

Jackson said she agreed that even within the African-American community, there is a lot of diversity in hair textures and that the movement can continue to expand to be more representative of all hair types.

She said, “I personally have a kinkier hair texture, and right now the movement, it’s not that it’s all based on looser hair, but it’s harder to find things with kinkier hair, so that would be great.”

For Garcia, who said she used to wear her hair in braids or straightened, her own journey with accepting her natural hair has been challenging, but she said she’s come to love her current hair.

Though Garcia received several negative comments from others who called her hair “chaotic” or “messy,” she said she knows this criticism is due to ignorance because the comments came from people who compared Garcia’s hair to straighter hair.

Regardless of this judgement, Garcia said she chose to continue sporting her natural hair.

“I had that moment (earlier) in life when I didn’t want to try and be anything that I’m not, and I knew that my hair naturally wasn’t straight,” she said. “You should wear your hair how you want to wear it. I personally wear my hair natural because that’s who I am and I want to work on embracing myself, but more power to you if you want your hair straightened or relaxed; there’s nothing wrong with that. But make sure that you’re (choosing a hairstyle) for you and only you.”