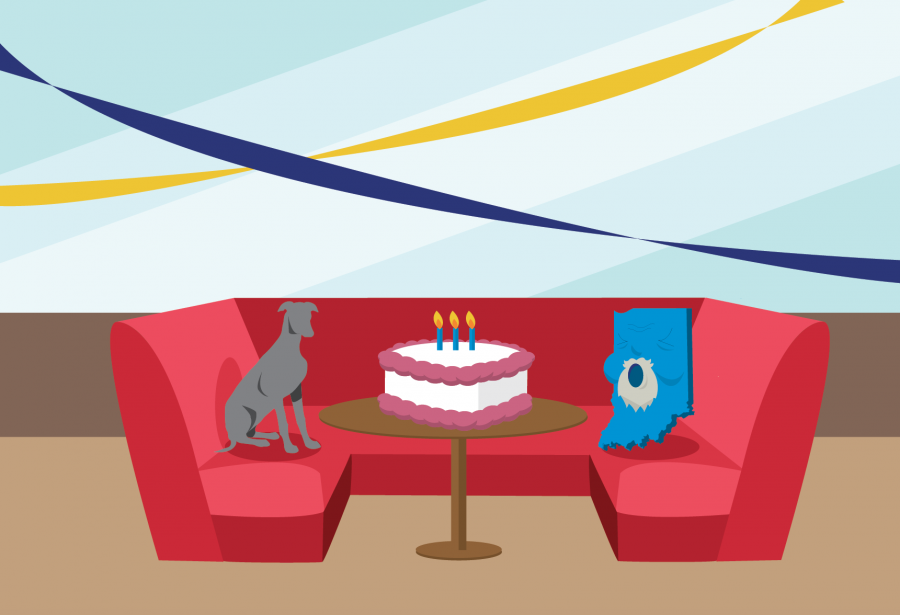 As Indiana celebrates its bicentennial, CHS students, staff of varying backgrounds express the level of pride Hoosiers have for their state

What draws people to Indiana? What makes them stay or want to come back? Is it the sugar cream pie? Is it the vast number of hiking trails in wooded wonderlands? Or the Monon, a retreat from busy suburbia? Is it the hip culture of Broad Ripple and Mass Avenue or the fairy-tale feel of the Indiana Museum of Art grounds? Or is it that it just feels like home, where the people are friendly and welcoming and families can grow and thrive? All Hoosiers have their own unique backgrounds and reasons why they came to live here, similar to other Hoosiers who came before them in the 200 years Indiana has been a state. Just as diverse as their reasons for living here, Hoosiers all have their o 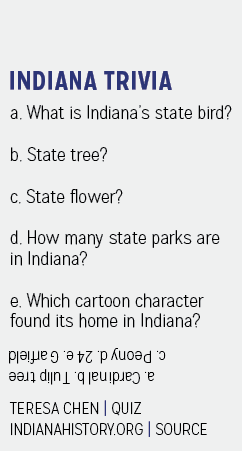 wn levels of appreciation of the place they call home.

Take senior Andie Rossiter, for example. Rossiter moved to Indiana in the middle of her sophomore year. She said she has not seen a lot of state pride among her new friends, but she said she thinks that’s typical for high schoolers anywhere, not just in Indiana. Her perspective as an Indiana transplant, however, helps her to see things differently.

“I feel like people definitely take where we live for granted because it really is a nice spot to be,” Rossiter said.

While many here don’t necessarily wear their allegiances on their sleeves, it calls attention to the varying attitudes about living in Indiana. For many, however, the feeling of home remains the core of state pride for numerous CHS Hoosiers.

DOWN ON THE FARM

For U.S. History teacher Allison Hargrove, state pride has always been a part of her life. Growing up in rural Tipton County, her experience was very different than growing up in suburban Carmel.

“I grew up on a farm, and I think that that’s really classic, a good example of Indiana, and you know, I just
had a really nice childhood. I enjoyed growing up in a rural community,” Hargrove said.

Her family was one of the original farming families of Indiana, moving to the area in the 1790s when Indiana had yet to become a state and was still part of the Northwest Territory. At one point in history, her family owned almost the entire Tipton County, losing most of it in the mid-1800s and during the Great Depression.

Dale Ogden, Chief Curator of History and Culture at the Indiana State Museum said there were many factors that made Indiana an inviting place for early settlers.

“One of the early attractions of the state was the ease in which people could purchase and own their own land,” Ogden said. Indiana also was a center for the automobile industry as well as the steel industry up in the northwest part of the state. Both of these generated a flood of job opportunities.

“If you were a farmer, there was good land for raising crops and if you weren’t a farmer there (were) good jobs,” Ogden said. “You could raise a family in Indiana (more) easily compared to the big cities in the East or the poor, sharecropping farms in the South.”

Coming from a farming family, Hargrove said the culture of Indiana she experienced was different than suburban culture and so was the level of state pride.

“There was a tremendous amount of pride for Indiana. Small communities and small towns, they tend to be the farm base. And the farm base for Indiana is amazing because we have awesome soil,” Hargrove said. “So there is this tremendous amount of pride in being an Indiana farmer. Like when you say that your stuff is from Indiana, around the world even and in our country, that is viewed with respect.” 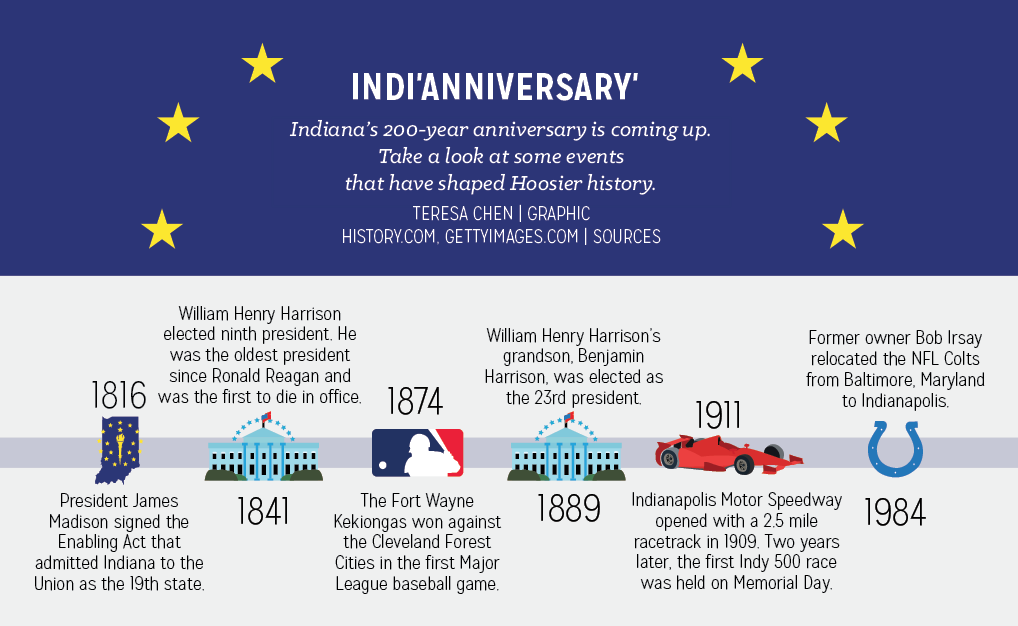 Hargrove said growing up, her family had to drive 20 minutes just to get to Kokomo to get groceries or go to a restaurant. This lifestyle is something she said she thinks is unique to Indiana still today, despite the growing urban population.

“I think Indiana is getting less small-community oriented and more large-city or suburban focused. Like Hamilton County is an awesome example because it’s growing so rapidly. But Indiana is unique in the fact that it still has a ton of small communities especially compared to bigger states or other more urban focused (states),” Hargrove said.

She said she misses the feeling of family when working at or attending a small school. As a mother of two young children, however, she said she knows the schools in Carmel will offer them many more opportunities than a rural school can. She also appreciates the family-oriented culture of Indiana as a whole and the sense of community it brings.

Rossiter said she agreed that Indiana feels very family-oriented. She said Carmel seems like a really great place to be in a family or raise a family.

“After I’m done with high school, this isn’t where I want to live out late-teens (and) early 20s, it’s just not where I see myself, not the kind of environment I see myself (in),” Rossiter said. “But when you start going into family stuff, I could see myself coming back here or living in a place like (Carmel).”

Rossiter said what she enjoys most about living in Carmel is the accessibility. She said it is much easier to get around without a car here compared to her previous home in Lake Zurich, Ill. Rossiter also said that the community here seems closer and more put together.

A HOOSIER FROM EUROPE

Senior Ella Gottschild, originally from Germany, has lived in Indiana since she was 2 years old. She said her view about the accessibility of Carmel and Indiana as a whole was different and more influenced by her European roots.

“I love suburbia and everything; it’s great, it’s calm. But at the same time, I wish everything was a little closer because, then, it’s easier to get (to) places. Public transportation would be nice, and you have more freedom; your parents wouldn’t have to worry about you so much if you go somewhere,” Gottschild said. “It would make life a lot easier and probably more fun, I’d probably actually go do things because not everyone can have a car.”

As a person with two extremely different backgrounds, Gottschild said she has many places she calls home. One of them is where she works: Conner Prairie, the interactive history park located in Fishers.

Gottschild said, in her experience of living in Carmel, there has been a lack of enthusiasm for living in Indiana, but she said she has noticed a state-pride movement that is starting to become more prominent in the Indy area. The store she said she associates this most with is Silver in the City, a boutique stocked with Indiana-made gifts, unique housewares and a quirky variety of odds and ends. The store has t 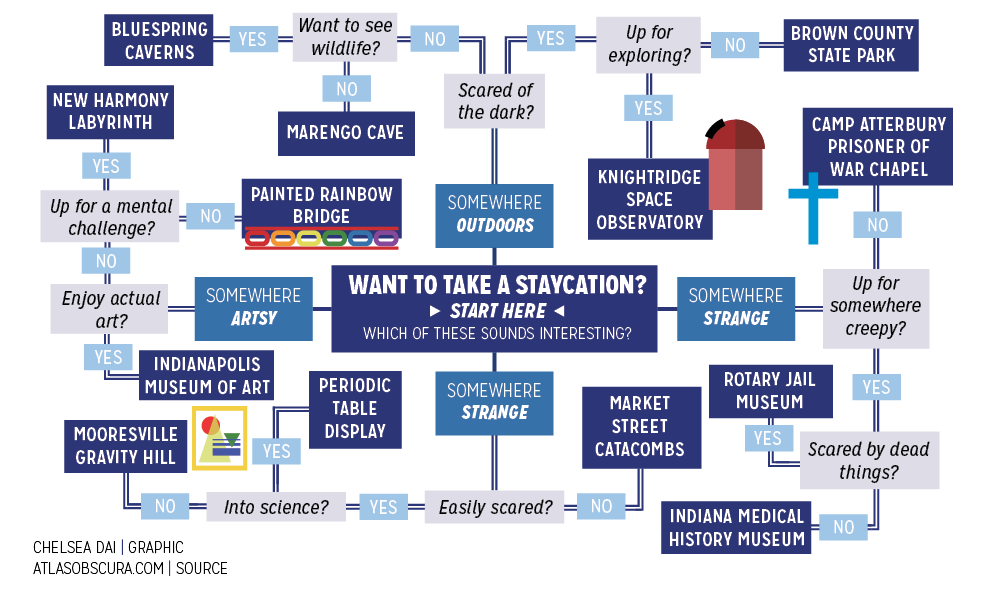 wo locations: Main Street in Carmel and Massachusetts “Mass” Avenue in Indianapolis.

A PLACE TO SET UP SHOP

“I started Silver in the City in 2000 on (Massachusetts) Avenue in downtown Indy,” Kristin Kohn, self-proclaimed “head honcho,” or owner of Silver in the City, said via email. “I had moved to Indy from Chicago and felt that the downtown Indy area was lacking in fun, unique boutiques for people to visit and shop at, a destination to browse through and share (proudly) with visitors from out of town, something that would add a bit of local personality to downtown Indy (and Main Street in Carmel as of May 2015).”

Ogden said he agreed that Indianapolis, for a long time, lacked the theaters, music, shops and restaurants that make it what it is today.

“Indianapolis didn’t really facilitate creativity. Even though there were people in Indiana, going back to the turn of the 20th century…that were writers and actors and artists and such… you just didn’t really have the kind outlets you do today. I think that makes a big difference,” Ogden said.

Kohn said the level of state pride in Indiana has definitely gone up in the past several years she has lived here. She said this has caused an extremely beneficial domino effect.

“The trend of showcasing state pride on T-shirts, jewelry, stickers etc. is a movement felt all over the country, (and) in Indiana it has helped to launch a new wave of local creatives. The increase in local love has made it more feasible for local designers, chefs, makers to launch their idea successfully and find immediate support,” Kohn said.

As a state that has always been dominated by its surrounding cities from neighboring states, Ogden said Indiana has grown significantly in the past generation because of Indianapolis’s growth specifically.

“You don’t have to go Chicago to see a football game anymore or you don’t have to go to Cincinnati to go to an art museum or St. Louis to go to a children’s museum. A lot of the attractions that people used to go to on a regular basis outside of the state in places like Chicago and some of those other cities, can now be found within the state,” Ogden said. “I think that has a big impact on how people view themselves. If you don’t feel like you have to leave the state to do something interesting, that has an impact on how you feel about where you live.”

Hargrove mentioned the “brain drain” going on currently in Indiana caused by many highly-educated people leaving Indiana to get jobs in cities in other states. Ogden added that many highly creative people tend to leave as well to seek more opportunities elsewhere. Yet Kohn said one of the neatest things about Indiana is that if someone has an idea, they can make it happen. Kohn, originally from the East, came to the Midwest first to attend Purdue University and decided to stay because of the warm, welcoming people she met here. After living in Chicago for a couple of years, she came back to Indiana because of the lower cost of living and better job market.

In both the past and present, Ogden said “(Indiana has been) a stable place to earn a living, to farm, to have a job, to raise a family, to send your kids to school.”

While many CHS students, according to both Rossiter and Gottschild, do not think Indiana is a very exciting place to live, Hargrove said that someday, they might just be back to raise their own families.

“I would not choose Indiana’s climate, but I choose to be here because it feels like home,” Hargrove said. “So there’s this idea that when people grow up, they want to get away but most people go back to where they’re from because it feels like home. So Indiana, while people say they hate it, usually people come back to it. There’s just something about it that draws people back.” 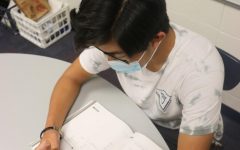 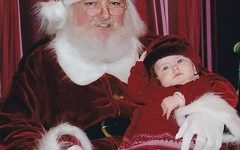 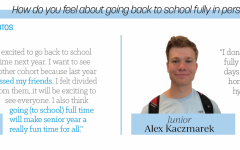 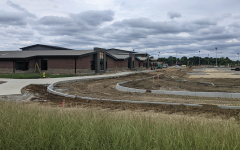 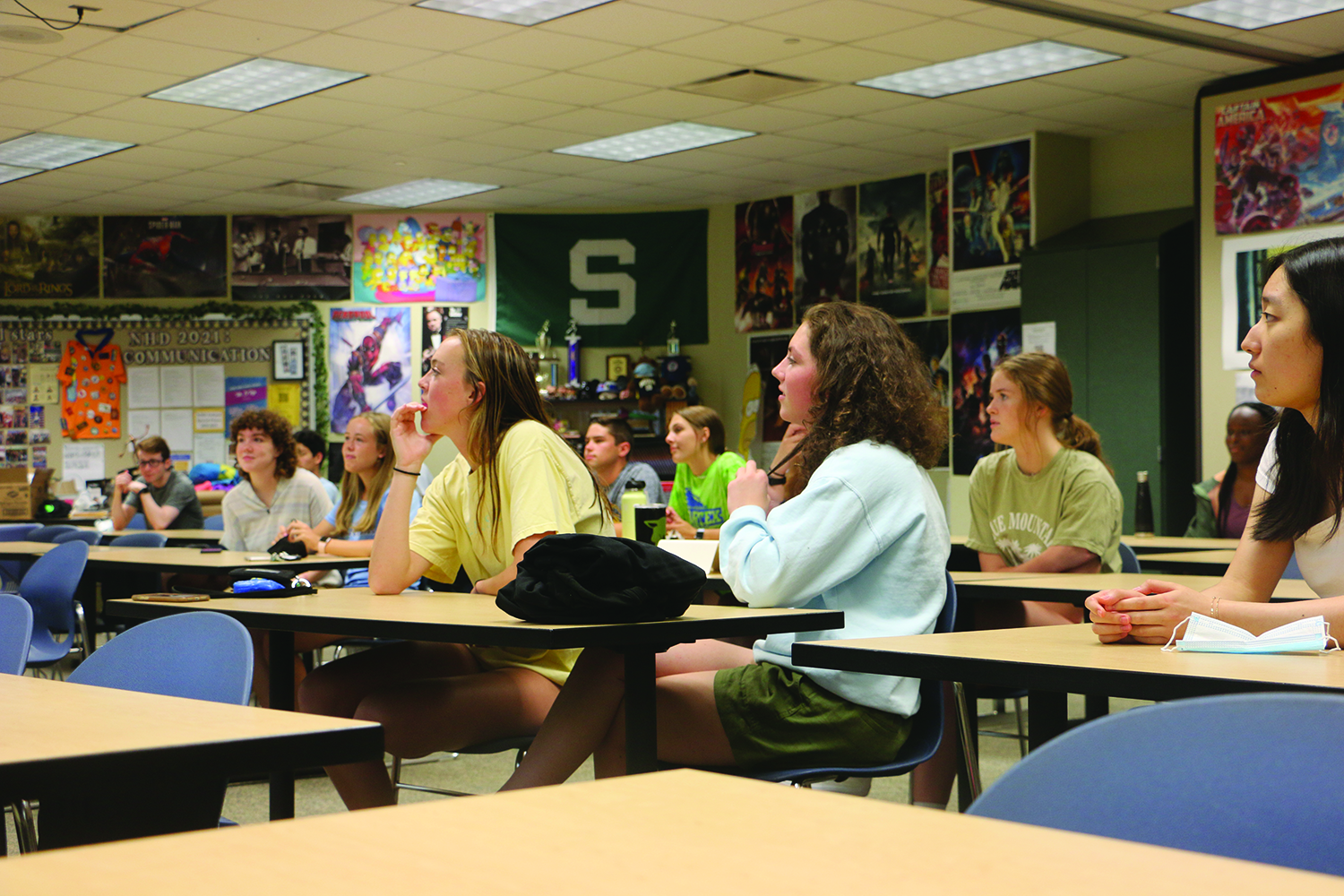