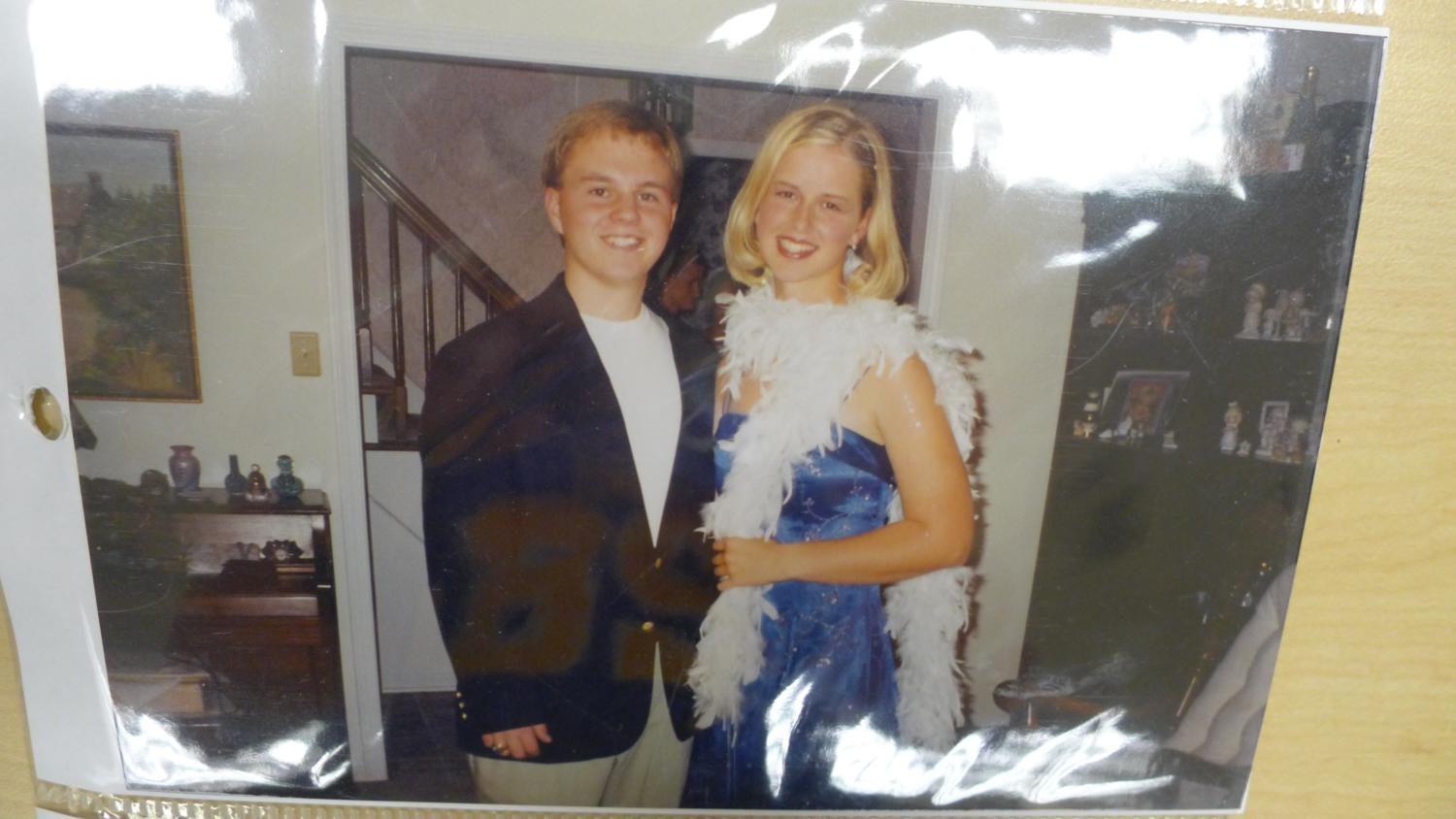 Kelly shares photos of her homecoming experience. Now a social studies teacher, Kelly is also a CHS grad from the class of 2001.

On the day of Homecoming, students are now used to following a green schedule where they will visit all of their classes for 25 minutes and then go down to the stadium, towards the end of the day, for the Trike Race and other festivities. When Kelly was a student she would go to her classes for around 5-10 minutes and have lunch early in the morning. Kelly would then head down to the stadium with the rest of the students at 10:30 and spend the rest of the school day there, leaving at 3:05.

During Kelly’s time, bands played music for students and staff to enjoy at the stadium. Students spent time going to booths and hanging out for the long period of time they had at the stadium. Besides the bands, booths and the Trike Race, the class officers participated in a Dilly Bar Relay. “The class officers would have a relay race and the winning team would earn their whole class Dilly Bars,” Kelly said.

Some CHS graduates feel that the way Homecoming used to be was a better experience than students have now. “I don’t think (today’s Homecoming is) as fun,” Kelly said. “You lose some of the fun making it too academic.” When Kelly was a student, CHS was not under the same constraints by the state as they are now. Administrators could plan a Homecoming day that was much less academic and focused on having fun. Today, adm

inistrators have to plan a day that is more like a school day because of the constraints. “I would rather be a student then because it was a very fun day with the bands at the stadium and having more time for visiting student booths,” Kelly said.

Gallery|3 Photos
Kelly shares photos of her homecoming experience. Now a social studies teacher, Kelly is also a CHS grad from the class of 2001.
0