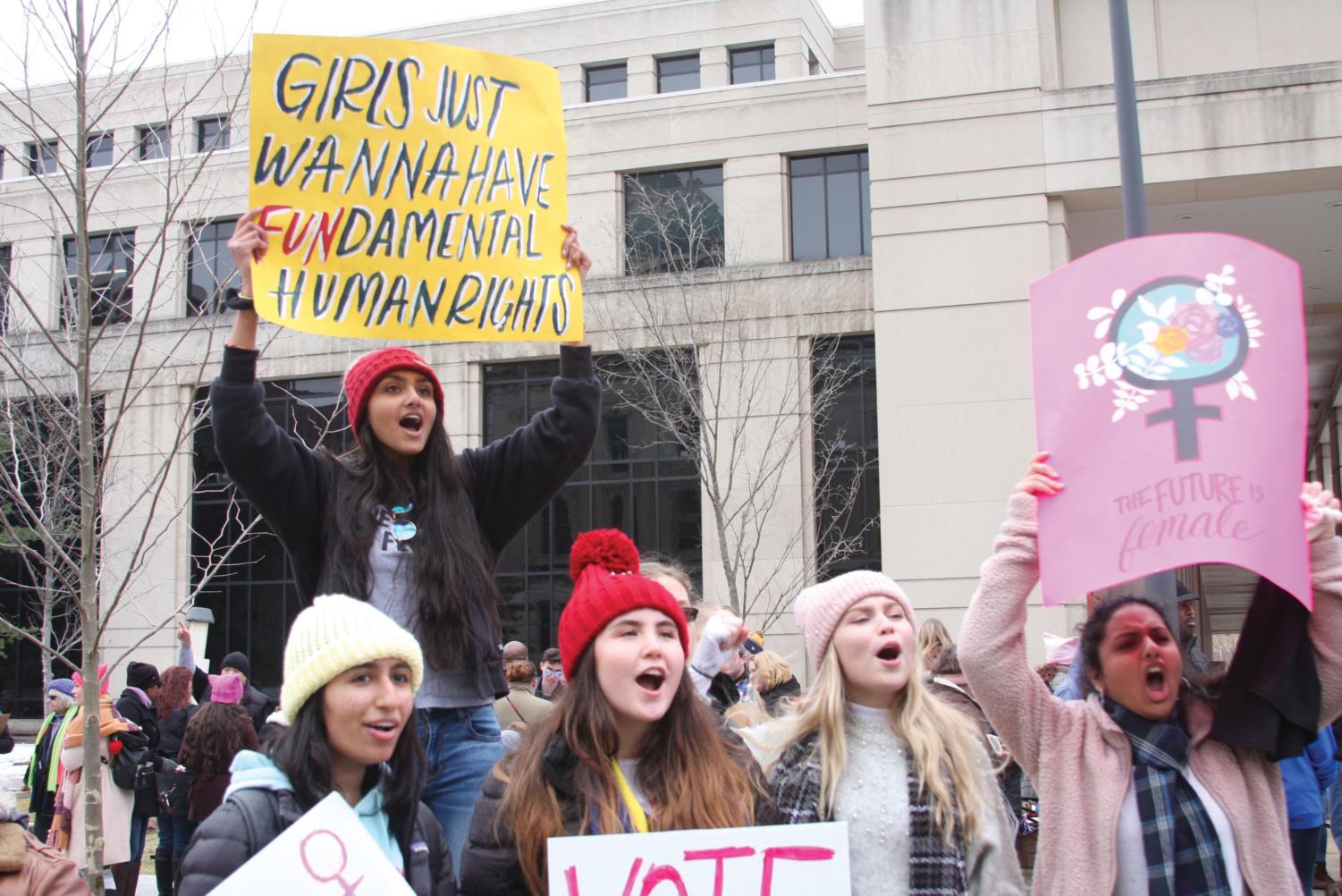 The Future Is Female

With International Women’s Day on March 8, CHS feminists reflect on a turbulent year for women’s rights, discuss how to improve gender equality

Bryn Walker, vice president of CHS Democrats Club and senior, said she strongly believes in equality for all; however, although she said she thinks society has made progress in addressing discrimination, she said there is still a lot more to be resolved in terms of tangible results.

“I think (recent events) have been really efficient catalysts to energy that’s been brewing for a while. These aren’t new problems, obviously; I just think we have a generation of women who are done with the inequality and oppression that they face,” she said.

Koniaris said, “While I like that it’s been taken up on a large scale and people with platforms are talking about it, I think the actual level of involvement the people of Hollywood are doing beyond just wearing their little “#MeToo” buttons is pretty lame. (However), just on the scale of your average day-to-day woman, the fact that there’s been more recognition of the struggle that they’ve faced is amazing, and I think more people should be talking about it.”

Women’s rights activists such as Elizabeth Cady Stanton, Lucretia Mott and Susan B. Anthony launched the concept of women’s rights in the United States in 1848. Although these leading activists have been replaced with a newer generation of strong female role models such as Oprah Winfrey, Malala Yousafzai and Beyoncé, issues regarding gender inequality still linger in society.

Modern female oppression is more relevant than ever, highlighted by recent events such as the trending social media hashtag “#MeToo” that became a nationwide movement for victims revealing their sexual harassment stories, the confession of world-renowned film producer Harvey Weinstein, who sexually harassing his subordinates, and Oprah Winfrey’s announcement at the Golden Globes that “Time’s Up” for patriarchal culture.

Along with Walker and Koniaris, José Ortuzar, CHS Democrats  Club president and senior, said his club is an environment where students can openly discuss current issues and injustices, such as women’s rights.

“We just really want to encourage civic activity (and) civic engagement in youth, because I think that’s the most important thing that our club does: just bringing awareness of civic engagement to young people,” Ortuzar said. “Our club is kind of focusing on (gender inequality at CHS) and how we can bring awareness to it.”

CHS Democrats Club sponsor Drew Grimes said one of the main reasons he considers himself a feminist is to ensure a future of equality for his family.

Grimes said, “I have a wife, a son and two daughters, and my wife took my daughters to the (Women’s) March, and that’s very important to me. I was always for equal rights, but when you have little girls, it makes even less sense that women get paid 70 cents on the dollar, things like that. It just infuriates me even more when I have to explain this to my eight-year-old little girl.”

One of the more recent events CHS Democrats attended to show support was the Women’s March in Indianapolis, which occurred on Jan. 20.

“I think the march is really important because you get to show the world and make your voice heard, but it’s not just about showing up for the march and taking a picture,” Ortuzar said. “It’s definitely about activism and the work you do throughout the years, not just that one day you show up.”

A national survey conducted by The Washington Post and Kaiser Family Foundation found six in 10 women and one-third of men call themselves a feminist. As part of that third of the male population, Ortuzar said males introduce an interesting perspective to the conversation.

“I think our world is not equal in any way, so I feel like calling myself a feminist; it’s part of changing culture,” Ortuzar said. “Especially since I’m a guy, I think it’s important to make your voice heard and make other men know that you support women’s rights and that it’s not just a women’s issue; it affects everyone.” 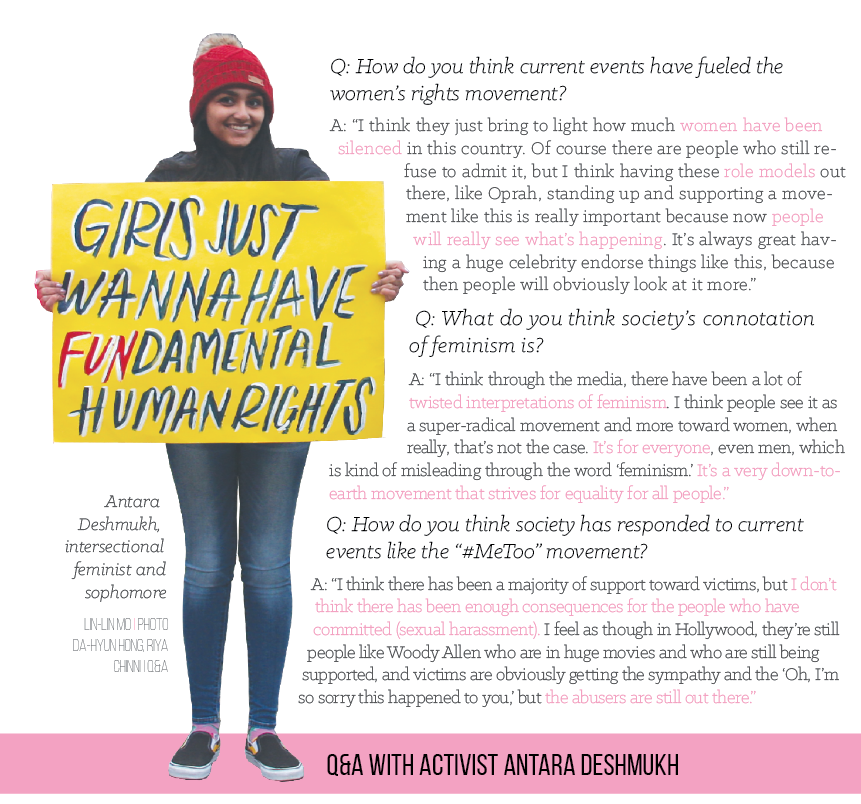 According to USA Today, the term “intersectionality,” introduced in 1989, caused the feminist movement to grow to include a broader group beyond wealthy Caucasian females.

Koniaris said, “I consider myself as an intersectional feminist, actually, so I extend my definition to include more than just male versus female. It’s the different struggles of different social classes, sexualities, racial groups, that type of thing.”

Grimes said he agrees equality stems from awareness about the struggles of different groups of people.

“I think it comes with more exposure, and the more interactions you have with diversity, the more acceptance you will have. We’re all growing together; we’re all learning how to do this together,” Grimes said.

Walker said a culture of disrespect toward women is normalized almost to the point where women don’t realize the struggles they face on a daily basis.

“I think that a lot of it is really just enshrined in our culture, and I don’t think you can separate culture from the school environment. It’s just part of our society, part of culture,” Walker said.

Research conducted in December 2017 by the Pew Research Center stated disrespect toward women is significantly normalized in society, as 45 percent of men in the United States said they feel pressured to join other men when they make remarks about women in a demeaning way. 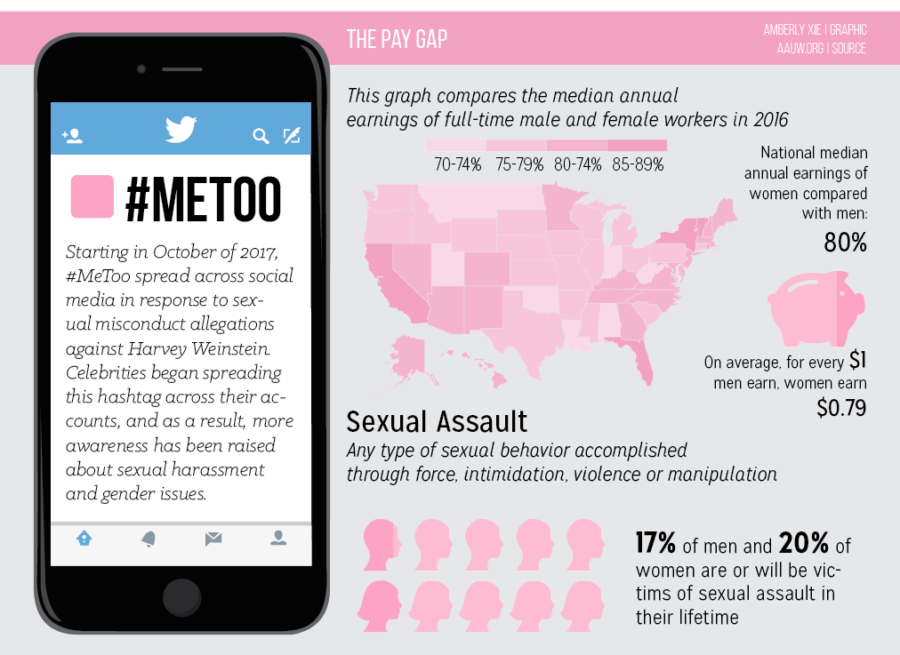 Ortuzar said he has dealt with similar situations before.

“I think there’s been occasions that other guys around me have made sexual remarks about people, but I at least have always been comfortable enough to say, ‘Oh, that’s not cool, don’t talk about a girl like that,’” he said. “It’s obviously degrading to women, and to objectify women’s bodies is definitely not okay in any means or way.”

Koniaris said the statistic of one in five women being sexually harassed in their lifetime, as reported by both the Association of American Universities and the National Sexual Violence Resource Center, is appalling and a change in society must be made.

“I’m currently sitting here with my sister, so if you go with that statistic, there’s a 50 percent chance one of us will be raped. That’s not fun to think about, but it’s kind of the disgusting reality of it and I’d like to change that,” Koniaris said. “That’s why I’m involved in politics. We need to work on not only preventing that kind of thing, but changing the way everyone perceives it and changing the conversation about it.”

According to Walker, a step people can take to address gender disparities is to educate themselves on various issues women must overcome, which will lead to improvements, including a more accepting environment at CHS.

She said, “I think the first step (toward equality) definitely is to educate yourself on the issues that women face. Going with that, with the political power you have once you turn 18, you can vote and vote for candidates who are women, who support women and who support policies that help women from all different backgrounds.”

2 Responses to “The Future Is Female” 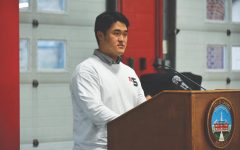 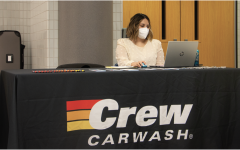 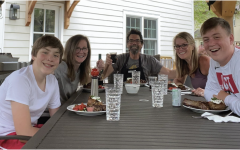 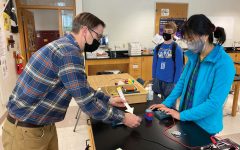 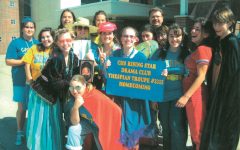