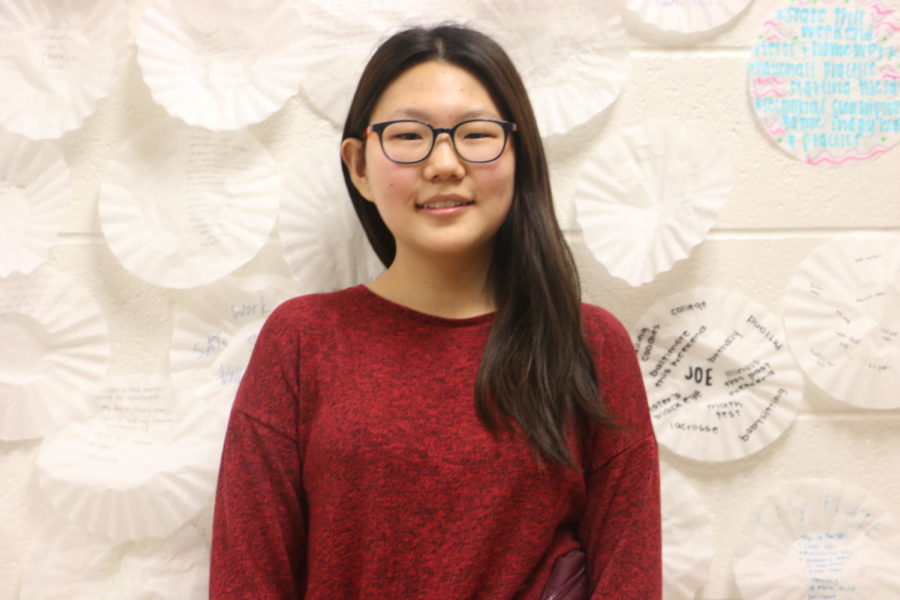 Could you describe your involvement in STEM?

What sparked your interest in STEM?

In the beginning, I had no clue what I wanted to do. But I was exploring around, and I found it really interesting how everything works together in the body. Especially through biomed (principles of biomedical science) and honors Biology, I was inspired to start studying biology.

Has STEM played a role in your identity? Do you plan on pursuing it further?

I’d say it’s definitely a crucial part of my identity. I’d definitely continue it in my future, because first and foremost, I find it really interesting, and I really enjoy learning how everything works. I find STEM a cool field and it’s expanding so much. I would love to do it in my future.

What are your planned careers/majors?

I actually have no clue, but definitely something that has at least a little bit to do with biology.

What has your experience been like as a female in STEM?

I’ve actually not had any incidents, but at the same time, I’ve heard of other people having it. I find it really discouraging, but I won’t let it stop me. Some stories I’ve heard—I went to a math camp in middle school. It was like a national thing, and one of the stories I heard was that girls weren’t actually allowed to be in the math club (at one of the schools). It wasn’t that they weren’t ‘allowed’ allowed, but if they would go, (the environment) was just really unbearable for them.

As someone very involved in STEM, what are your thoughts on other subject areas?

I’d say the humanities are actually really interesting too, because it’s almost like a way to reflect on life, and STEM is what drives everything behind it. Even though they’re considered really separate, it’s really interesting (to see their connections), like if you read humanities books and it talks a little bit about STEM and vice versa.

Do what you really want to do, and have fun. Don’t be discouraged, even if you are a female. Just do the things you like, and if it’s STEM, then you should go for it.